Leo Billon, Sébastien Ratel and Benjamin Védrines have just completed their winter Alpine Direttissima Trilogy with an ascent of the Gogna-Cerruti on the North Face of the Matterhorn. 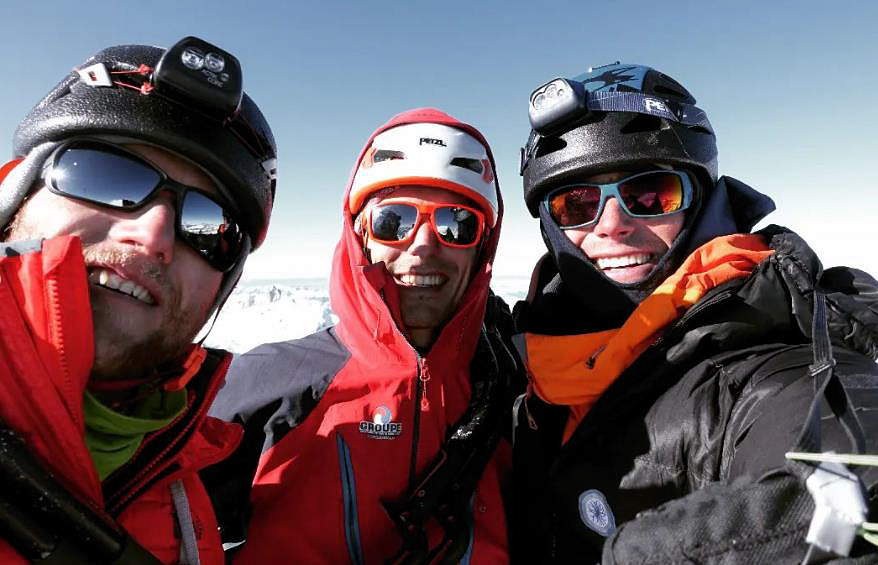 Members of the elite Chamonix High Mountain Military Group (GMHM), the three French Alpinists set themselves the daunting project of climbing the three great Directtissima routes on the three north faces in winter; the Harlin Route – the so-called Eiger Direct – on the Eiger, the Directe de l'Amitié on the Grandes Jorasses and then finally, the Gogna-Cerruti on the Matterhorn.

As we reported previously, Leo Billon, Sébastien Ratel and Benjamin Védrines, ticked off their first objective, the Eiger Direct, over a four day period January 12th to the 14th. Remarkably, their ascent of the Harlin Route was the first alpine-style winter ascent of that route. Click through here for our report on that report. 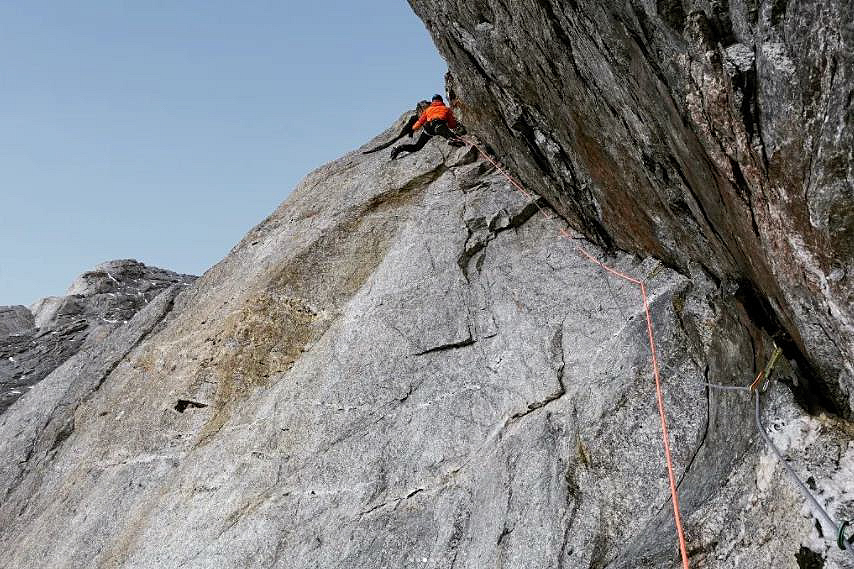 Their next Direttissima, the Directe de l'Amitié on the North Face of the Grandes Jorasses in the Mont Blanc massif was climbed just day’s later between January 24th and January 26th.

The Directe de l'Amitié was first climbed by Louis Audoubert, Michel Feuillarade, Marc Galy and Yannick Seigneur in January 1974 using siege tactics similar to those used on the Harlin Route and the Japanese Direct on the Eiger. From their base camp below the Grande Jorrasses the four Frenchmen, using hundreds of pegs and fixed ropes, endured savage weather conditions before they completed their route over a 20 day period.

The second ascent, climbed over a five day period and in alpine-style, of the Directe de l'Amitié followed in September 1977 by Nick Colton and Roger Baxter-Jones. The route was climbed predominantly free during the third ascent by French Alpinists Fauquet, Vimal, Rhem, Escoffier in 1994. However, their lightweight, alpine-style ascent almost ended in disaster when they were trapped and benighted in a storm just below the summit.

After making a rare repeat of the Directe de l'Amitié in September 2014, the late Korra Pesce described the route in a write-up for PlanetMountain as 'the most challenging route up the Jorasses and the line that satisfied me the most.' The 1100m long route - which finishes at Pointe Whymper – is graded VII, M7/A3, 90° in ice conditions or F6c, F7a/A1 in dry conditions.

Billion has also described his ascent with Ratel and Védrines to PlanetMountain saying: “It really is a great climb, all three of us were impressed with the first ascensionists! The wall is very steep, sustained, and difficult right until the top. There was some protection in-situ, but not a single bolt. It's one of the most beautiful routes I've ever done in the Alps. We climbed all pitches free up to M8, except for one, the A3 aid pitch. Trying to free it proved adventurous, unfortunately we didn't succeed.” 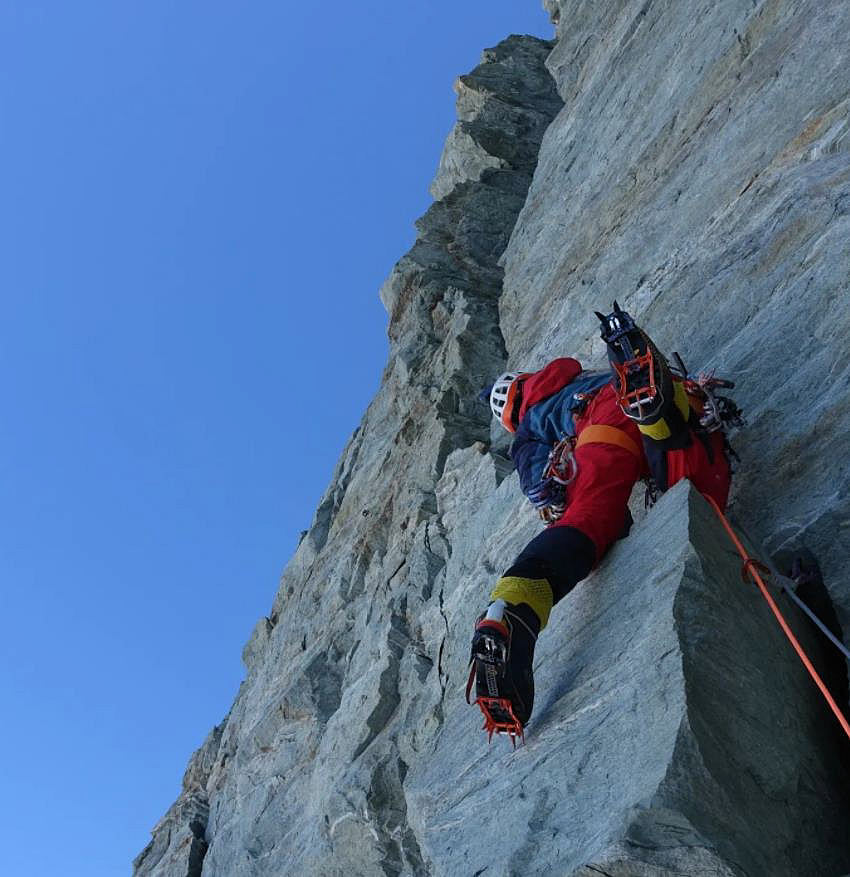 Finally, the tri completed the famous Gogna-Cerruti on the North Face of the Matterhorn on Wednesday the February 9th. The weather window for their final Directtissima was very limited and their ascent, therefore, something of a gamble as Védrines explained on Facebook after their ascent: "The wind, the fresh snow, all the elements were unleashed the day before our departure and we hesitated right until the last moment. Without a bivy, and with strong winds predicted for the night from Wednesday to Thursday, we had to get off the face at all costs! There was no room for error. A bold gamble." As it was, the trio – having bivouacked at the base of the north face on Tuesday night - climbed rapidly throughout the day on Wednesday to summit at 18:30. They descended and spent the night at the Solvay Hut and then descended into the valley on Thursday.

Remarkably, the three French Alpinists have taken less than a month to complete all three renowned Direttissima routes.