Climbing in Alpine-style, members of the military climbing group, Chamonix GMHM, have made the first winter ascent of the famous Eiger Direct route. 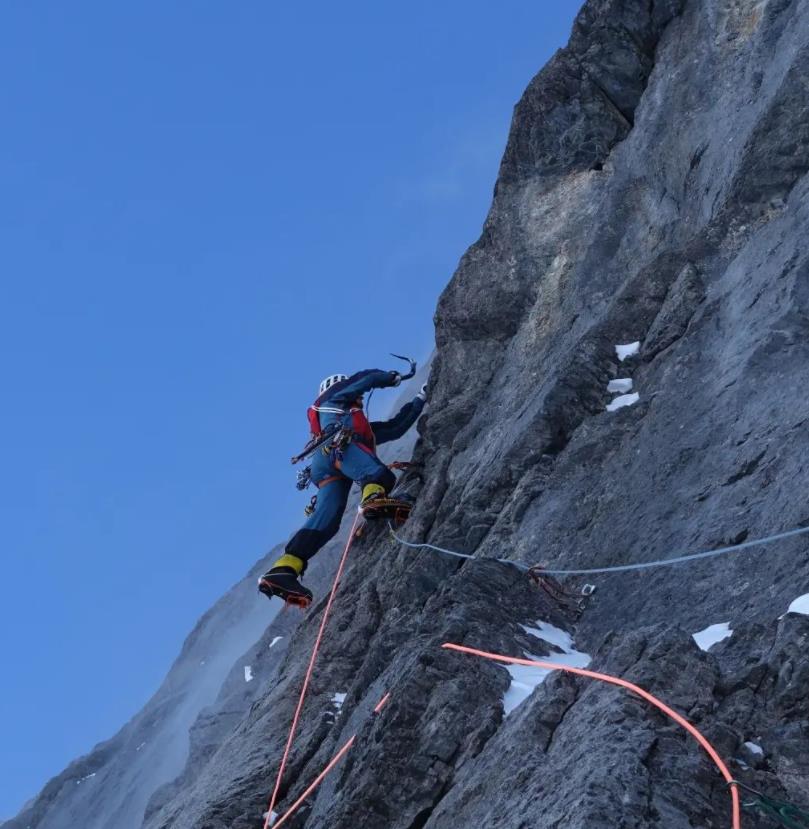 A report posted online by the Chamonix GMHM, confirms that between January 12th and 16th three members of the Chamonix GMHM, Leo Billon, Sébastien Ratel and Benjamin Védrines climbed the Harlin Route on the North Face of the Eiger – a.k.a. The Eiger Direct - in Alpine style. The brief report states that the group took four bivouacs and that they had good conditions for their ascent. As yet, no further details of this remarkable ascent have been released by either the Chamonix GMHM nor the climbers – all of whom are believed to be mountain guides. 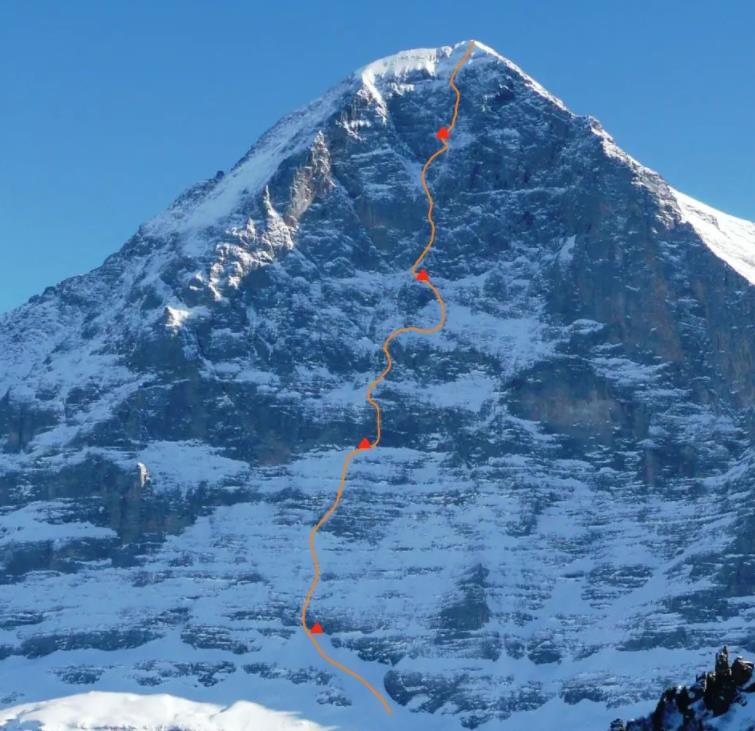 The Harlin Route dates back to 1966 when American Alpinist, John Harlin, assembled a cutting edge team to tackle the first ascent of this 1,800m route. Alongside Harlin, the team comprised American aid-specialist Layton Kor and the renowned Scottish mountaineer Dougal Haston. Chris Bonnington, initially with support from Don Whillans and latterly from Mick Burke, was employed by the Daily Telegraph to photograph the climb.

However, whilst Harlin - himself recovering from a shoulder injury - and his team waited for settled weather to begin their climb a German team, who were also intent on climbing the same route, pressed ahead on the route using siege tactics and deploying snow-holes and camps.

As time passed however the two teams began to work together. Sadly, and with success just days away, John Harlin fell to his death as a result of a jumaring accident whilst climbing up to the White Spider. Subsequently, and in the teeth of a horrific storm, a group comprising Dougal Haston and Siegfried Hupfauer, Jörg Lehne, Günter Strobel and Roland Votteler, summited on March 25th 1966, the day of John Harlin’s funeral.  Named in John Harlin’s honour, the Harlin Route was considered one of the hardest routes in the Alps at the time. A number of accounts of the ascent have been published including that by Sir Chris Bonnington in 1967 in the American Alpine Journal; click here to read that.

Like the original 1938 Route – originally climbed by Anderl Heckmair, Ludwig Vörg, Fritz Kasparek & Heinrich Harrer on July 24th 1938 – the Harlin Route become a revered testpiece. Over a decade later American Tobin Sorenson and British climber Alex MacIntyre made the fourth ascent of the route reducing the aid considerably. Sorenson, a renowned and super bold rock climber, reduced the aid on the infamous Kor Traverse pitch on the Central Pillar – originally given A3 – to just one point! Their ascent was completed in October 1977. 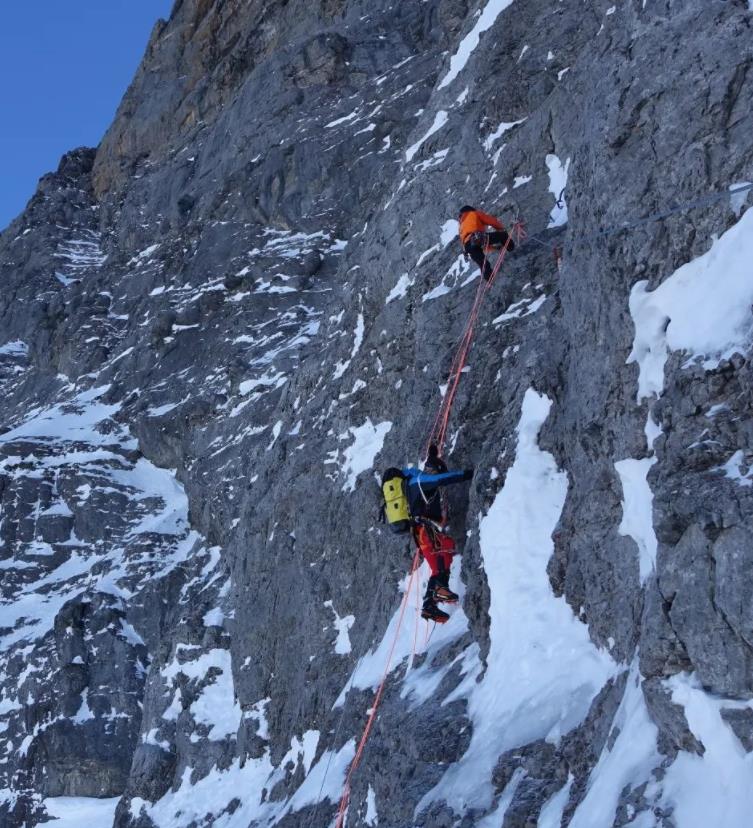 Ultimately, the Harlin Route was finally free-climbed in October 2010 by Swiss Alpinist and guide Robert Jasper during an ascent with Robert Schaeli. Their free ascent bumped the Harlin Route up to ED4 and involved M8 mixed climbing as well as rock climbing up to E5.

The first Alpine style winter ascent almost fell in the winter of 2011 to three French Alpinists. They climbed most of the Harlin Direct over seven but bad weather finally forced them to exit via the White Spider. Two members of that group, Pat Glairon-Rappaz and Cédric Perillat-Merceroz had previously repeated Rolling Stones on the North Face of the Grande Jorasses over a four day period earlier that January. As we reported recently, that route has just been soloed for the first time by French Alpinist Charles Dubouloz – click here for that report.