Tragic news is emerging from K2 that Scottish climber Rick Allen has died in an avalanche whilst trying to climb a new route on the southeast face. 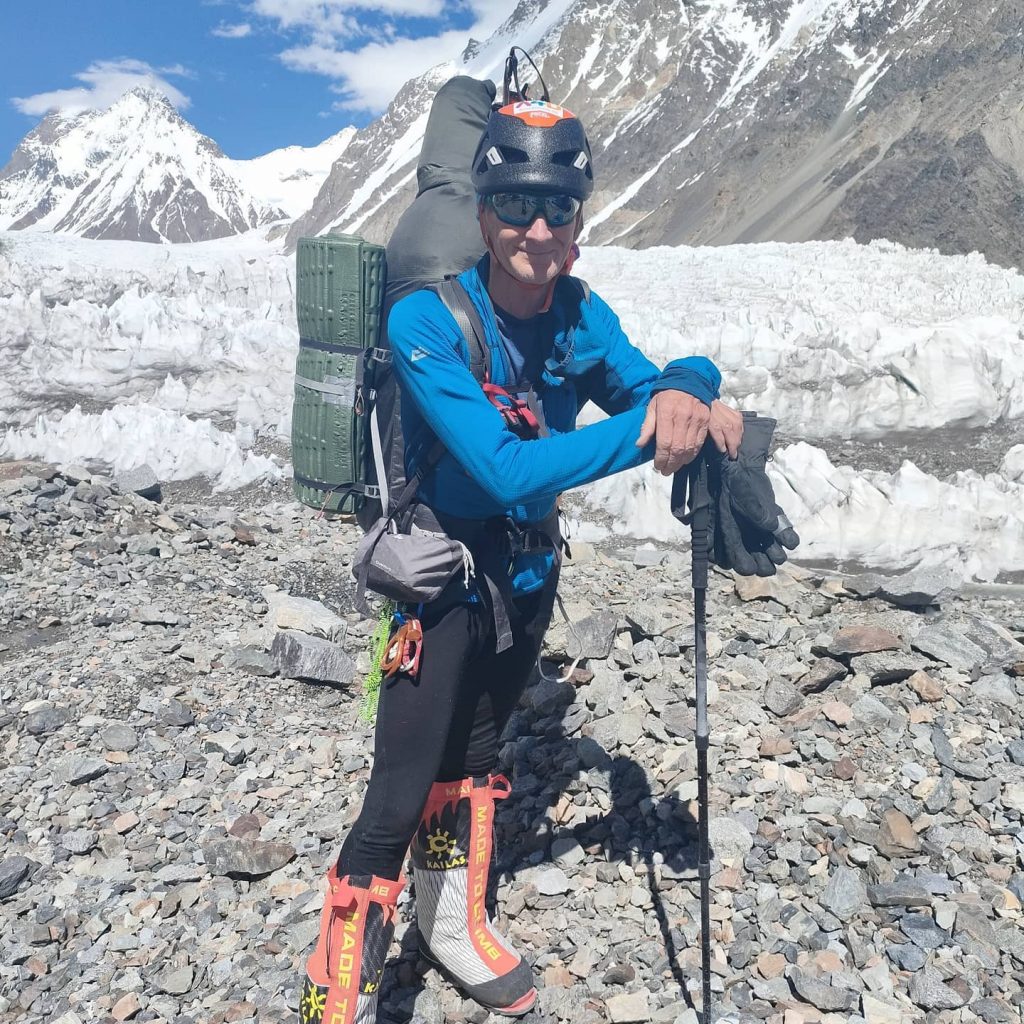 Allen was attempting the new route in pure Alpine style with two European guides, Jordi Tosas of Spain and Stephan Keck of Austria; both Tosas and Keck survived the avalanche that killed Allen. Exploresweb report that Tosas and Keck have since been evacuated by helicopter via long-line and returned to Base Camp. Subsequently, Keck was flown to hospital in Skardu although Tosas stayed on in Base Camp.

Allen was a highly experienced climber and a committed advocate of Alpine-style mountaineering. Climbing with Sandy Allan he made the first-ever complete ascent of Nanga Parbat’s Mazeno Ridge in 2012 – an ascent which earned them a prestigious Piolet d’Or award. In 2018, during an attempt on Broad Peak, he became lost in poor visibility; subsequently, he was found by a search and rescue mission when drones being used to film a ski descent of K2 were diverted to use in the S&R operation. Click here to read that report.

Jerry Gore is also on K2 and had been climbing previously with Rick Allen on Broad Peak. Gore however was attempting K2 with Ishaq Ali by the ‘normal route’ and was unaffected by the avalanche. Announcing the sad news on his Facebook page Gore said this about his friend: “Rick died doing what he loved. His greatest achievement was the Mazeno Ridge on Nanga Parbat with Sandy Allen in 2012 which was the last, great unclimbed Himalayan route. He had an amazing ability to climb fast over 6000m.”

Gore adds that whilst he has lost numerous friends in mountaineering accidents he counted Allen as probably his closest friend saying of Allen; “He was an eccentric Scottish gentleman and was kind and compassionate to the end. He was just a really lovely person. He leaves behind few close family members but a lifetime of extraordinary experiences. He died aged 66. The climbing world has lost a true legend.”

Whilst Gore and Ali intend to descend to Base Camp other mountaineers climbing K2 by the Abruzzi Ridge route continue with their expeditions.