After considerable effort Eder Lomba, a UK-based Spanish climber, made the second ascent of Rainman (F9b) at Malham last Friday. 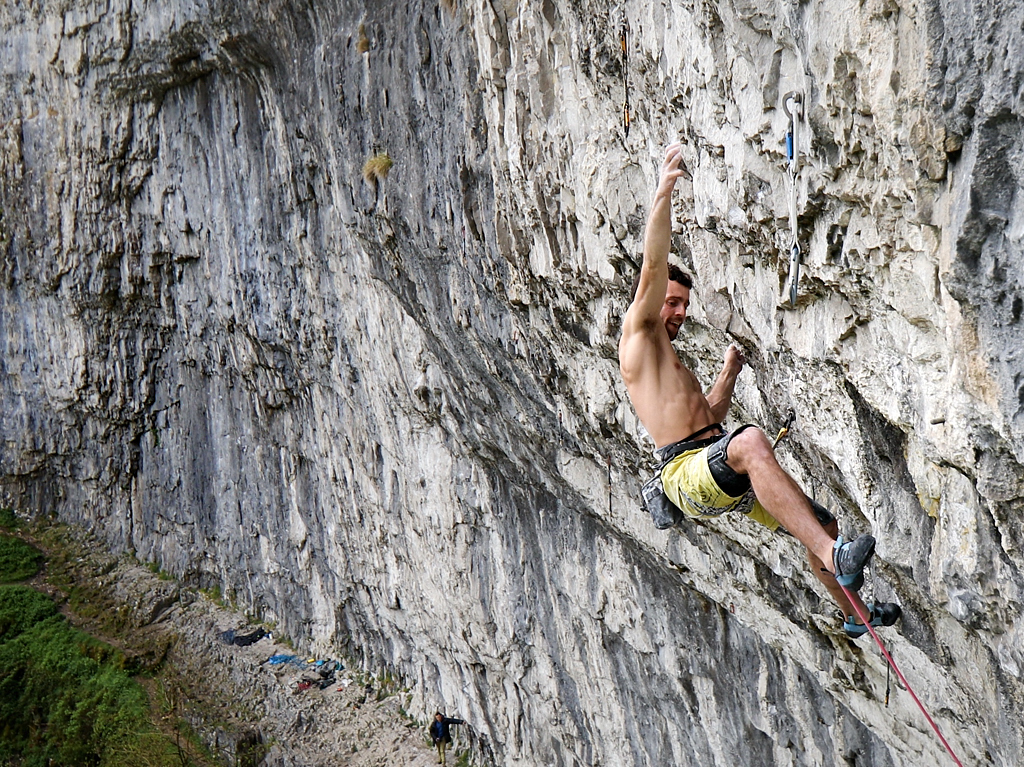 As we reported back in October 2021, click here for that report, Eder Lomba, Josh Ibbertson and Toby Roberts – having all repeated Batman (F9a/+) last year – were concentrating their efforts at Malham to repeat the Steve McClure testpiece, Rainman. When Steve – then aged 46 - climbed Rainman back in 2017 it was the culmination of seven years of effort. Read our report on his ascent here. It was then, and remains, the UK’s hardest sport route.

Eder has numerous days on Rainman and been getting closer and closer to a successful repoint ascent. Last Friday, he finally made it through the upper crucial moves on the headwall after which a final section of easier, although still difficult, climbing on Bat Route remains.

Climber are in in touch with Eder and will bring more details as soon as possible so watch this space.

Meanwhile, here’s a short video of Adam Ondra trying Rainman back in November 2017.  Just months after Steve’s successful first ascent of Rainman, Adam Ondra paid a flying visit to the UK to talk at the Kendal Film Festival. Whilst in the UK Adam spent a day at Malham trying Rainman. The short video, made by Keith Sharples for BMC TV, can be seen on the BMC’s YouTube channel and below…