Tom Livingstone and Tom Seccombe have just completed what is thought to be the first free ascent of Voie des Guides on Les Dru giving one of the hardest mixed routes in the Alps.

“I think it is one of the harder alpine routes I’ve done,” said Livingstone. It was third time lucky for Tom Livingstone on the Voie des Guides; two previous attempts – firstly in January with Rob Smith and then later with Matt Glenn – had been unsuccessful.

The first ascent of the 850m mixed route was originally done with some aid back in 1967 by Yannick Seigneur, Michel Feuillerade, Jean-Paul Paris et Claude Jager. The iconic face of Les Dru dominates the view from Montenvers and unsurprisingly it’s seen a number of determined attempts previous. Two of the top Alpinists of the area, Jeff Mercier and the late Korra Pesce, attempted a free ascent in 2012 but were defeated by the difficult climbing which was rated at ED+, M8+ by Livingstone and Seccombe. Members of the famed Groupe Militaire de Haute Montagne, in the news recently with their epoch ascent of three great mixed north faces this winter (click here for that report), had also tried it but again hadn’t been able to complete all the climbing free. 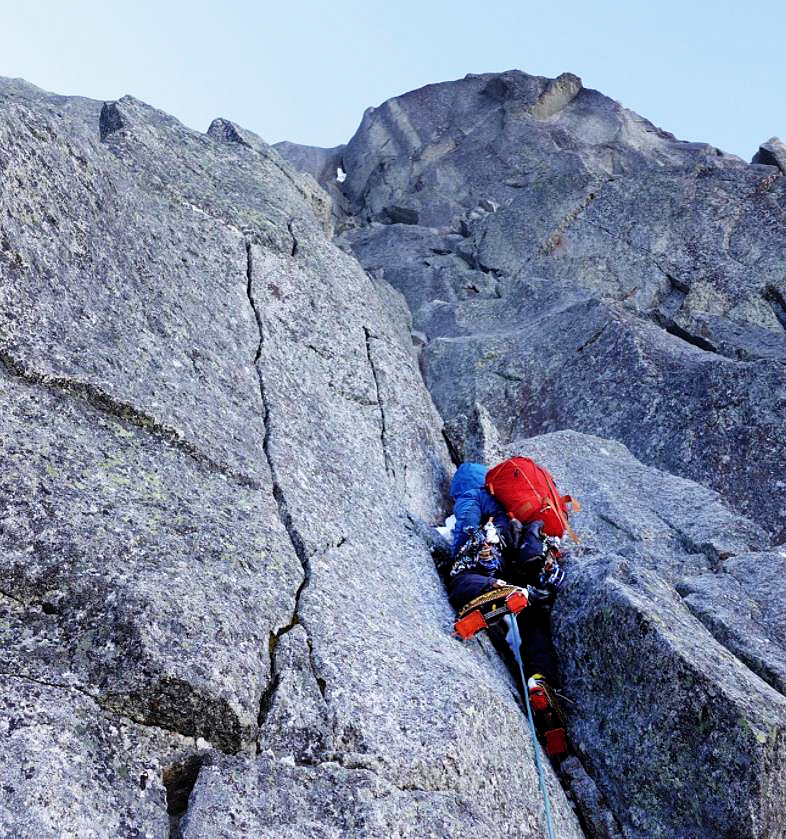 Livingstone describes his first two attempts earlier in the winter online. His first attempt with Rob Smith they got to about 1/3rd height before bailing out due to the cold. It was equally cold for Livingstone’s second attempt but, climbing in all their clothes, they managed to push up higher. Livingstone describes the attempt: “The 2nd go (with Matt Glenn), was also freezing! We often climbed in all our clothes. Still, I was happy to onsight the pitches above my previous high point, including the first M8+. It has an overhanging crack which gets thinner and thinner, with fewer footholds. High steps and granite crystals between shallow pick placements led to the belay; then we bailed. If it’s forecast -21C at night… it probs will be!”

Seemingly a glutton for punishment, Livingstone returned in early March for a third attempt – this time with Tom Seccombe. Crucially, it seems, the cold wasn’t as extreme for this attempt as Livingstone describes how it unfolded:

“Returning a few days later with Tom Seccombe and warmer temps, we climbed to the Niche. Again, I freed all pitches and marvelled at the steep terrain. Unfortunately, we only found a poor snow ledge to sleep on. On day 2 we forged up the left side of the Niche, our arms and minds tired. Tom S. led up looser terrain then pendulumed across the famous Quartz Vein. I teetered along as snow flurries fell. Since I’d freed this pitch, I decided to go ‘full attack’ for the rest. I launched up the second M8+ pitch, a corner which ended with a 2m roof. I launched into the roof and pulled the lip. Power screams helped my axes stay in baggy torques, and I had the full exposure of the Drus below. I was pumped!

We crashed into the tent. Waking up, fresh snow worried us. We’d also run out of proper food since we didn’t expect (or want) 2 bivies. We ate a few boiled sweets for breakfast. Tom S. climbed the final hard pitch and I freed it on second.” 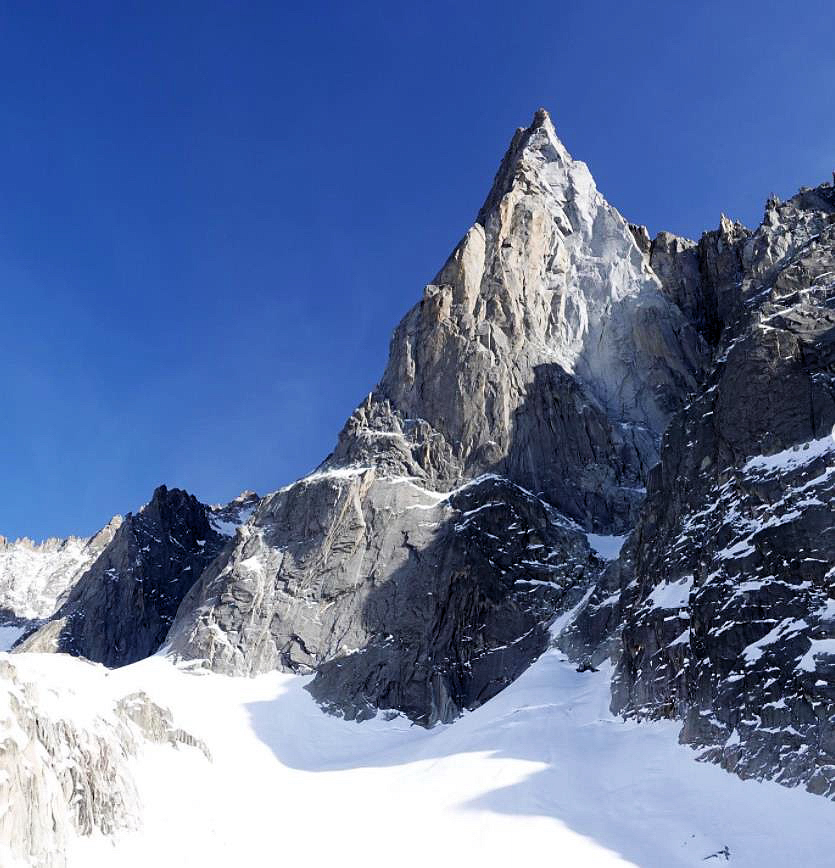 Summing up the ascent Livingstone said: “We summited hungry but content. I’m happy to have freed it (although don’t mind if it’s the FFA or 10th). It was a great adventure with lots of modern, difficult climbing!”

Livingstone’s ascent of Voie des Guides on Les Dru comes after a full-on winter climbing in both Scotland as well as the Alps.

In Late January and climbing with Christophe Dumarest, Livingstone made the first ascent of Changing Corners, a 250m mixed route on the north face of Pointe Adolpha Rey. The suggested grade of M7 for the seven-pitch route might still be a bit stern but less so than Tom’s original suggestion of M6+.