Whether you’re dusting down your rack after a winter lay-off, or de-winterising it following a season of snowy adventures there’s a fair chance that it needs a bit of an overhaul or even, dare I say it, an inspection before you start the 2013 season of rock. The OCD amongst us will be streets ahead, as you’ve probably been counting out and in every last karabiner each time you climb and, therefore, noting any abnormalities as they arise. Those with a more laissez-faire attitude to gear sorting (which I’m guessing is the majority) will no doubt find your heap of gear much as you left it last time it was used, in an unruly jumble in the bottom of your rucksack. If you fall in the latter camp then these few simple pre-season checks are a pretty smart idea.

Luckily this sort of damage tends to be really obvious; dented nuts that have been battered in and out of cracks with razor sharp picks are easy to spot. Frayed wires and burrs on the metal itself are common and in themselves may only cause a marginal weakening but have the potential to damage textiles so should be sanded down with some fine-grained sandpaper. At the same time check the slings on cams and torque nuts/hexes for nicks caused by inaccurate swipes with a pick when taking them out. Look out for wired nuts that have become permanently kinked at the junction between nut and wire thus creating a weak spot. 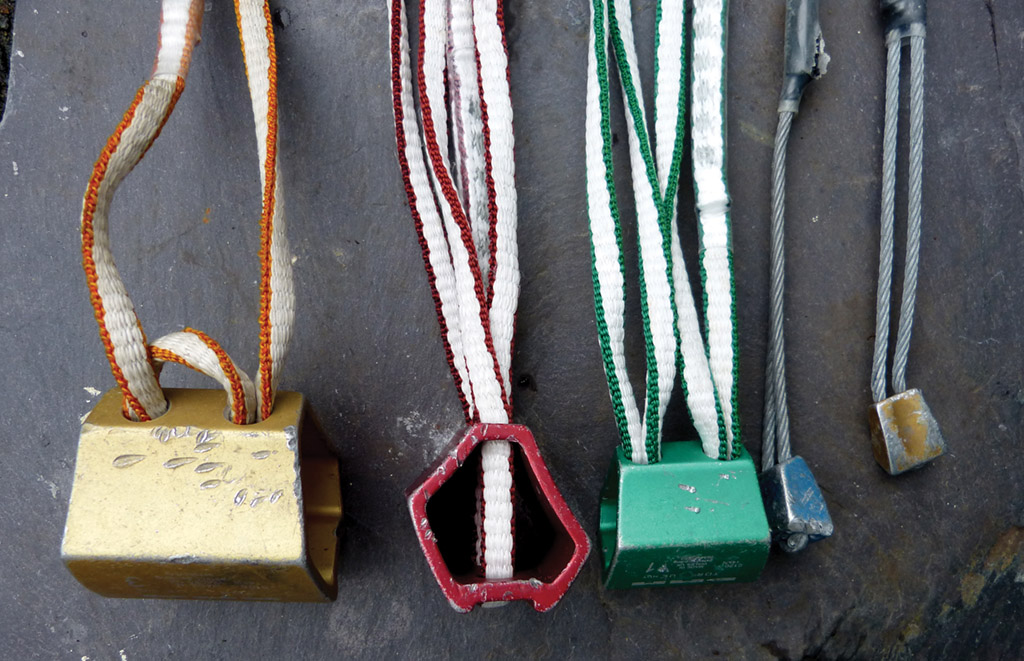 All gear, but especially textile products, degrades with time regardless of use, which is why manufacturers are obliged to recommend a shelf life as well as a lifespan while in active service. The tech geeks amongst you who have compared the small print will know that there are few hard and fast rules that apply across the board. For textiles DMM and Wild Country recommend a 10-year maximum lifespan from date of manufacture and five years from date of first use, while for metal components there’s a 10-year maximum lifespan. Black Diamond also recommend a10-year maximum lifespan for textiles but suggest five to eight years with occasional use and two to five years with frequent use. Petzl simply state 10 years maximum lifespan from date of manufacture for textiles and an indefinite lifespan for metallic products. So quite a difference, but what they all agree on is the need for regular inspection, keeping a log and retirement on the signs of visible damage (N.B. Retirement does not mean putting it up on a well-known auction site.)

Abrasion and UV damage cause the most significant weakening to textiles. Abrasion is spotted quite easily by checking for loose threads, cuts, scuffing, furring and burns, paying particular attention to the areas of safety stitching, the central loop on your harness and the areas hidden by the buckles. If you never adjust your harness leg-loops for example loosen them off and take a really close look. Don’t forget to check the slings on cams; these will need replacing long before the cam unit itself does (most manufacturers offer this service). The extent to which visible signs of abrasion will weaken a piece of gear is impossible to quantify without testing it to destruction, but when such studies have been run there is always some weakening especially when age and abrasion are combined. Slings that appear furry (i.e. abrasion damaged) are normally weaker than those that have been partially cut. If in doubt seek a second opinion. UV damage can be harder to spot but usually appears as fading. If you predominantly climb in the UK and have faded gear on your rack it’s probably very old. A more significant risk is the UV damage to in-situ gear (unless you’re an ardent stuck-gear retriever). 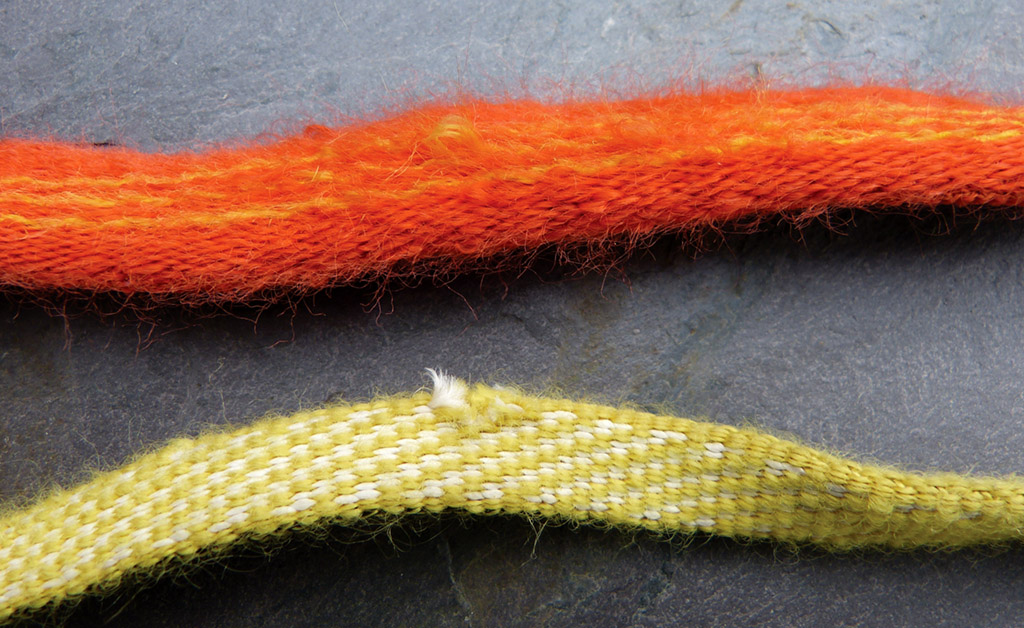 Grooving on karabiners has been proved to be a significant hazard. Gritty ropes running with some friction through light alloy karabiners will erode a groove relatively easily. The groove then presents a sharp edge with potential to cut the rope (this has happened). In-situ quickdraws are most susceptible but not exclusively so take a look at your stock. Even one millimetre of wear on metal products could create a potential problem so they should be retired at this point. 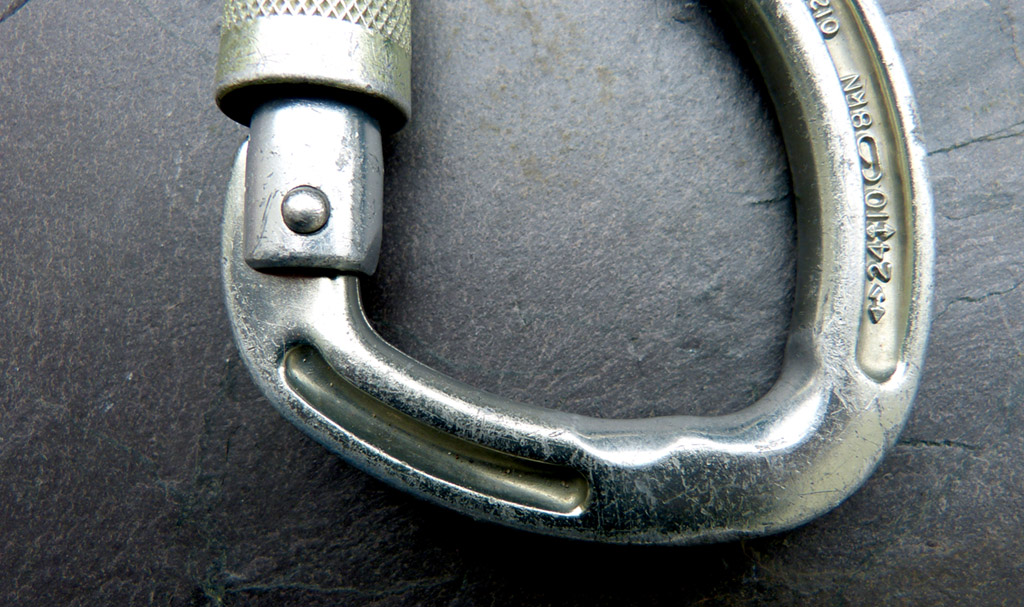 Everyone tends to have a mish-mash of gear on their rack (well maybe not you extreme OCDers), and it’s impossible to know the age and history of every piece. So take the time to take a look at those old karabiners you’ve acquired along the way; do they still meet today’s minimum strength requirements? Closed gate 20kN, Open gate 7kN, Minor axis 7kN.

Not all gear trends are healthy for the longevity of our gear, especially if it’s used inappropriately. It’s no surprise that small lightweight karabiners are not designed for heavy repetitive use; a lightweight I-beam construction karabiner used regularly with your belay device will wear quicker and need replacing sooner than one made from large diameter rod. 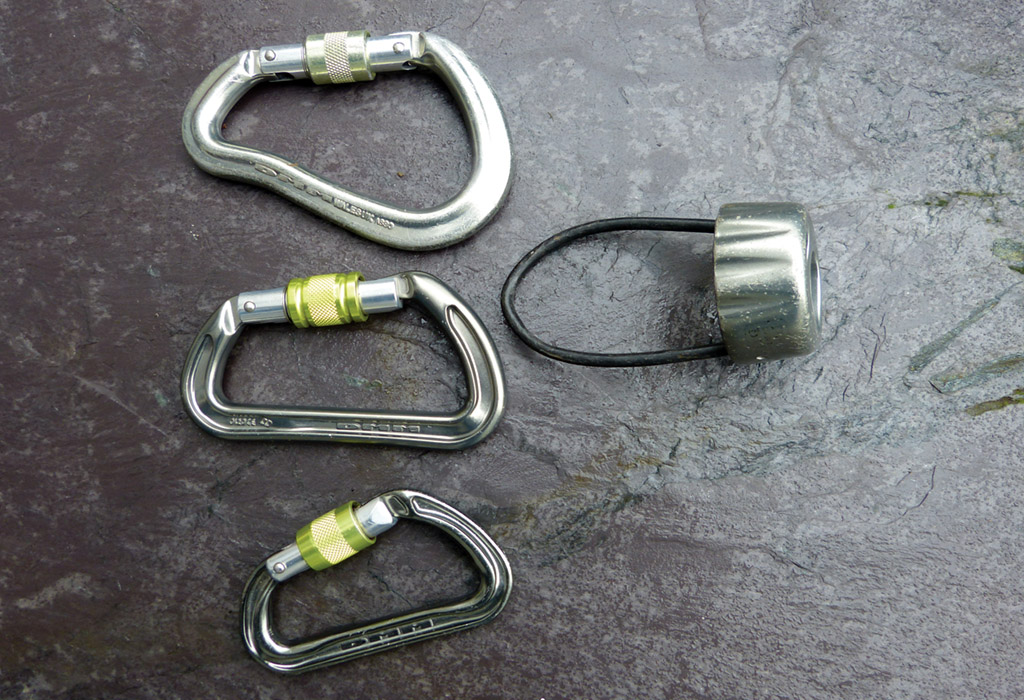 Save your lightweight wiregate quickdraws for the situations they were designed; longer trad routes, winter and Alpine climbs where total rack weight and bulk is a major factor. Use beefy quickdraws for sport and try to keep them separate. Always have a distinct bolt karabiner and rope karabiner on each quickdraw; nicks can develop in the karabiner from contact with the bolt hangar, which could be enough to damage the rope. Clean-nosed karabiners not only make clipping the bolt or piece of gear smoother but are less likely to be mis-clipped and stay hanging part-opened. Happy spring cleaning. 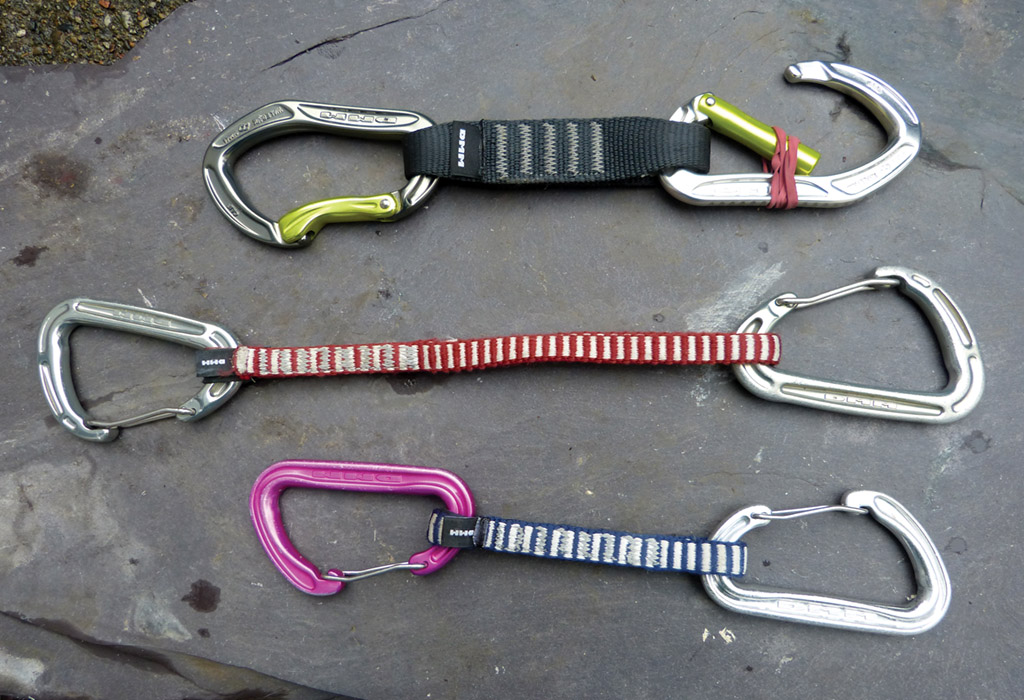