A few years ago I was on a ledge not far from the top of Cloggy where a whole bunch of routes converge. It’s a wild spot and the overhang looming above is the crux section of the classic VS Longland’s. It was a busy weekend and quite a crowd was building behind a poor out-of-depth second who was being talked through prusiking by an out-of-sight partner high above. Needless to say it wasn’t going well! It was easy to tut and conclude that they shouldn’t have been there but we’ve all been there too I’m sure; out of our depth, not properly prepared, bitten off too much etc. This team was just unlucky to have an audience. Anyway, it all worked out, the audience rallied and supplied a couple of helpful shoulders to stand on to get past the worst of it, and I’m sure that later on the pair reflected on the day and decided that a few clever ‘just in case’ techniques would be handy to learn.

Learn this one technique and you’ll have a means of escape and self-rescue that gets you out of a hole in a number of scenarios. Should you ab in only to find that your route isn’t climbable you can prusik back up the ab rope. If you’re faced with a pitch you can’t get up or you’ve fallen off onto steep unclimbable ground, you can prusik to get yourself back onto the rock. It’s also the very same technique you will use if you ever find yourself dangling in a crevasse. The prusiking system we’ll look at here is simple and rememberable even for the most knot-dyslexic of us; the struggling second on Longland’s would have been up in a flash.

As a minimum carry two prusik loops created by tying a fisherman’s knot (two stopper knots back to back) in a 1.2 – 1.5m length of 5mm cord. (6mm cord works fine on thicker ropes but grips less well on thinner ropes). Have them clipped to the back of your harness, they won’t get in the way and there’s barely any extra weight. As an investment it’s a no-brainer; 3m of 5mm cord will cost you less than a fiver.

Use the join of the loop to make wraps around the rope and through itself, two wraps are normally enough and then pull the join out to the side to tighten the wraps. Straighten them out so they’re not crossed; they’ll grip the rope much better. Pull sharply down to check it’s biting and if its not you may need an extra wrap or to straighten it out better. If the rope and prusiks are close in diameter (thin rope with thick prusiks) they won’t grip so well. 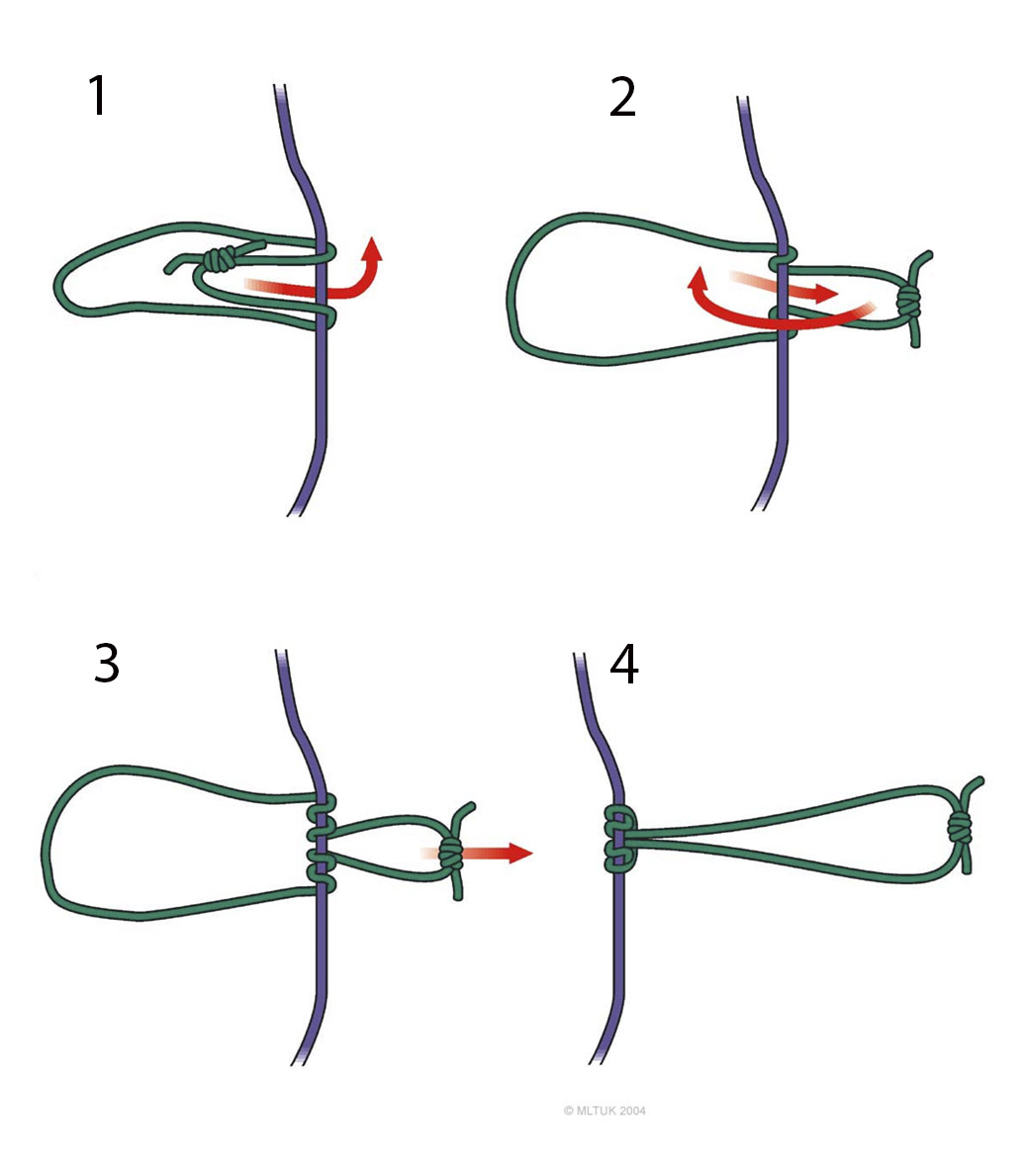 This cunning prusik knot is made by simply wrapping the prusik loop roughly four times around the rope, and bringing the two ends together. It’s clever because it grips on the rope when loaded, but can also be released while still under load that’s why it’s used as an abseil back-up and in rescue scenarios as a clutch. When you’re prusiking make sure you don’t pull up with your hand around it and release it while you’re hanging on it! 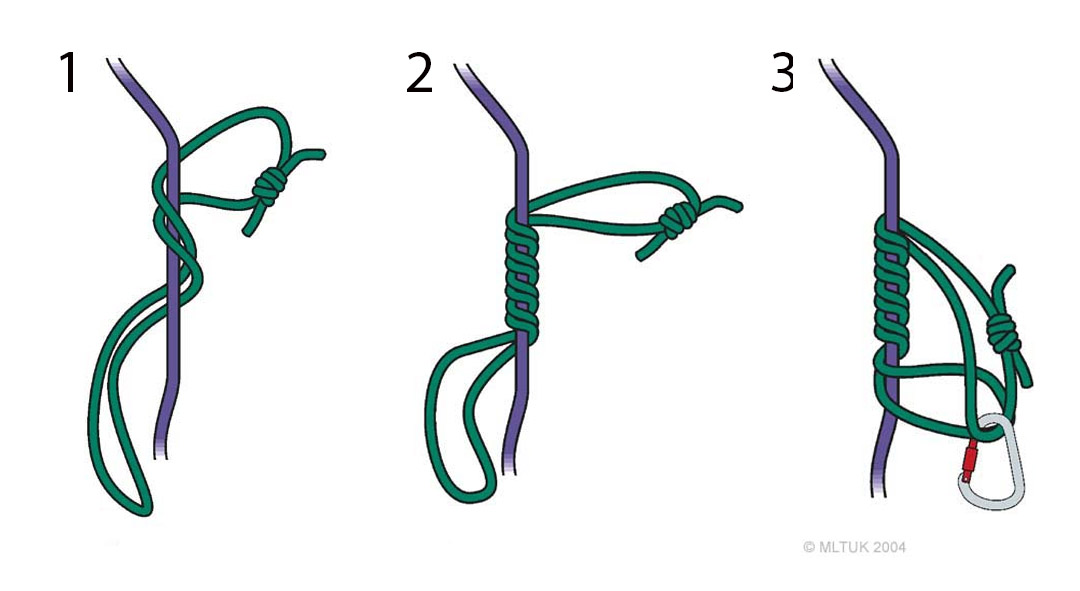 Although very simple it takes a few goes to get smooth and efficient, you need to get into a rhythm. The comparative length of the prusiks is important; the top one need only be the length of the prusik (about 50cm) above you but the lower prusik will be extended with a sling to make the foot loop.

Not everyone carries a set of prusik loops on their harness but most of us carry slings. Not all the prusik knots work with tape slings but the klemheist is pretty good, so if you haven’t invested in prusiks yet learn this one. Start off as for the French prusik but after 4-6 wraps feed the long end up through the short end and pull down to tighten.

Hang a rope off a tree or down a small crag to practice before you have to do this for real. Don’t put blind faith in the prusiks; they do slip. Always have a clove hitch back-up so you’re attached to the rope ‘properly’.

About Libby Peter
Libby has been climbing for over 20 years, she is a qualified Mountaineering Instructor and International Mountain Guide and is author of Rock Climbing – Essential Skills and Techniques published by MLTUK (second edition now out!). She also produced Get Out On Rock – the definitive instructional DVD, you can see a taster of this at www.libbypeterclimbing.co.uk