This is the third in a series of five articles from Lakes-based climber and mountaineering instructor Wes Hunter from adventurehunter.co.uk celebrating the brilliant and diverse nature of rock climbing in the Lakes. This time twelve of the best rock climbs in the eastern Lake District covers the fells to the east of Borrowdale and Langdale.

With the exception of Castle Rock, many of the crags listed here are visited relatively infrequently. This is partly due to bird nesting restrictions that may apply, but also because many of the crags face north and east and need a good spell of dry, warm weather to be in the best condition. Some of the crags also require a reasonable amount of effort to get to and this combination of factors might put people off if more convenient alternatives are available. The plus side is that those who do make the effort are likely to find solitude and climbs that are as good and challenging as any in the Lakes.

So as to try and showcase routes right across the grade spectrum (apart from those at the very top end), each article includes four easier routes (Diff – VS), four medium grade (HVS – E3), and four harder (E4 – E6/E7). Hopefully, once we’re able to get out onto the crags again it might inspire you to get out and do one or two.

Gouther Crag lies in the secluded agricultural valley of Swindale in the far east of the national park. It has the feel of a place that time forgot. A backwater of sorts that is often overlooked, however, it has much to offer the inquisitive climber. Its proximity to the M6 means that it’s a perfect stop-off for those who are travelling or day-tripping. Another big plus is that it gets far less rainfall than the central and western fells. Having said that, it is still primarily a north-facing crag so generally better to climb here in the summer months.

The crag is split over a number of buttresses with loads of great routes. Truss Buttress and a lovely little route of the same name are pretty much the first to be encountered on the approach to the crag. It’s one of the most obvious lines here. A big aesthetic rounded arete which is a delight to climb and on great quality rock throughout.

The south crag of Castle Rock has loads going for it. A short approach and westerly aspect means it receives any late morning and afternoon sunshine that’s going. It is, without doubt, the most popular crag in this list and home to a lovely collection of predominantly lower grade routes, many of which are long single pitches with a couple of multi-pitch climbs too. Via Media is a long and intimidating pitch at the grade and feels quite steep in its upper half. The lower slabs steepen just above half-height when bigger holds and good gear become more frequent. 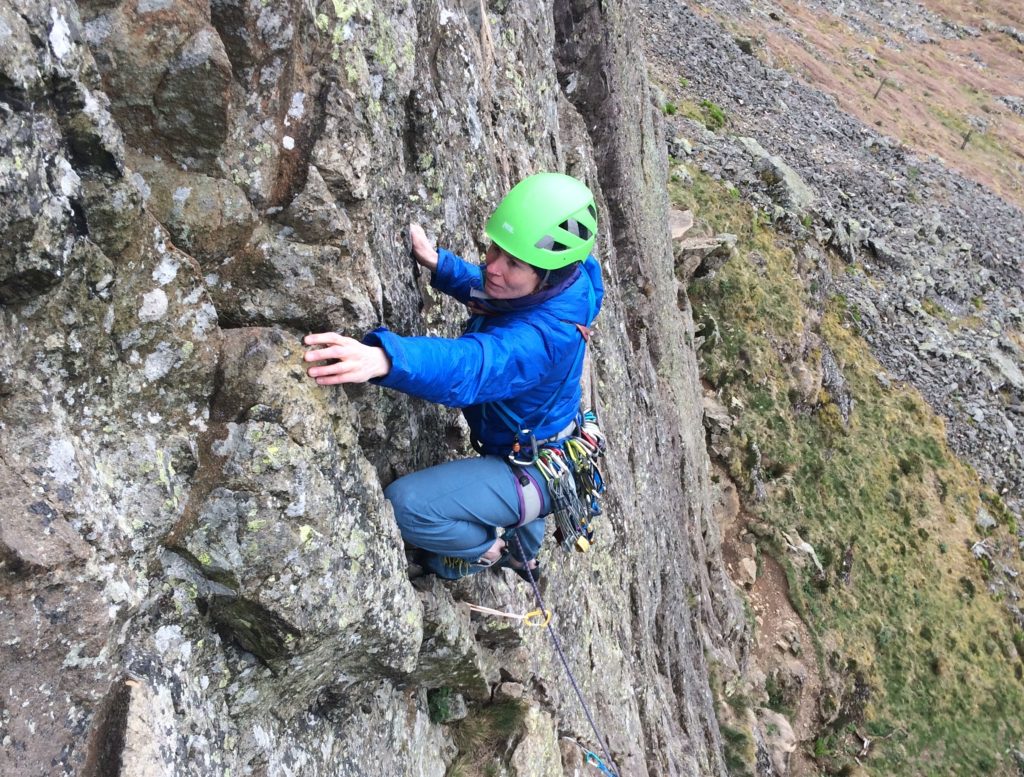 Overhanging Bastion on the neighbouring north buttress is the classic of its grade in the area, however, due to a big rockfall in 2018, I’m reluctant to add it to this list. The top section of Overhanging Bastion was affected by the rockfall, but the good news is that it has been reclimbed since. It may, however, be prudent to give it a bit more time to stabilise. It’s worth noting that the rockfall was anticipated and monitored for a number of years beforehand and was largely the result of tree roots expanding deep inside a crack system. In the meantime, Kleine Rinne is another lovely route and a great runner up that is climbed on well-featured rock that is so characteristic of many routes on this crag.

The gently rolling dale of Longsleddale is readily accessible from Kendal and better known as the place where Postman Pat actually comes from. Express Crack is a great little route and well worth a visit in its own right… a mini Cenotaph Corner of sorts (okay, not that good!) which gives strenuous but well-protected climbing. The crag dries quickly and faces south-west so gets plenty of sunshine, and there are also some great swimming areas in the river down below for a post-climb swim. What more could you ask for? Totalitarian on Raven Crag Thirlmere is another mega-classic at the same grade and well worth seeking out too. 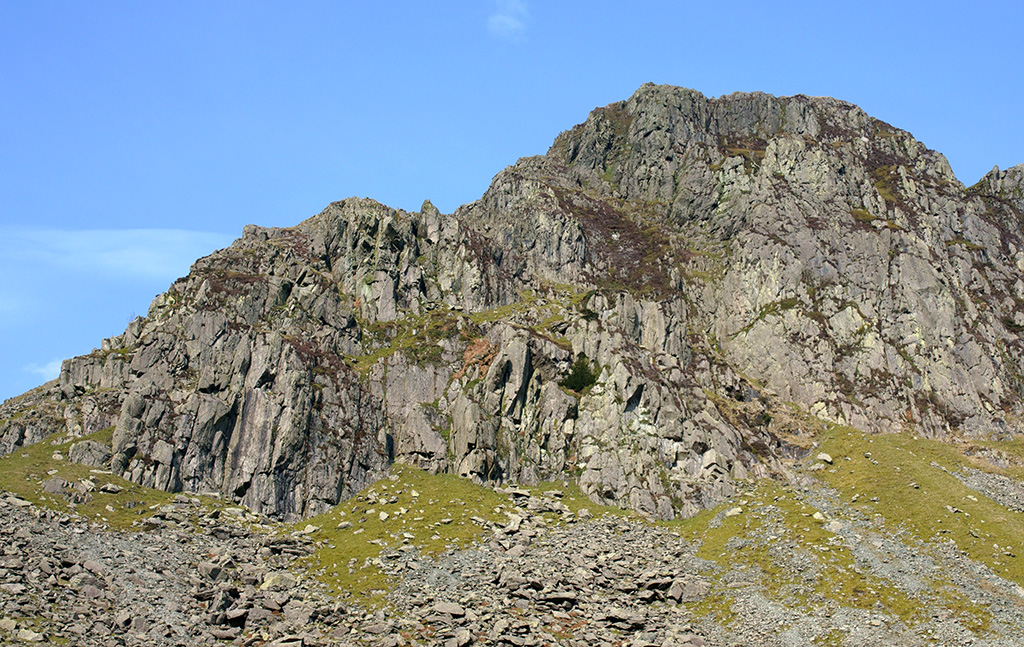 Sandbed Ghyll is a slightly more esoteric crag but boasts a number of great climbs. The ghyll itself is a good scramble and the crag sits proudly up on its southern side. It’s worth noting that there is a lot of hillside above the main crag which means it does suffer a bit from seepage, however, there are a number of great routes including Walk Under Ladders which are less affected. With a short but steep approach and catching the last of the sun, it can be an excellent choice for an evening’s cragging in the summer months. The routes are generally short and steep and on excellent quality rock. Well worth a visit.

Tucked away in a quiet little valley behind Raven Crag Thirlmere sits the mighty Iron Crag. This often neglected crag is split over two main buttresses which are both quite different in character but equally good for different reasons. The crag has a generally east-facing aspect, however, the left-hand buttress is tilted slightly more to the south giving it a sunnier and slightly friendlier feel to its steeper and more intimidating right-hand neighbour. It is a treasure trove for those operating in the mid to higher grades and Hiddenite is just one of the lesser-known gems up here. At the same adjective grade, Bloodhound on Gouther Crag is of a similar calibre. 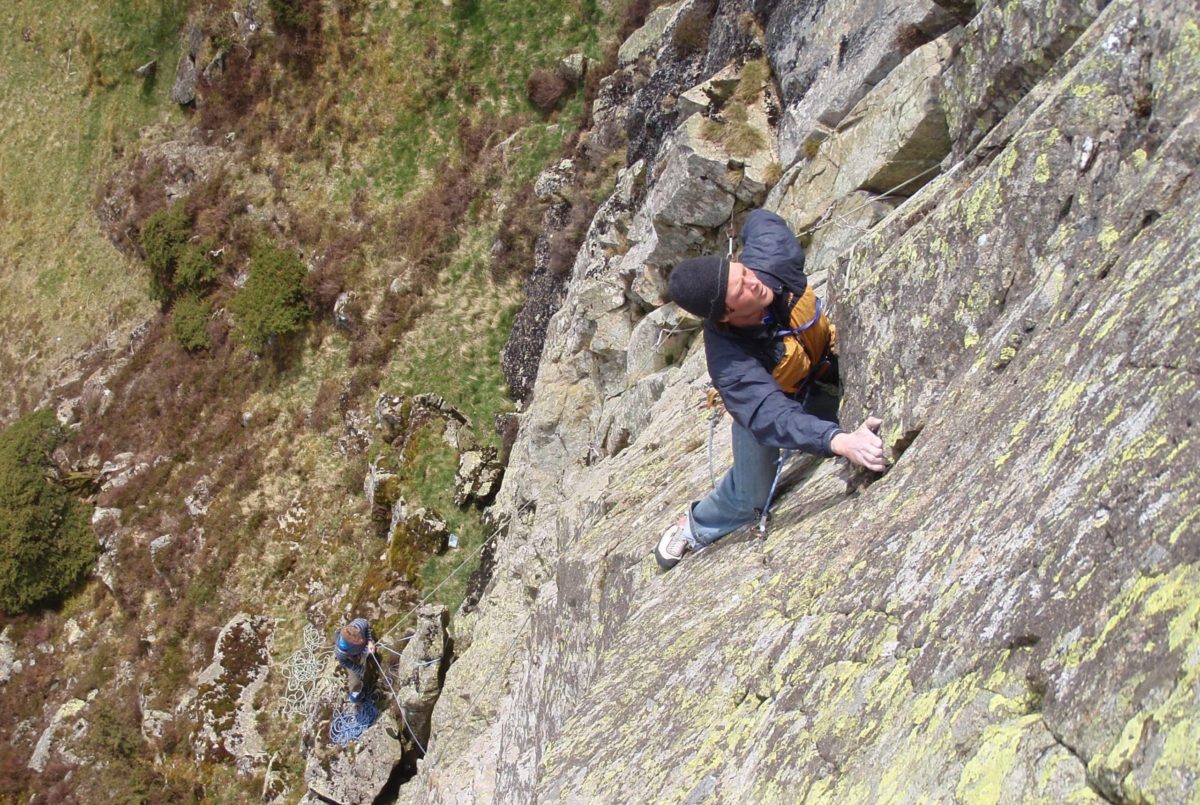 Raven Crag is a big and imposing cliff that dominates the north-western end of Thirlmere. All of the routes here are great adventures and undoubtedly some of the best in the area but sadly (or not so sadly) the crag seems to lack popularity. The cave on the left-hand side is home to several high quality, medium to high-grade routes that all require a forceful and determined approach. The scramble up to the base of the routes in the cave feels like entering a prehistoric Pterodactyl’s nest. Awesome if a little intimidating.

Close to the Edge picks the easiest line through this section of the crag and the first two pitches can be strung together although this probably bumps the grade up slightly. I managed to blow this one first time around doing just that and took quite a big fall from high up where a blind swing out onto the left arête is made. Thankfully it was into space and onto good gear… Exciting.

Raven crag Threshwaite is another brilliant crag with more starred routes than you can shake a dipstick at. The walk-in from Hartsop alongside Pasture Beck is beautiful and fairly flat until the final slog up to the crag’s base. For those climbing in the E3 – E4 range there is loads of scope here, but one route really stands out… Top Gear. This route is definitely up there with the best E4s in the Lakes and takes a big bold rising-diagonal line left across the obvious shield in the middle of the crag. The rock on this route is pretty much the best on the crag and you’ll be lucky if you see another climber up here. If you’ve still got some juice in the tank after this one then Running on Empty and Boy Racer are also both well worth doing at the same grade.

The North Buttress of Dove Crag is enough to get the heart racing of even the most jaded of climbers. This impressive cliff is one of the steepest in the Lakes and as such it stays relatively dry and clean. Despite its improbable appearance it’s covered in good flat and incut holds and with generally good gear, some of which is often in-situ. The crag saw a big revival in 2002 – 2003 which was largely driven by local legend and strong man Alan Wilson, and a number of new routes were established as well as creative link-ups of existing routes.

Although E5 is pretty much the entry-level grade here, a couple of the classics from the 1980s tackle the most obvious and impressive lines. Fear and Fascination takes a bold central line right up the middle of the wall and with such an apt and evocative name it just calls out to be climbed. At almost 50m high, the routes here are also some of the longest and most demanding single pitches in the Lakes. Enough said.

Back over to Iron Crag, but this time the big steep right-hand buttress of Iron Crag. Once again, the unstoppable and inexhaustible Alan Wilson was a driving force in rekindling local interest in the next duo of routes. Western Union takes an amazing line up the left-hand side of this great crag and features some fairly committing and gymnastic climbing. The old story of Douggie Hall making the first ascent in top hat and tails on route to his brother’s wedding always added to the appeal of this cracking route.

The Iron Man is Western Union’s big brother and a slightly more serious but equally compelling proposition. I had the pleasure of doing this route with Adam Hocking who made an impressive ‘flash’ ascent. This big pitch shares the same start and lower crux sequence of the former route but breaks out up the big hanging wall on the top-left hand side of the buttress. The initial section leaving the relative rest and sanctuary of Western Union features bold and fingery climbing up to a crimp rail and old peg. Moves up left eventually bring better gear and a difficult final sequence in a brilliant position. Total Class.