One of the best crack climbs on gritstone described by Ian Smith.

The centrepiece of Higgar Tor, the Leaning Block, is one of the most visually striking of all gritstone crags, overhanging by around four metres in 12m of vertical. Visible from miles around, particularly from the roads to and from Hathersage and Sheffield, its dramatic face contains a plethora of top-end, three-star classics up to E6. The original route of the face, the Brown/Whillans masterpiece of The Rasp (E2 5b) has been described as 'one of the best routes on gritstone' and there are more modern offerings from the likes of Ed Drummond, Jonny Woodward and Ben Moon. These are amongst some of the most physically demanding, though fairly safe, routes on gritstone. Given the rise in standards and fitness, some of these are within the reach of any number of climbers but still see few ascents, but what's at Higgar for the VS climber? Actually one of the very best of grit VSs and this UK Classic, The File. 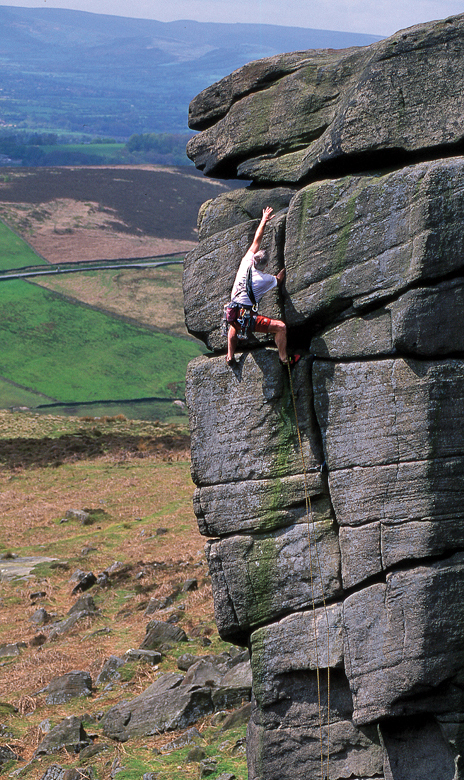