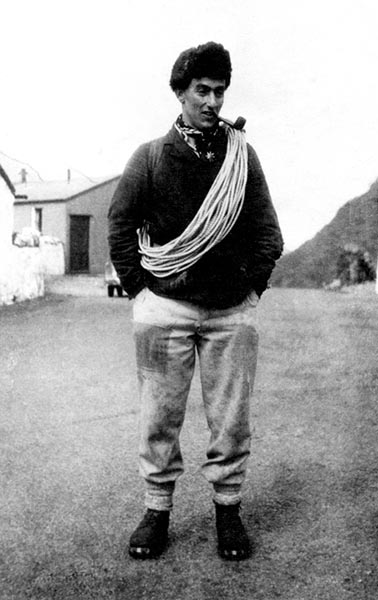 There are many routes that have gained infamy for being the first of their grade, often the most notable are because they occurred long before that grade was ever firmly established. As such those routes have often remained total sandbags for years until eventually, the grades settled out to what they should be and the truth about the outstanding futuristic nature of the first ascent becomes known to those that take the time to look in the back of a guidebook.

Javelin Blade is one such route, it sits high above the Idwal Slabs in the Ogwen Valley, an airy E1 climbed back in1930 when VS was considered the cutting edge. The first time I climbed it I was as unaware as Jack Longland was on the first ascent to the significance of this route.  Jack would later say,

"Quite frankly I'd lost my way. I'd come to the famous thread belay at the end of the first pitch of the normal route (Javelin Buttress VS), and I didn't know that the route ought to go right. I was a pole vaulter, which I think gives you pretty strong fingers, and I remember the pull-out onto the actual blade of the javelin was very strenuous; though not dangerous – I had a belay about 40 feet below me."

All climbers will remember that same pull up onto the arête as nothing if not bold, even by today standards and with modern equipment, where a small wire just below one's feet seems distant enough. The possibility Jack faced an 80ft lob onto a hemp rope tied around his waist seemed ridiculous to describe it as ‘not dangerous’, but times and attitudes change.

His peers at Cambridge University noted in their own records that the route was, 'An outstanding lead that stood as the most difficult piece of Welsh climbing for many years, though few were aware of it'. His prowess in climbing is well-documented with another of his notably Welsh's route on the West Buttress of Cloggy, which is now known simply as Longland’s Climb. Whilst his joint second place in a national Amateur Athletics pole vault competition where he cleared 3.5m and was only four inches short of the then British record showed that he was also something of an athlete as well.

His proficiency in rock-climbing and subsequently the Alps led to him being chosen for the 1933 Everest Expedition where he was to have a dramatic effect. One of the most celebrated stories coming from the unsuccessful 1933 Everest Expedition comes after he helped established Camp VI, the highest camp ever made on the mountain. He decided that the route up was too fraught with difficulty and complexity for the descent of tired men. Instead, he chose to lead his group of Sherpa’s down an uncharted ridgeline.

During the descent, the weather turned quickly and soon in Jack’s own words, ‘'visibility suddenly narrowed to a snowswept circle of some 20 yards, and I was taking a party of porters down a ridge which I had never been on before, but which I knew to be ill-defined and easy to lose, particularly in such conditions.’

As the world disappeared and their goggles froze up, their position quickly became serious. He corralled his men regularly checking they were all still there and urged them to their feet when they were about to give up and in spite of the difficulties he managed to find their way down to Camp V. This feat lead him to ask of a later expedition that became stalled by the North East Ridge: “Have you got to our bit yet?” Those leadership skills were undoubtedly of use to him when in 1964 he became chairman of what is now Mountain Training. When he set up the first qualifications in mountain leadership, a role he kept until 1980.

Despite his skills as a mountaineer he was not invited back on the 1936 expedition, most likely because he expressed concern over the Ruttledge’s abilities to lead another expedition for various reasons. Although he was invited back for the 1938 expedition, his life had moved on to education services and he was denied leave for the trip. Whilst these climbing achievements on Javelin Blade, Everest and many others' routes and mountains make Jack one of my all-time climbing heroes. It is this last sphere of influence that I think is the most important and one that the government in the 1970s thought so critical that he was knighted for his contributions to this.

Whilst Jack was the son of a clergyman which, whilst not putting him in the upper classes, certainly would have helped open doors for him, in particular at Cambridge, where in that period 30% of students were the sons of clergy. This was something of a fall back to when various Cambridge colleges were set up as theological universities to train clergy. Whether or not this affected his later work on the Community Service Council in Durham where he witnessed the awful effect of the great depression is open to question. It led to him becoming something of an advocate for providing support and educational opportunities for the less privileged.

'I came into education administration at the end of a squalid and hungry 1930s, after some years working with unemployed Durham miners and their families. I think that those underfed children, their fathers on the scrap-heap, and the mean rows of houses under the tip, all casual product of a selfishly irresponsible society'. From The Essential Jack Longland by Jim Perrin (1988) 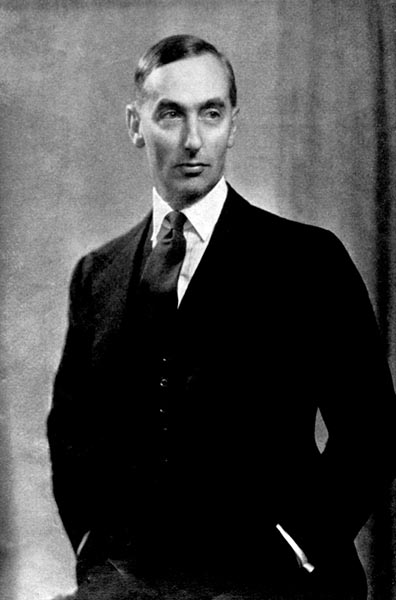 Jack would go on to use his influence in the educational system to develop outdoor education, where he was instrumental in establishing Whitehall in Derbyshire. The UK’s first local education authority outdoor education centre, which was the catalyst for the creation of so many other LEA centres across the whole of the UK.

On the belay of the Javelin Blade, you can just see one of those centres, Ogwen Cottage, which was, and hopefully still is, part of Birmingham City Council’s Outdoor Learning Service. It sits in one of the most amazing mountain valleys of the UK and its location alone as a place of inordinate value for inner-city kids just to visit and reason enough to be preserved. The additional benefits from outdoor education are also numerous yet its future is in jeopardy as a direct result of the drastic cuts that are being forced on all government bodies. Given that it ran at a loss of £180,000 and only had 800 students through the doors in 2012/13, the centre is essentially undercharging by £200 per pupil. Making it somewhat a conspicuous target for penny-pinching bureaucrats. I dread to think what Jack would have thought of the closure of one of the centres given the following quote on effects of Thatcherism on an education system he had helped to develop in the years leading up to the 1970s.

'I watch with appalled disgust what is happening to the education service – the substitution of reasonably non-pompous altruism by unashamedly vulgar self-interest. I can’t remember anything nastier than the current Conservative Right in the Commons – and I meet there like daily in pubs – since Churchill lambasted ‘the hard-faced men who’d done well out of the War’ back in the 20s'. From The Essential Jack Longland by Jim Perrin (1988)

Whilst modern-day climbers are more likely to have been introduced to climbing from the humble indoor wall. For my generation and those before me, it was the likes of outdoor education centres and the mountain instructors produced by the schemes and ethos that Jack help developed that played a key role in introducing thousands of us to the joys of mountaineering and rock-climbing. In essence, he is the godfather of my profession.

Whilst I would agree with Jack’s sentiments that in a truly ideal and altruistic state paying for those inner-city kids to experience five days in the mountains is a price we should be willing to pay. I see myself being drawn towards those hard-faced men who watch the bottom line and think of sustainable development as key to maintaining the ‘industry’ and it makes me sad that one of my heroes would probably despise me for that. Above all, though I never think Jack consciously set out to achieve what he did, who actually does, especially in the climbing world? I believe to a certain extent he fell into education and went with what he knew, the outdoors. He became something of an inspirational person in all aspects of his life and there are not many people who manage that with such success.

P.S. Birmingham Outdoor Learning Service underwent a consultation period in January 2014 and the outcome of Ogwen Cottage and the service as a whole depended on this. It didn't go well and unfortunately, Ogwen Cottage in that guise closed.