Based in the heart of the Ribble Valley a few miles from the M6 motorway, this 100m overhanging quarried grit venue offers a variety of high-quality boulder problems and traverses. The grades of the boulder problems range from V0 to a whopping V12, and traverses from F7b up to a F8c+. Therefore, Craig y Longridge caters nicely for both novice and advanced climbers.

Climbing at Craig y Longridge began in the 1980s with a strong team of Lancashire-based climbers who started to develop the crag over the next three decades. Local heroes such as Pete Black, Mick (the perfect man) Lovett, Rob Smitton, Dave Kenyon and Paul Pritchard to name a few worked their way along the crag slowly but surely ticking off the problems and linking the traverses. Craig y Longridge has contributed to producing some of Britain's most talented climbers. Climbers such as Neil Carson, Mark Leach, Ian Vickers, Gaz Parry, Tony Mitchell, Ryan Pasquill and Jordan Buys have been assisted in the art of power and pump at this crag.

In 2006, Craig y Longridge came under threat from the landowner of the quarry. In 2007 after discussions, donations and negotiations, the land was finally purchased via the British Mountaineering Council and is now easily accessible with generally no problems. However, there are conditions and restrictions to apply to the climbing there and these should be clearly respected in order not to jeopardise access. There is a sign up at the crag indicated the etiquette that should be adhered to when climbing there. These are:

You can check out the BMC RAD access database here for up to date info.

Certain sections of the crag are around five to six metres high. Despite the landing areas being flat a bouldering pad or three is highly recommended for anyone who is going to be heading there.  Craig y Longridge is also steeper than it looks so make sure your mats are placed accurately. The steepness of the walls adds value, making some of the moves strenuous which many climbers work out as soon as they pull on to the rock face. Arran Deakin, a familiar face at Craig y Longridge describes the crag as: “Unrelenting steepness! It’s where the strong come to get stronger and the weak come to get spanked.” 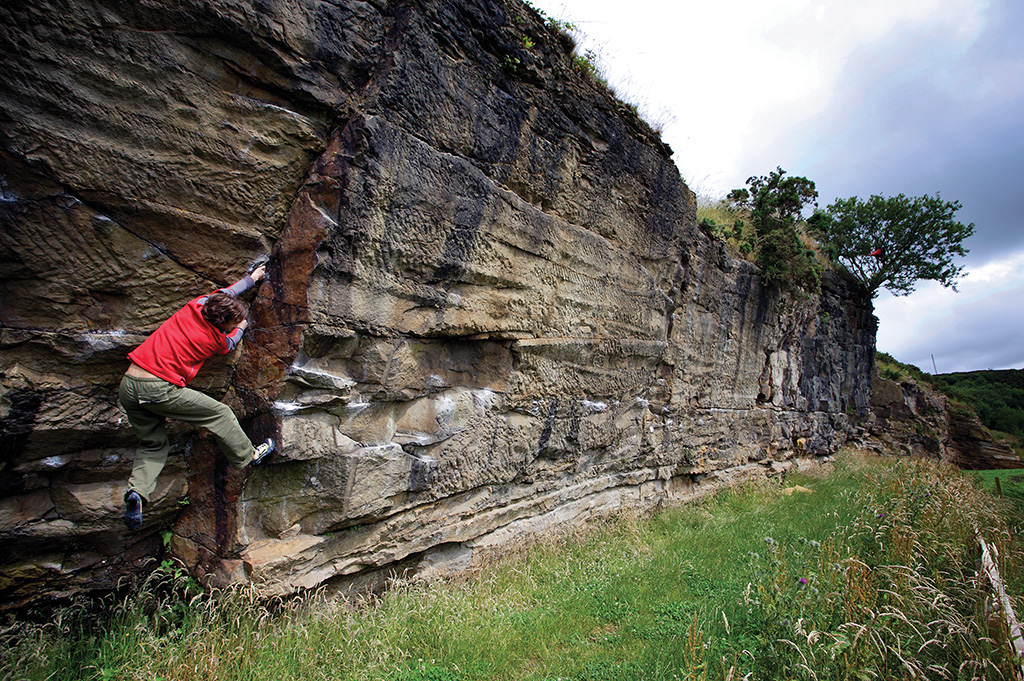 The best time of year to access Craig y Longridge is in the spring and summer months. After rain the crag stays wet for a few days due to seepage but does dry quickly if the sun is shining and there is a nice breeze. The southeast-facing wall goes into the shade from around 2.30pm, perfect for hot summer days and evenings of climbing. Despite Craig y Longridge being an outside crag, this old skool venue feels somehow like an indoor modern bouldering wall. The holds are perfectly positioned to make amazing problems with great moves. It seems that the traverses are set so that there are rests between each individual sections so that one can recover (or not).

After an hour or two at Craig y Longridge you know you’ve had a good work out. One or both of the following things happen: you either end up powered out or you end up far too pumped to hold on anymore. If you’re heading there for the first time or are a regular visitor to Craig y Longridge, I would recommend that once warmed up, you do your best to complete these 10 fantastic problems. These problems are not climbed for the grade, they are climbed for the climbing, the moves and for the history of the crag; so enjoy.

Most of the problems are independent lines and are highlighted by arrows and numbers with red paint. These are all found in the BMC’s Lancashire Rock and Robin Mueller’s excellent and must-have for any boulderer in the area Lancashire Bouldering guidebooks.

Not exactly a classic of modern times but definitely a classic as it was the first problem to be climbed there in 1983 by Andrew Gridley. Quite a highball problem so approach with caution and boulder pads.

Following the obvious holds upwards until the last move involving a reach of a nice undercut and big move to the top.

A brilliant problem involving either a slap or some cunning footwork to static to the last move up with the right hand... feels intimidating on first acquaintance.

A great problem from standing with a blind crossover move. The sit-down start is even better and goes at V8/9.

Right-to-left traverse that is sustained and tricky until you get a decent sequence. It is marked with a distinct red arrow highlighting the name.

A Pete Black special and a popular climb up a rightward leaning crack. Great climbing for the grade and another classic and historic problem.

My personal favourite, A Paul Pritchard problem. From a big flat jug do a stern pull to some small crimps and then get your feet up. Bring some bicep action for the big last undercut slap move – quality. 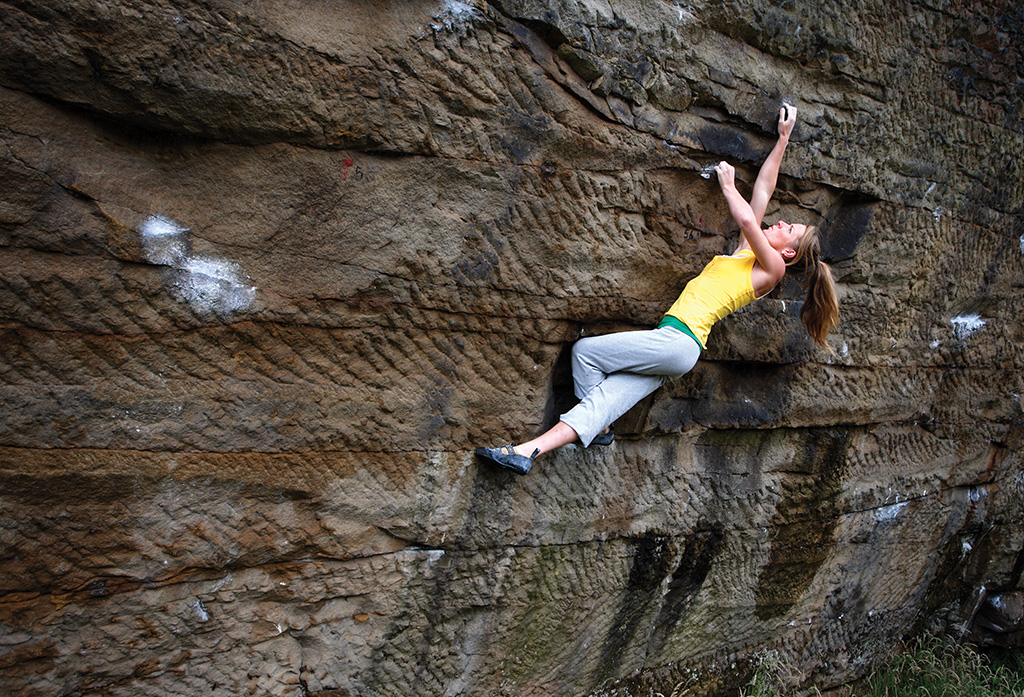 The Rob Smitton sustained classic traverse from left-to-right is hard for the grade. Starting off ladders is the usual beta nowadays to get established on the first holds. Traverse rightwards doing a challenging drop down move onto a sloper and finishing in the corner at New Stone Age.

The classic of the crag by the infamous Mick Lovett is one of Lancashire's finest. A jump start to two edges leads to some tricky feet beta and a heart-breaker of a last move. Make sure you have enough pads for this bad boy as you could land anywhere. This is one of the highest parts of the crag. (If you’re feeling strong you could try the two low starts Submarine V10 and Super Submarine v12).

This is the ultimate in traverses and a historic landmark for Lancashire climbing. The 100m long traverse was first climbed by Dave Kenyon in the late 80s and has now seen a number of ascents. It starts at the left-hand end of the crag and traverses rightwards all the way almost to the other end. Taking the high break towards the end of the traverse and dropping into Bend Of The Rainbow V6/7 is the crux. However, after this be prepared for some heart-breaking technical moves on the final 20m of the traverse.

There have also been some 'amazing' and 'legendary' performances on this traverse in my opinion that are more than worthy of a mention. Steve McClure and Ed Hamer have both flashed the F8b+ route, this is an astonishing effort from both climbers and an inspirational achievement. Ed was passing the crag on the way to Scotland and 'popped in' flashing Traverse of The Gods. The legendary Ian Vickers has completed the F8b+ Traverse three times in a row without stepping off (he eventually stepped off the crag due to boredom).