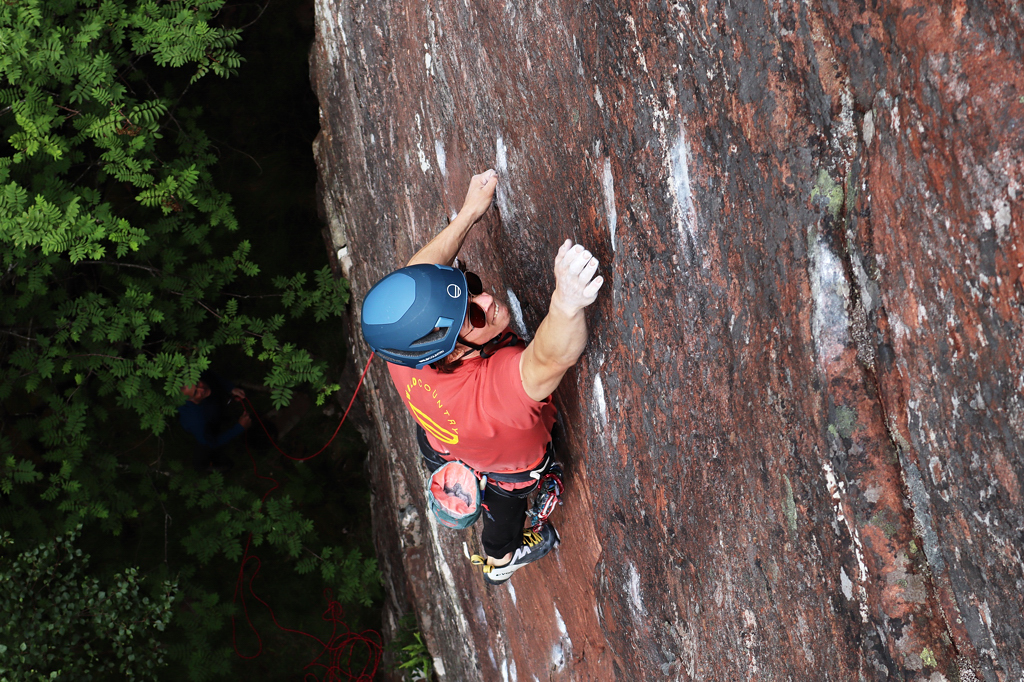 “I’m incredibly proud of this one! I’ve always wanted to find the perfect new route, and this one really is just that.” Mat said about his new route. Coming a month or so after making the fourth ascent of Lexicon, the first ascent of Live Fast, Die Young opens a new chapter in the on-going trad summer of success for the newly-turned trad climber.

Live Fast, Die Young is located on the west of Stac Polliadh, at Wicked Gate Crag. In addition to Mat’s new route there’s also a handful of other routes at Wicked Gate Crag, the majority of which were added in 2016 by Scottish activists Ian Taylor and Tess Fryer.

Only his second ever new route, Mat told Climber that Live Fast, Die Young is a similar prospect to Harder, Faster (E9 6c) in that it has “F7c+ climbing with a ground-fall from the crux at the end of the runout”.

Mat outlined the difficulties of the route for Climber saying:

“The crux is at the end of the runout and contains some real spicy 6c moves. Very committing with a consequential ground-fall from around 15m. There’s a protruding free-standing flake at the base of the route which made the whole experience feel quite serious, since it’s almost directly in the fall zone. For this reason, I deliberately offset the gear away from the flake in the hope that I would completely miss it. Unfortunately though, regardless of the flake, you will hit the ground from the crux since you’re climbing 2/3rds higher than where the gear is.”

Mat added: “Thankfully the gear’s 10/10 in a clean break. After the crux is a cluster of good gear and some easier climbing to the top of the crag.”

His first attempt didn’t quite go as planned however:

“I backed off the crux on my first attempt and had to down climb to safety. I felt super sketched out and jumped off with my feet two foot above the gear but quite far to the right. I stopped about 6 feet above the ground!”

Reflecting the name of the route, Mat had to fully commit to get the send:
“I had a conversation with myself before the successful lead attempt: “If I truly want this route, I need to be willing to risk my life for it.” It’s a route with serious consequences, but the reward is far sweeter.”

In total, Live Fast, Die Young took Mat just three sessions, two sessions of working the route on a gri-gri and one session to lead it.

So was it worth it then? “The difficulty is one thing, but the quality is what really stands out to me. It truly was worth the risk.

I thought that it was a brilliant route. It sums up everything that I love about climbing. I would describe the route as bold, technical and captivating.”

Mat’s first ever new trad route Jeopardy (E7 6c) is just nearby. That has already seen a repeat by Alex Moor who confirmed the grade.