The 2020 Women in Adventure Film Competition has been launched earlier this month in Outside Café, Hathersage. 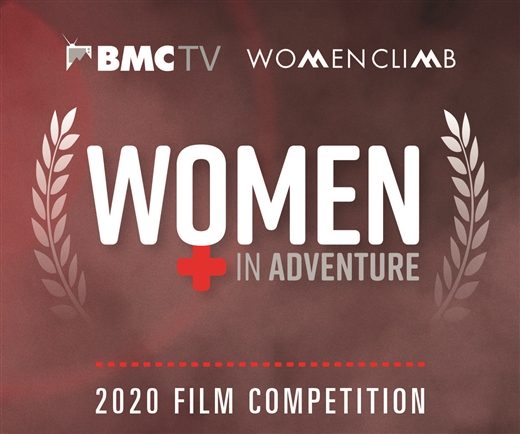 Back for the sixth year, the Women in Adventure Film Competition is all about capturing adventures on film and keeping the cycle of inspiration rolling forward.

The results of a recent survey carried out by Women in Adventure concluded that a staggering 99.6% strongly agreed that the outdoors had a positive impact on their mental wellbeing. So with stats like, let's keep documenting all that positivity!

The sold-out event was a collaboration between the BMC, Womenclimb, Outside and served to launch the competition and raise money for the Women's Trad Festival. With both the ticket sales and the wonderful auction run by Outside, the event raised £942 in total!

What the Women in Adventure team are looking for…

Films that are up to 10 minutes long (though they can be much shorter if you choose!) about the adventures of an outdoor-loving woman or women.

You don't have to be a pro filmmaker or an elite athlete to enter. Women in Adventure want to see films featuring females of all shapes, sizes, ages and abilities.

Women in Adventure say ‘Do something different! Make your film stand out by putting your own spin on the competition. Your film doesn't have to be a documentary and could be completely fictional. Get creative and make the competition what you want it to be.’

Why you should enter

The aim of this competition is to increase the number of outdoorsy women on the big screen, but we need your films to make that happen. In fact, this year we are putting an emphasis on elevating the voice of grassroot filmmakers that wouldn't otherwise be heard on a significant national and international platform, meaning we will be offering out direct feedback sessions, before and after the deadline, as the year progresses.

Women in Adventure judge and Womenclimb founder Emily Pitts says, "The excitement about women in adventure films is growing. Each year we’ve seen the number of entries and the diversity of films increasing. Now is an incredible time to be participating in adventurous activities and I’m so excited to see the next generation of films on our screens in January 2020. If you’ve got a story to tell, it’s time to be told!"

2019 winning director Emma Crome says "the Women In Adventure Film Competition offers a new wave of accessibility for emerging adventure film makers, providing a supportive network of peers, professionals and mentors that can make all the difference when it comes to progressing your film making. It was wonderful to receive the award for our film 'Aziza' last year, as we feel it is indicative of how our adventure film network can give something back to the people and communities we explore".

By entering the competition, you'll not only be in with a chance of winning cash prizes and the opportunity to showcase your film at some epic outdoor film festivals, but you'll also spur on fellow females to get outside and maybe try something new.

All film entries will be shown on BMC TV (TeamBMC Youtube channel). Judging guidelines are available to enable you to devise a film, which you feel meets the brief most effectively.

The Most Watched category will be decided by the number of views each film receives on the TeamBMC Youtube Channel. The film with the highest number of views will receive the award.

The Best Professional Film is for those films that have been commercially backed and/or produced by a film company. You can see the submission form for the full criteria for this category.

Emma Brennand: an award-winning director who has "scripted, directed and taken through the edit blue chip natural history, presenter & contributor films", with credits including Blue Planet.

Claire Carter: a writer, poet and a creative consultant in the outdoor industry. Claire is the Artistic Director for Kendal Mountain Festival and Head judge at Sheffield Adventure Film Festival.

Emily Pitts: is the CEO and Founder of Womenclimb, the only UK platform designed to give women the confidence, skills and networks to get into climbing.

Watch the Women in Adventure trailer below…