Despite the unseasonably wet autumn over in Spain, Will Smith has just achieved his life goal by redpointing Era Vella (F9a) at Margalef. 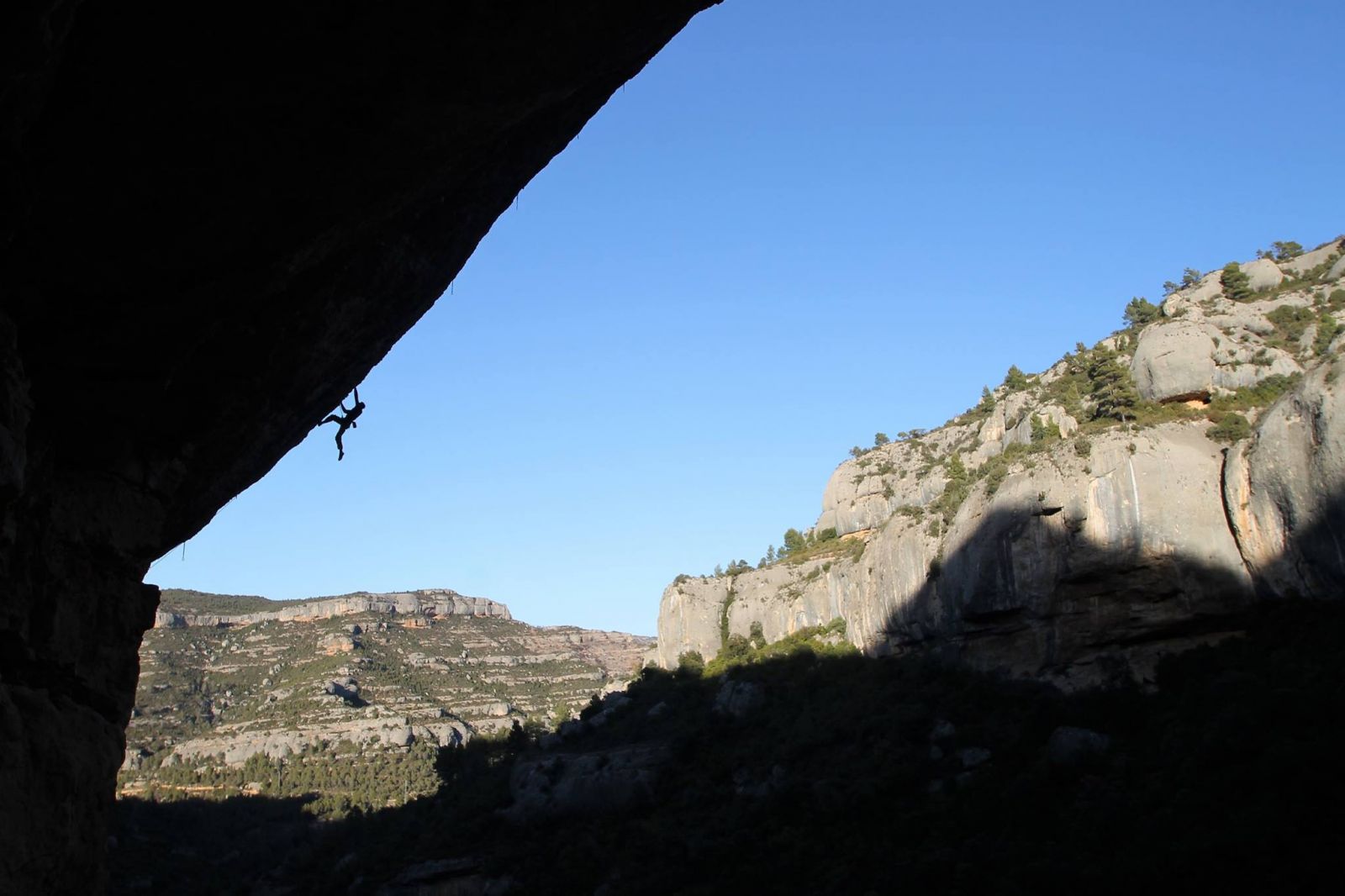 Chris Sharma’s Era Vella (F9a) has become a popular target amongst sport climbing cognoscente; Will Smith is the latest to tick the chains and so join the F9a club. As we reported previously – click here for that report – Alex Barrow’s successfully redpointed Era Vella in April 2015.

Will’s interest in Era Vella goes back a wee while. Following his early foray’s onto that steeply overhanging wall Will has been training specifically for the route. Having graduated from Sheffield uni over the summer, Will has been on an extended trip out in Spain where CLIMBER caught up with him for the details of his ascent…

Congratulations on joining the 9a club – how does that feel now?
Pretty great thanks! It’s just really satisfying to have done a project that I've put a lot of work into.

Can you tell us how your interest in Era Vella came about and how long you’ve been working it etc?
My life goal in climbing was to climb 9a and I chose Era due to its style and quality. The hard climbing on it consists of 30m of endurance, mainly on pockets, with the hardest boulder being about font 7B or 7B+. I'm pretty weak for my grade but love endurance climbing so Era suits me quite well. It's also flipping amazing - I've never seen a route that's so sustained for so long and on really nice moves. You can really get into a nice flow on it as there aren't a lot of places to stop and rest, you've just got to keep moving.
I first tried the route briefly in 2014 and then came back twice in 2015 but with no success. I did it in three sections then but that was way off the pace really - linking it all together is where the difficulty lies. I left it for a year and a half and then, after graduating from Sheffield this year, I came out for an extended trip in November. The route then took a month of effort on this trip.

Have you been doing specific training for Era Vella and at what stage did you think it was game-on?
Yeah quite a lot actually. I love having a project that you can try, find out what's needed, go away and train for, then come back and see where you're at. When I was out in 2015 I took measurements of the crux and then built a replica on my little board at home. I did loads of bouldering on that and on other less accurate replicas at the wall in prep for this trip. Actually the replica on my board turned out to be way too hard, I never even linked it! That's good though, it was a nice mental boost when I got on the route and realised how much easier it was.
Additionally, I did a lot of fingerboarding on certain grip types that I needed to get stronger on for the crux.
It wasn't until I got through the crux on this trip that I knew it was possible for me. After the crux it's about 8a+ to the top but very sustained. I knew if I could get through the crux it was only a matter of time before I made it up the top wall. Luckily I was right and on my fifth time through the crux I made it top the top, that wasn't before falling a few metres below that chain on the last tricky move though! Pretty gutting on a 50m route!

How did the actual ascent go and what did it feel like to clip the chains?
Well the bottom went pretty badly actually, there's a roof section at the bottom which had condensed so I had to dry that with tissue as I climbed, then I cut loose there which had never napped before. I sorted myself out at the good rest after the roof and the rest of the foot went pretty smoothly bar a few pumped power screams. Clipping the chains felt like a bit of a dream, I hardly remember the last few metres.

You’ve been in Spain for nearly two months – how important is it to get the momentum going by ticking plenty of other routes do you think?
For me I don't think it's necessary to get momentum going - I got straight on Era on my first day here. It is really useful to climb some other routes during the projecting process though. Climbing the same moves day after day isn't good. Every time I went backwards on Era I'd go and climb some other routes at a different sector, just some onsighting or quick red points. Then I could go back to Era with renewed motivation.

Apart from Era Vella what else has been good about the trip?
Just all the normal trip stuff which is great - living in the van, meeting new people and being in nice places. The chilled Spanish lifestyle.

See below for the video of Will on a Raven Tor testpiece traverse.