Red Bull are reporting on their website that Will Gadd has just climbed up what has hitherto only every gone down – ie Niagra Falls. Recently named as ‘Adventurer of the Year’ by National Geographic, Will Gadd made his ascent in late January. 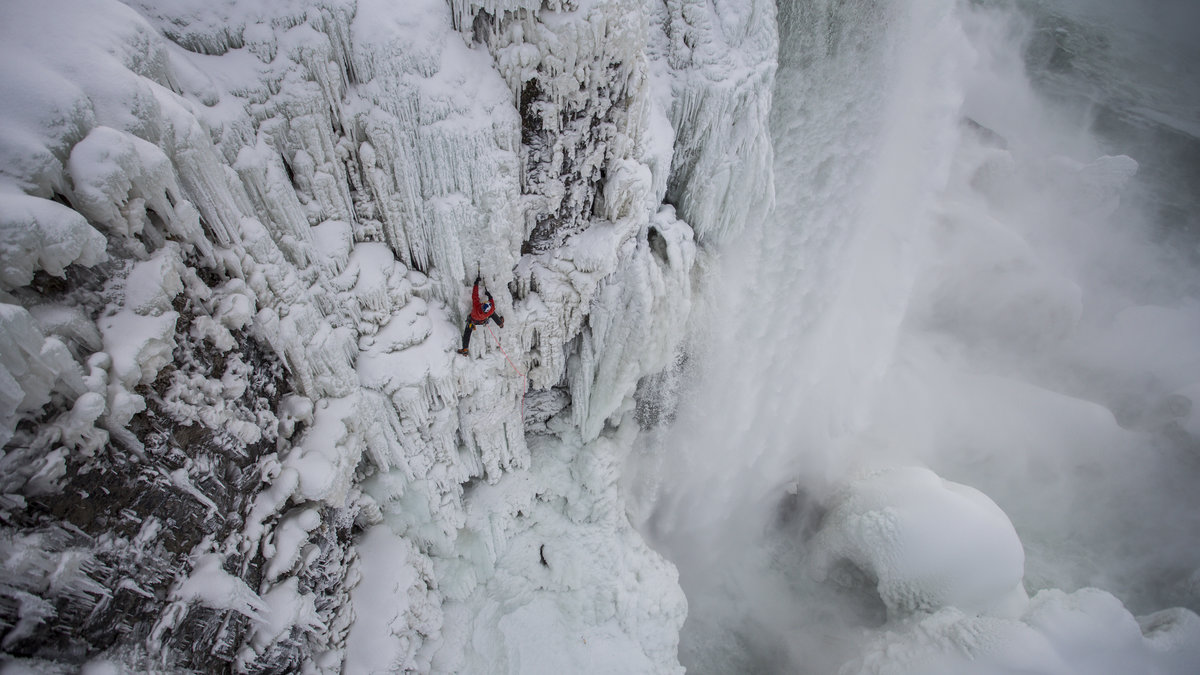 Some 20 million visitors a year visit Niagra Falls. It is estimated that some 150,000 tons of water flow over the crest every minute at speeds of up to 62mph. The impact this creates is said to be staggering – apparently the equivalent of 4,000 eighteen-wheel trucks hitting the ground at the same time! 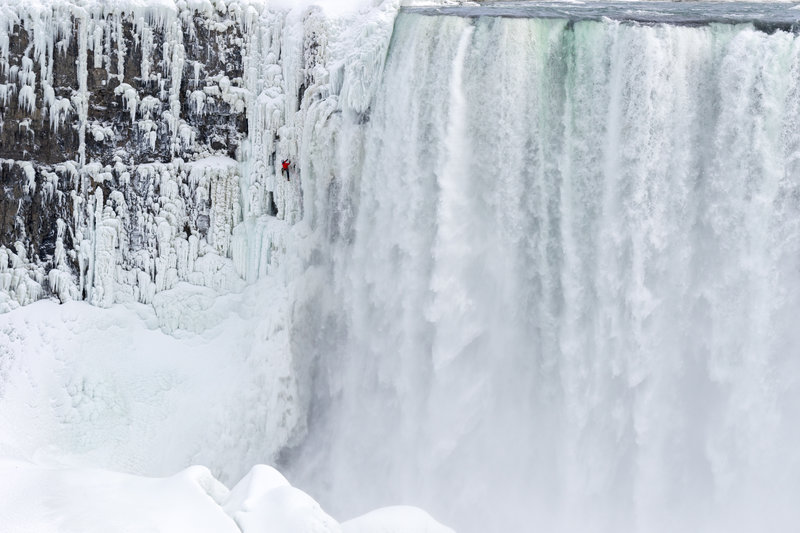 Another angle of Will Gadd on his Niagra climb. Photo Greg Mionske/Red Bull Content Pool

The usual Nigara ‘thing’ is to go down the Falls not up! Gadd however, worked with the authorities to set up the climb and spent the day prior to his ascent clearing off dangerous hanging ice to ensure his safety. The line of the route is known as Terrapin Point which is the line of the American-Canadian border. Gadd protected the route exclusively with ice screws rather than any in-situ bolts so that no environmental damage was done. Estimated at 147 feet high, Gadd graded the route at WI6+. It was so close to the Falls themselves that Gadd could stick his axes into the waterfall.

Gadd’s Niagra climb wraps up a great year for the athlete having been out to Kilimanjaro, taken top prize at Ouray Ice Festival and put up a new route at the famous Helmcken Falls. 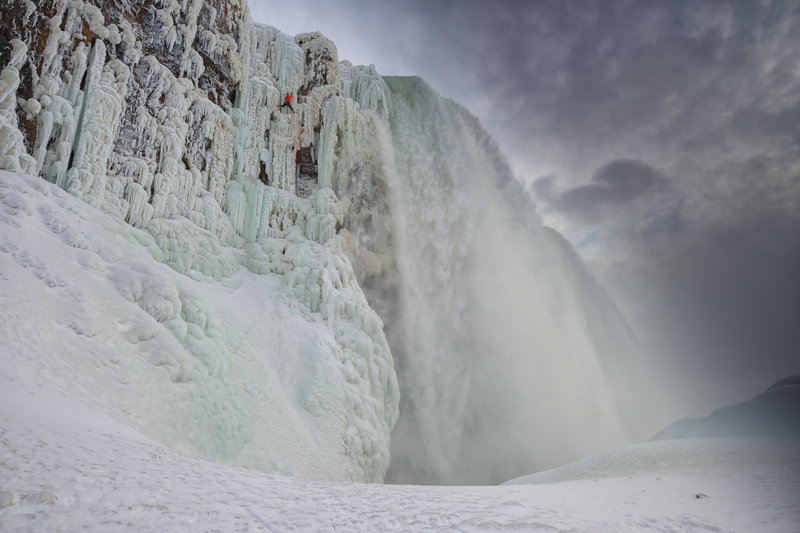 Will Gadd high on the Niagra climb as viewed from below. Photo Keith Ladzinski/Red Bull Content Pool