Pete Whittaker has just made the sixth ascent of Steve McClure’s Kaabah (F8c+) at Raven Tor. 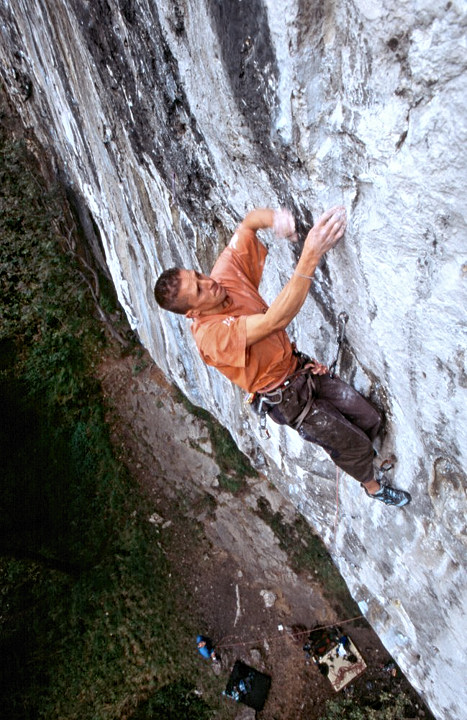 Steve McClure on Kaabah back in 2004. Photo Keith Sharples

Kaabah was first climbed by Steve McClure back in 2004 when the Petzl Roc Trip of that year visited the Peak.

Pete had an incredible trip to Yoesmite Valley in the autumn of last year with Tom Randall. During a two month stay he picked up ascents of three big wall free-routes. See our report here for details on Pete and Tom's trip. Since then Pete’s had a bit of well-earned down-time but he’s been bitten by the Raven Tor bug recently and his ascent of Kaabah demonstrates he’s pretty good at crimping gnarly limestone nothings as well as pumping out big walls or monster off-widths!