WideBoy Pete Whittaker goes big in the US

Word is out that Pete Whittaker has just on-sighted the first ascent of a super gnarly off-width out in the US of A. 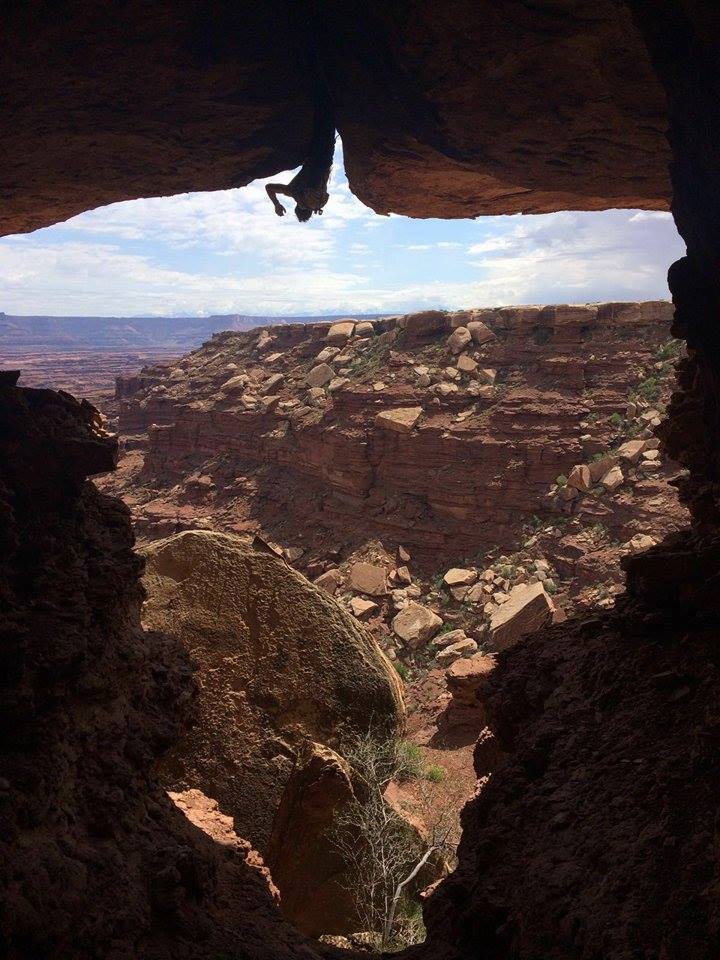 Pete Whittaker on-sighting the first ascent of one of the hardest off-widths in the States.

As any social media buff will tell you,  WideBoyz Pete Whittaker and Tom Randall, have been out in the US on a mission – to go to the next level of gnarl in something that is about as gnarly as it gets – monster cracks. They trained like the beasts they are in Tom’s cellar before heading out State-side. Specifically, they went in search of what they called the ‘God Line’ of crack climbing. It’s a long story but it seems as though they found something which fitted their criteria and spent some time on the project. 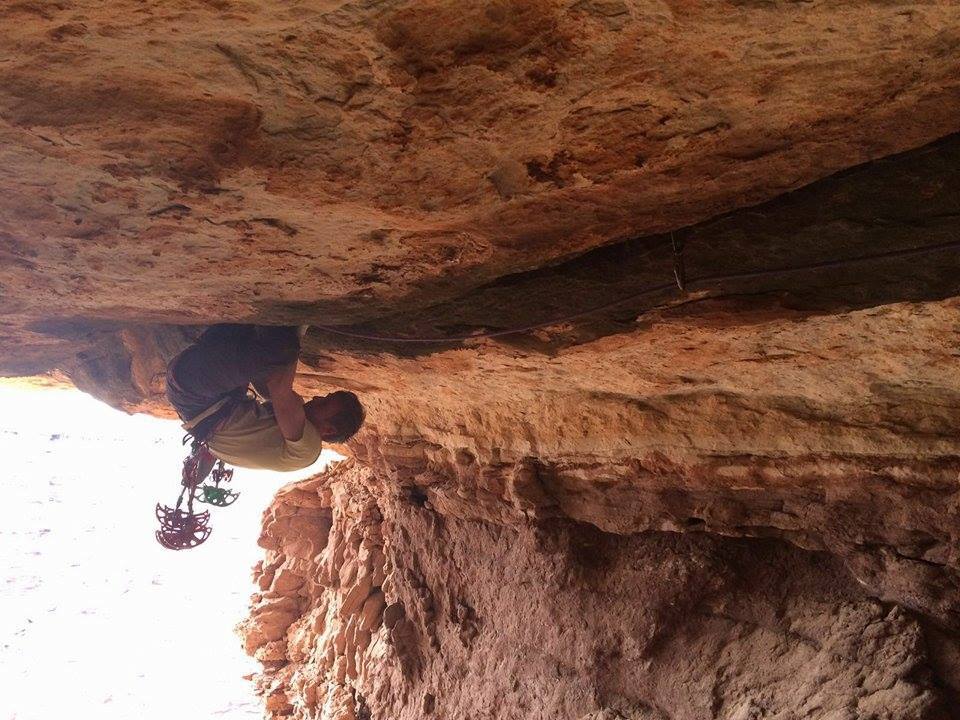 Pete ensconced in the thick of it

Although they weren’t able to get the tick on this occasion, Pete Whittaker switched his attention to a monster off-width for his last day’s climbing. It was a line that they’d seen during their hunt for the so-called God Line. CLIMBER managed to get a couple of quick questions through to Pete at the airport as he and Tom were waiting to fly back. 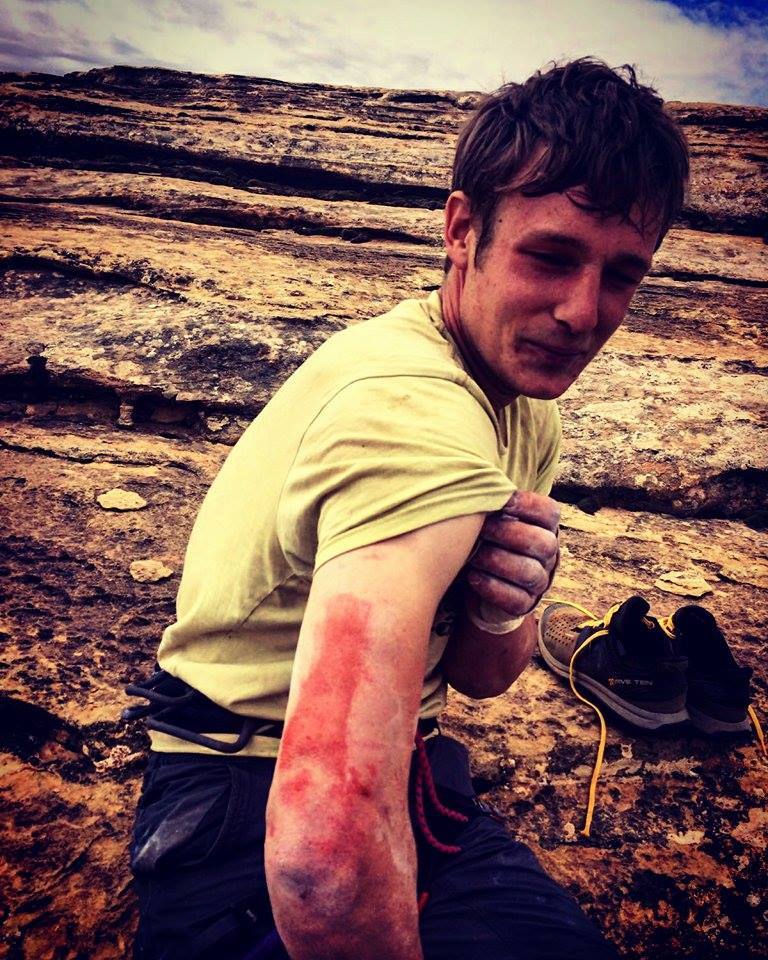 Don't try this at home kids...

The off-width I did on the last day was spur of the moment decision. we were actually thinking of doing another first ascent down there, but Tom set off on another monster roof crack and ran out of cams (yes the cracks are big down there). We had just enough #4s, #5s, and #6s to try off-width routes (three 4s, three 5s, four 6s). The training we did before the trip was nothing to do with off-widths, we'd mainly been working on basic strength and thin hands techniques, as that’s what we were bad at and thought would be useful for the unknown project – read massive stab in the dark. So, back to the off-width - I just felt like I wanted a good fight. Also the middle section also looked like it had some interesting climbing on it which I thought would be useful knowledge to gain for a book I'm working on. On the last day we were at a slight loose end as the mega proj was wet and our skin was sore from trying it. So basically, I just set off on the off-width ready to give it my best possible effort.

Can you roughly outline the potential down where you were and then talk about the route you did, how long was it, what angle was it, what width etc. and what the crux was like?

All the routes and features down on The White Rim are pretty amazing. 40ft+ roof cracks are very common in all sizes. The biggest we found down there was around 200ft as a single pitch and 'crack adventure' routes up to 3 pitches long. The off-width I did was a single pitch roof climb about 70ft (ish?) long. The crack was size #5s and #6s (couple of #4s at the beginning), throughout its entirety, which if it was completely parallel would make it reasonably straight forward 'wide ponying' and 'double fist size'. However, it had some awful flaring section in the middle. Overall it’s more an endurance based challenge rather then a crux based challenge, which is what made it good for on-sighting. However, the tricky bit came during the middle of the route when trying to negotiate my way round/into the flare with my feet above my head, but continually trying to shuffle sideways. The gear is hard to place in this section as its way up inside the crack. I used of mixture of foot locks, chicken winging, arm baring, palming and crimping to keep me in there.

The big project has been going well. We've gone through massive ups and downs with it already. We'd get on it sometimes and just go 'no way, I can't do this, this is impossible, unrealistic, too hard' then other times we'll unlock a little trick, do a move, maybe even link a move and motivation sores through the roof again. It's going to be a long process, that thing is hard. However we have 'seen' all the moves and with some training and gradual improvement we'll be able to break it down and unlock more sequences and refine others. In mine and Tom's typical way being serious about the project inside, but daft on the surface, works well. We create silly little things, jokes, scenarios to keep motivation high. It's also good that there is a lot of other climbing and FAs to do down on the White Rim, so we'll be able to keep motivation high by doing these. It would be hard if all we did was drive hours into the desert try the project and drive out again. You have to rest the mind with other climbing and give yourself instant gratification with other routes. There is plenty to keep us busy down there for well over a life time.