The fifth and final round in Rabenstein of the UIAA Ice Climbing World Cup competition brought the 2017 season to a finish last weekend. 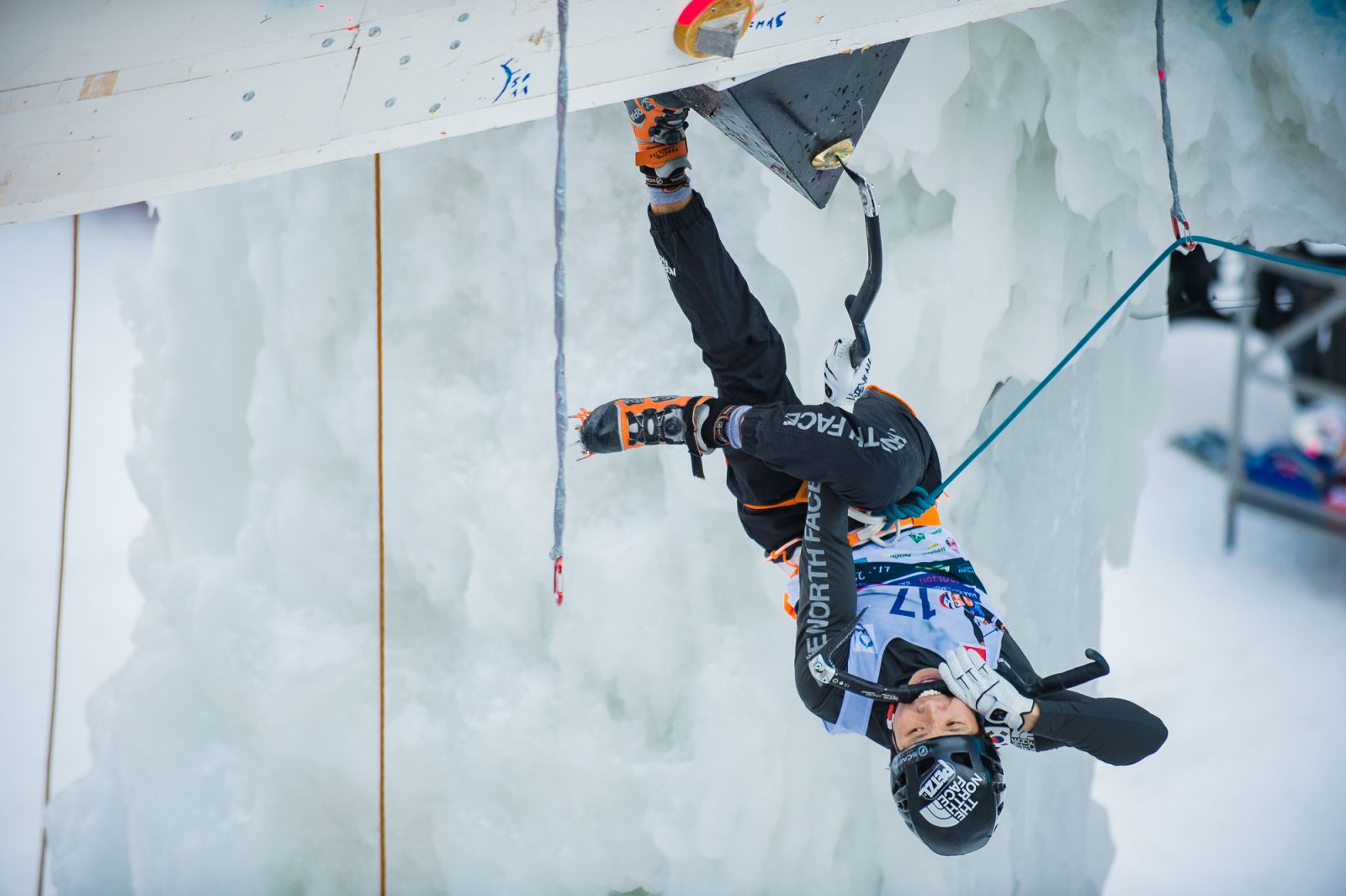 The South Korean athletes have dominated the 2017 lead events and once again HeeYong Park and Han Na Rai Song won their respective (male and female) lead events as well as the overall title.  The men’s overall speed event was won by Vladimir Kartashev whilst the female speed crown was shared by Ekaterina Koshcheeva and Maria Tolokonina.

The crowd at Rabenstein watched Park finish the men’s final lead route with just seconds to spare. He was the only male to top the route. Russian climber Maxim Tomilov, a four-time lead World Cup winner took silver whilst fellow Russian, Nikolai Kuzovlev took bronze. It’s Park’s third overall World Cup win after topping the podium in 2011 and 2013. Park completed the 2017 season on 427 pts ahead of Kuzovlev (331 pts) and Maxim Tomilov (303).

The women’s final lead route was however topped by both Song and Russian Maria Tolokina. However, Song took the win as a result of her faster time. Tolokina finished in silver with Korean climber Shin Woonseon in bronze. It was Song’s first World Cup win finishing on 412 pts ajead of Rainer (297) and Tolokonina (287).

A replay of the weekend’s livestreaming, produced by QTV Sports, is available on the UIAA YouTube and Facebook channels. Commentary came from Liam Lonsdale.

Finally, the ice climbing comp season closes this coming weekend when the World Championship event is held in Champagney-en-Vanoise, France.