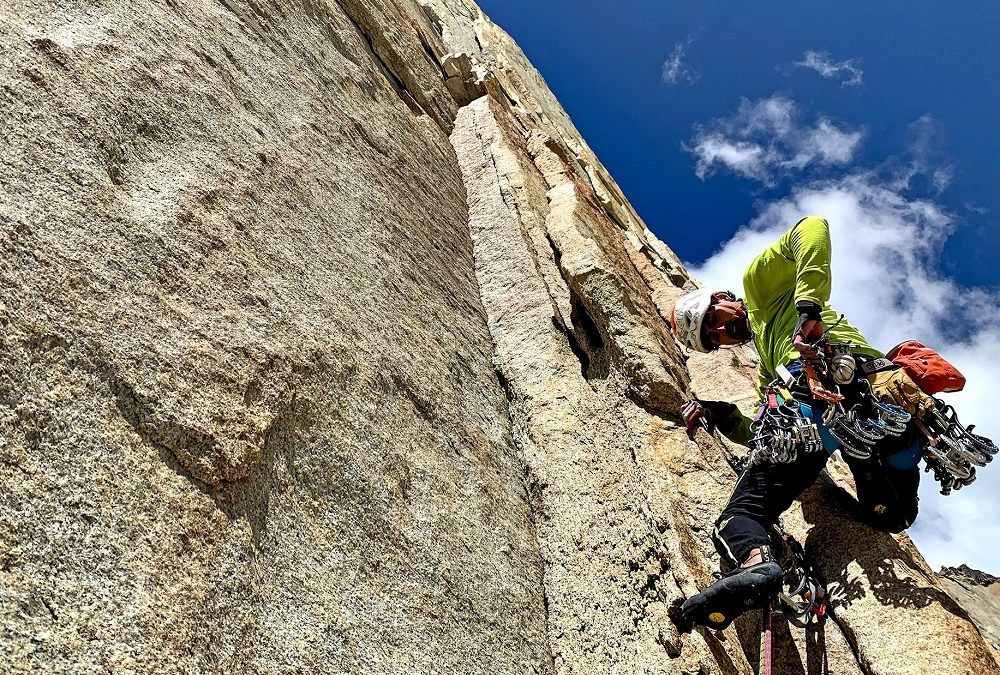 Standing at just over 2,000m in height amongst the famous peaks of the Torre del Paine group, Cuerno Este was the final summit to be climbed. Success finally came to a three-man group, Sebastian Pelletti, Romano Marcotti and Pepo Jurado, in late January when they made the first ascent of Vacaciones Metamórficas. Although there are a number of multi-pitch routes already on Cuerno Este, the new 600m 5.11 route is the first one to finish on the summit of Cuerno Este.

Earlier in the season Pelletti and Marcotti climbed the lower pitches but had to turn around below the headwall. Recruiting Pepo Jurado, Sebastian Pelletti and Romano Marcotti returned – along with more equipment – and successfully climbed the final pitches to the summit to claim the first-ever summit of Cuerno Este. 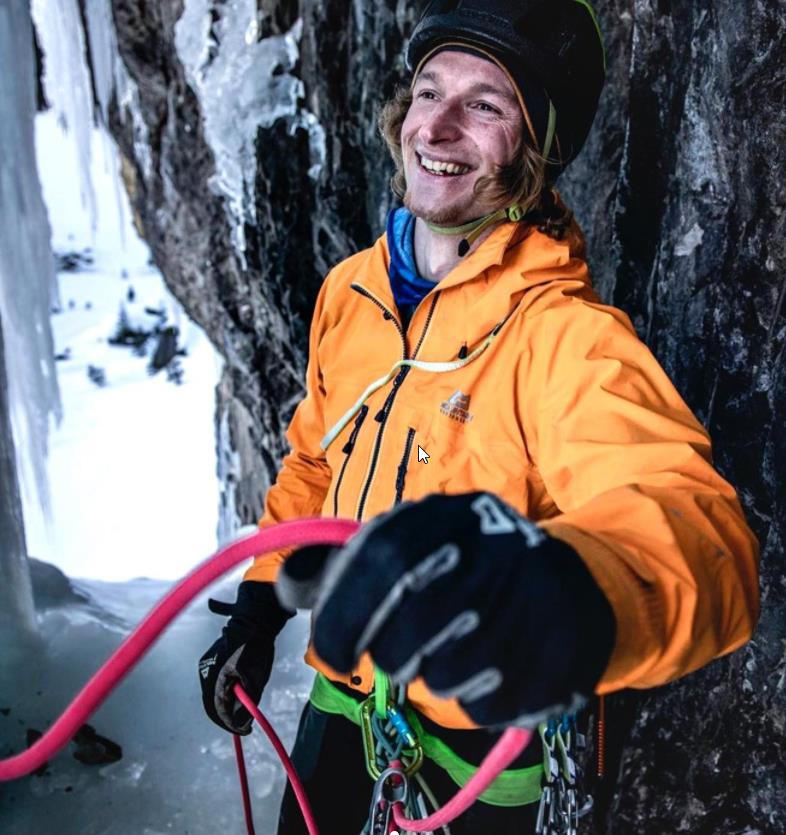 Tragically, and in stark contrast to the success on Cuerno Este, there have been two fatalities in January; both have occurred as a result of avalanches. In early January the Bavarian Alpinist Robert Grasegger was climbing on Aguja Guillaumet in the Fitz Roy range when he and an Austrian climber, 28-year-old Ana Truntschnig, were both hit by a wet snow avalanche. A third climber, reportedly uneasy about the snow conditions, opted to climb rocks away from the snow and hence escaped the avalanche. He was able to retreat from the scene and raised the alarm.

Over 40 rescuers, together with an army helicopter, mobilised as part of the search and rescue mission. Ana Truntschnig was located later that day and evacuated to and then treated for multiple injuries in the emergency facilities at El Calafe. The rescuers were unable to locate Robert Grasegger in the dark and when he was found the following day he was pronounced dead. Whilst all three were experienced climbers, two were IFMGA mountain guides. 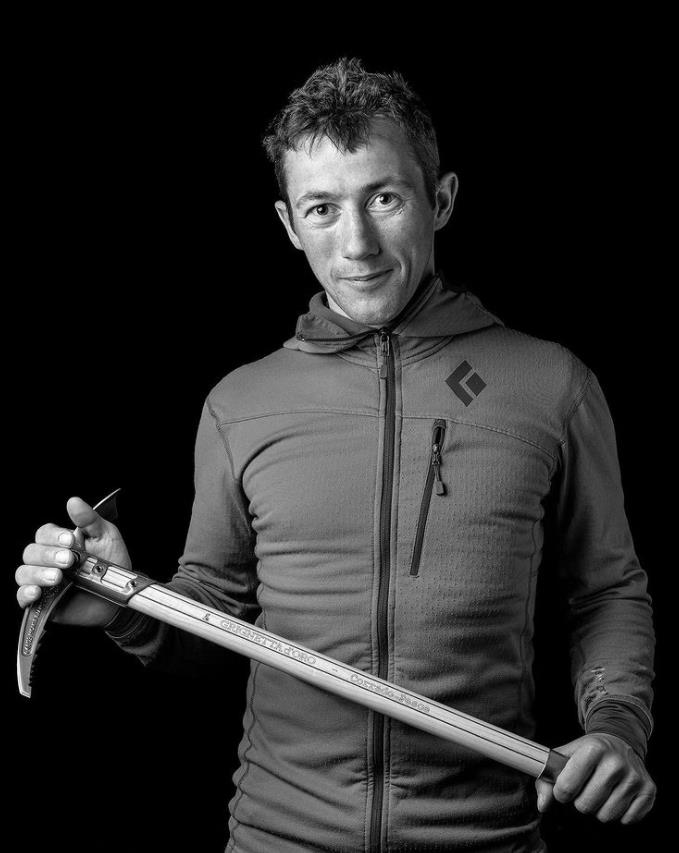 A second fatal incident occurred on Friday last week when the Chamonix-based renowned Italian Alpinist and mountain guide, Corrado “Korra” Pesce, and his climbing partner, Tomás Aguiló, were also avalanched whilst descending having completed a new route on the east face of Cerro Torre. It appears that having completed their new route, Pesce and Aguiló opted to descent the north face at night to avoid daytime hazards. Sadly, during that descent they were hit by an avalanche, said to include tons of rock, ice and snow, having been dislodged when a rime ice mushroom collapsed. Although injured himself, Aguiló was able to help Pesce down to the so-called “English Box” a rough shelter on that section of the north face. Aguiló was able to retrieve their InReach device and raise the alarm. Sadly, Korra Pesce was considerable more injured than Aguiló and was unable to descend; Aguiló was therefore forced to leave Pesce and continue his descent alone.

Another team - comprising Matteo Della Bordella, David Bacci and Matteo De Zaicomo - had also topped out at the same time as Pesce and Aguiló having just completed another new route on the east face. This team however, opted to descend via the Compressor Route on the southeast ridge. Unaffected by the avalanche and once safely down, the Italians joined in a huge rescue effort – including Thomas Huber as well as Iker and Eneko Pou - which had been mobilised. A number of the rescuers were able to climb several pitches up to a snowfield to reach and rescue Tomás Aguiló. Aguiló was flown by army helicopter to the hospital at El Calafe and treated for his injuries.

Having reached and recovered Aguiló, the rescuers were forced back in worsening weather conditions and so Korra Pesce was left alone on the mountain severely injured and without his bivi gear which had been swept away by the avalanche. Subsequently, and once the storm had abated, a drone was flown as part of the search mission. Detailed examination of the footage confirmed that Korra Pesce’s body could be seen on the mountain a short distance from the English Box where he and Aguiló had spent the night after been hit by the avalanche. His body will remain on the mountain until conditions improve and it can be recovered.

Although last week has seen a sustained period of settled weather, the belief is that the generally warmer weather has been responsible for an increase in recent avalanches. The well-known Patagonia climber Rolando Garibotti has since urged climbers to adopt communication devices – such as InReach and VHF radios - which are used in ski-mountaineering. Posting on his Instagram page Patagoniavertical, Garibotti gives more information on how InReach and VHF radios should be registered such that rescues can be initiated as soon as possible in the event of an accident.