Tom Peckitt, the Leeds-based boulderer, is cranking hard and livin’ the dream on the US leg of his year-long climbing sabbatical. Thus far, Tom finished fourth in the Hueco Rock Rodeo, has flashed V11 (Font 8a) and sent numerous US bloc classics including The Mandala (V12) (Font 8a+). 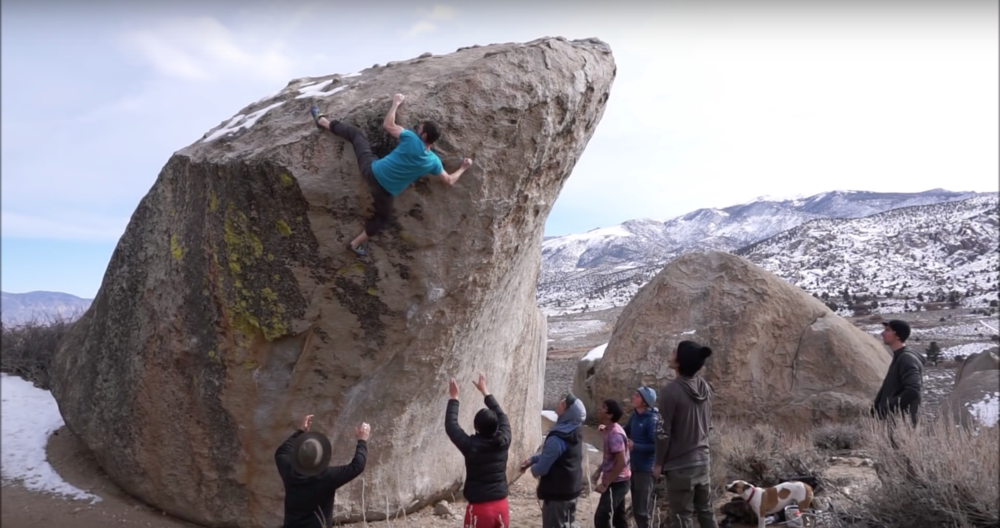 Tom Peckitt topping out on The Mandala (V12/Font 8a+).

Tom’s well-known on the Pennine scene for doing numerous hard repeats and first ascents. Aged 31, he’s taken a year’s sabbatical from his project management job and is off touring the world’s best bloc-spots. His opening leg in the US has thus far gone down very well. He plans then to move over to Rocklands, South Africa and then finish off in Europe. His girlfriend, Charlotte Telfer, is accompanying Tom on his US leg.

Tom hadn’t been in Hueco for long at the time of the Open comp but had managed to rack-up a number of hard blocs during his brief stay. His strategy for the Open was to repeat the problems he’d already done and in so doing he pulled fourth place in the comp in a world-class bouldering field. Ahead of him were Sam Davies (third), Jan Hojer (second) and Jakob Schubert (first).

Away from the comp scene Tom’s also been scoring some top blocs – including The Mandala (V12/Font 8a+). Topping out on The Mandala Tom described it as “a dream come true” adding “The provenance of this problem made it all the more satisfying.”

Tom’s released a video of trip to Bishop – see below – and has been interviewed by Grave Goods Society. Click through here to read that interview.