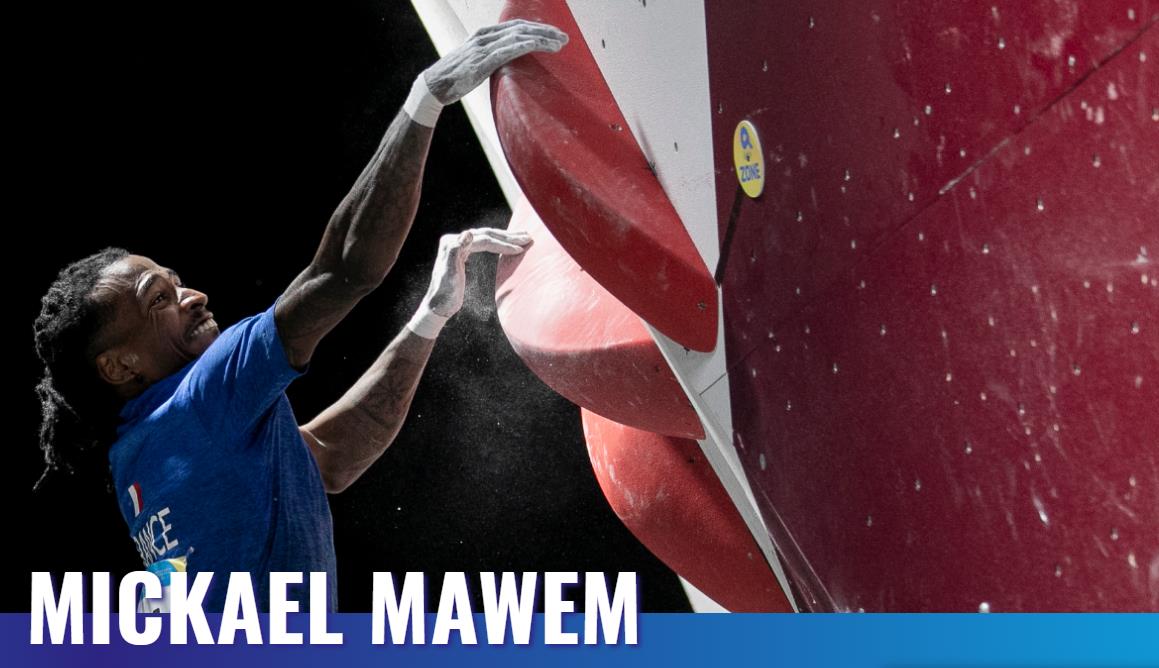 Finally, some thirty years after the first World Cup climbing competitions, sport climbing has made its long-awaited debut at the Tokyo 2020 Olympic Games with the men’s qualification rounds taking place today. The twenty qualified Olympians had two runs on the speed wall, then attempted four blocs on the bouldering wall and then finally attempted a lead route. The top eight climbers will now progress into the men’s combined final on Thursday. It’s probably fair to say that the day’s results aren’t what many would have predicted so read on!

Mickael Mawem had a storming boulder round topping three of the four blocs to finish in first place. Tomoa Narasaki placed second in the boulder round a whisker behind Mickael Mawem. Third place in the bouldering went to Adam Ondra (CZE) who also topped two of the blocs.  Aleksey Rubstov (ROC) finished in fourth ahead of Colin Duffy in fifth and Alex Megos (GER) in sixth.

Lead specialist Jakob Schubert (AUT) won the lead round edging out the all-rounder Colin Duffy (USA) who fell off the same hold having taken longer to climb to that point. Third place went to another young all-rounder Alberto Gines Lopez (ESP) who fell just one move below. Despite his lead climbing credentials Adam Ondra finished in fourth whilst fifth-placed finisher Nathaniel Coleman (USA) edged Alex Megos out into sixth place.

Once the ranking from the three rounds had been multiplied together the three highest placed climbers were 5th seed Mickael Mawem in top place on 33 points ahead of top seed Tomoa Narasaki in second on 56 points and 18th seed Colin Duffy in third with 60 points.

Ninth placed Alex Megos may however yet get a cherished spot in the finals as Bassa Mawem fell low in the lead round with a reported torn bicep. If Mawem is unable to continue then it is possible that Megos will take his place on the finals on Thursday.