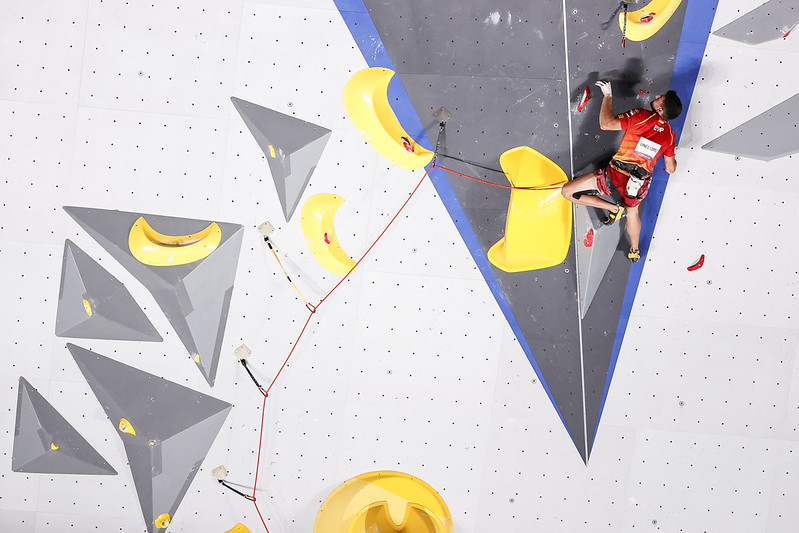 In an unpredictable yet totally enthralling final day of men’s sport climbing in Tokyo, the final podium places were all down to the final climber on the final climb of the final discipline, Jakob Schubert. Following poor rounds in the speed and bouldering Jakob Schubert delivered an absolute masterclass in the lead to take the one and only top! When Schubert took first place in the lead all the lead scores of all the other climbers were re-calculated. Significantly, that plunged pre-event favourite Adam Ondra off the podium! Tomoa Narasaki, the other pre-event favourite, had already slipped below the podium places when he finished the speed in second and boulder in third. Coleman, having won the boulder round had done well enough on both speed and lead to take the silver. As usual, the devil is in the detail so here’s a quick summary of the individual rounds.

Sadly, having won the speed qualifier Bassa Mawem tore his left bicep in the lead qualifier and was unable to compete; seemingly the field was open for Tomoa Naraski, the other speed merchant, to take the win. Against the odds however, Alberto Gines Lopez took the win in speed ahead of Tomoa Naraskai who slipped on his run; Mickael Mawem finished in third. Adam Ondra smashed his personal best time and recorded 6.86secs to finish in 4th.

In any other competition you’d put money on either Adam Ondra or Tomoa Narasaki wining boulder. In a tight-scoring boulder round, Nathaniel Coleman however climbed out of his skin recording the only top on B2; that gave him the win forcing Mickael Mawem down into second and Tomoa Narasaki into third. Jakob Schubert finished in 5th whilst Adam Ondra finished in a disappointing and surprising 6th place. 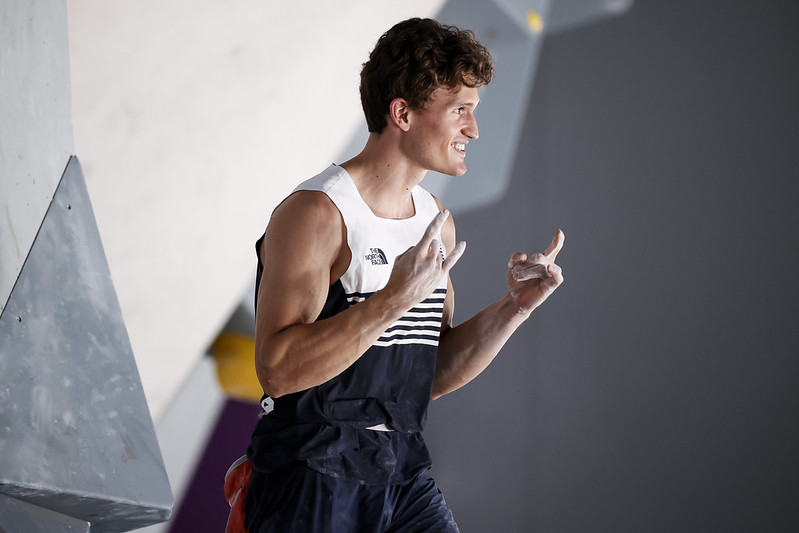 Climbing first in the lead Tomoa Narasaki was fast, efficient and confident; he fell at move 33+ moving towards the headwall establishing a critical marker for the others. Nathaniel Coleman crimped and cranked past Narasaki’s high point just – then fell! How significant Coleman’s extra move was to prove only became apparent later. Adam Ondra, having struggled in the boulder round looked for all the world like he’d brought his A-Game to the lead; he bettered all the others and took a commanding lead falling off move 42+. With Lopez, Duffy and Schubert - all lead specialists - still to climb the lead round and hence the overall competition was wide open though. Alberto Gines Lopez climbed fast and purposefully but punched his ticket at move 38+. Colin Duffy looked super strong on his lead effort climbing quickly and opting not to take the few 'resting' opportunities gifted by the setters. He climbed past that Lopez's position and looked like he was going the threaten Ondra's highpoint but fell at move 40.

In the most dramatic finish possible, Jakob Schubert, climbing last, delivered the only top in the lead; a thoroughly business-like execution from the master lead specialist to out-climb Adam Ondra and take the win in lead! 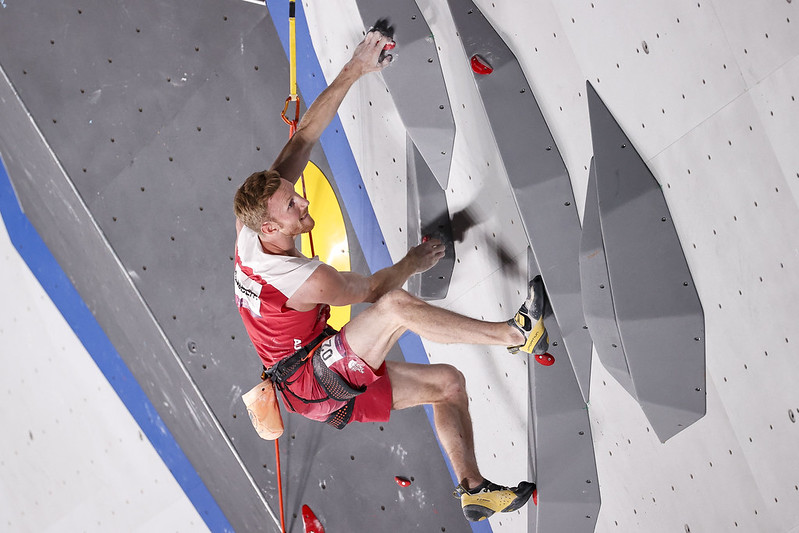 Once Schubert had topped out and all the lead scores re-calculated Alberto Gines Lopez had finished in first place and became become the first-ever men’s Olympic sport climbing champion. Nathaniel Coleman was undoubtedly the surprise silver medallist whilst Jakob Schubert must surely have become the most ecstatic winner of a bronze medal in any Olympic event ever!? 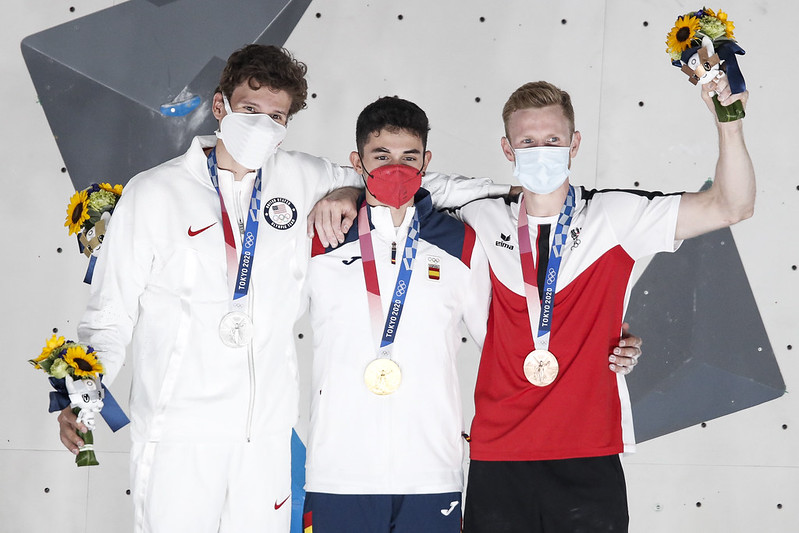