The prestigious Piolet d’Or awards have been announced ahead of the award ceremony in Briancon, France November 26th to 29th. 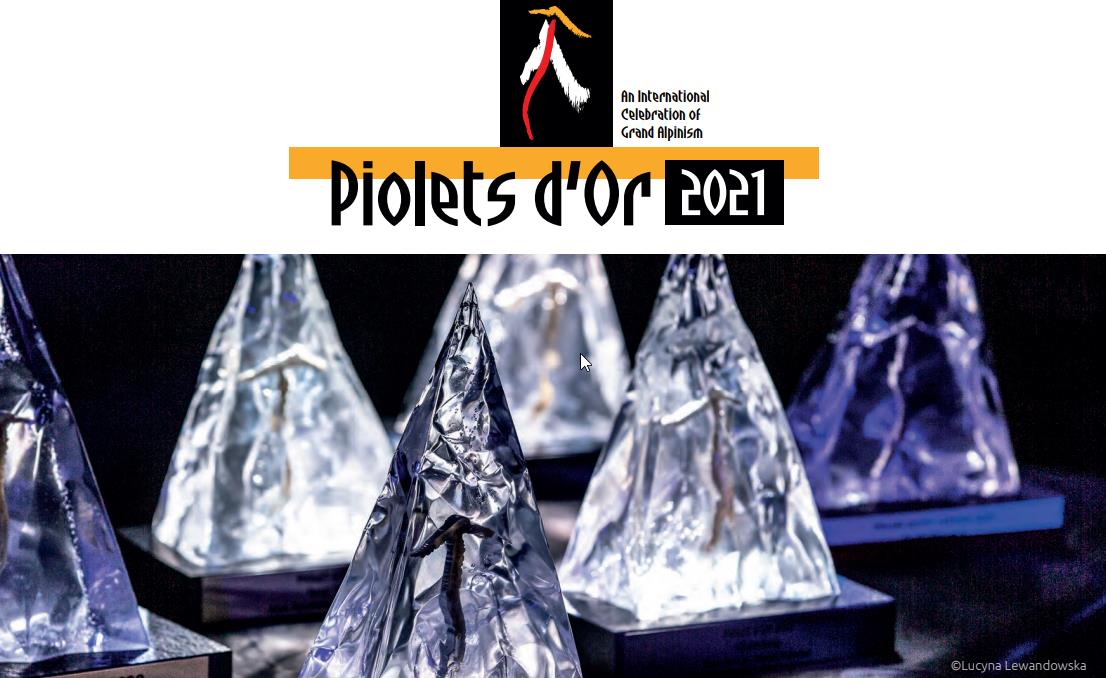 The following press release details the climb recognised this year:

Challenges in mountaineering took a different turn in 2020, with most parties forced to cancel planned trips and Greater Range expeditions due to COVID-19 restrictions. Climbers would be innovative in the countries they could access, mostly their own. For European Alpinists, during the summer months, this largely meant the Alps, where there were noticeably more than the usual number of high-quality ascents. To reflect the mountaineering activity of 2020, the 2021 Piolets d'Or International Jury has decided to award one altitude and one non-altitude ascent, both, in different ways, meeting our high mountaineering values. We take you to Asia and an ascent of a previously untouched, and indeed rarely seen face on a little-known high peak of the Pakistani Karakoram, and to North America for a fine example of both "staying close to home" and lightweight technical climbing in the Canadian Rockies by two local residents. 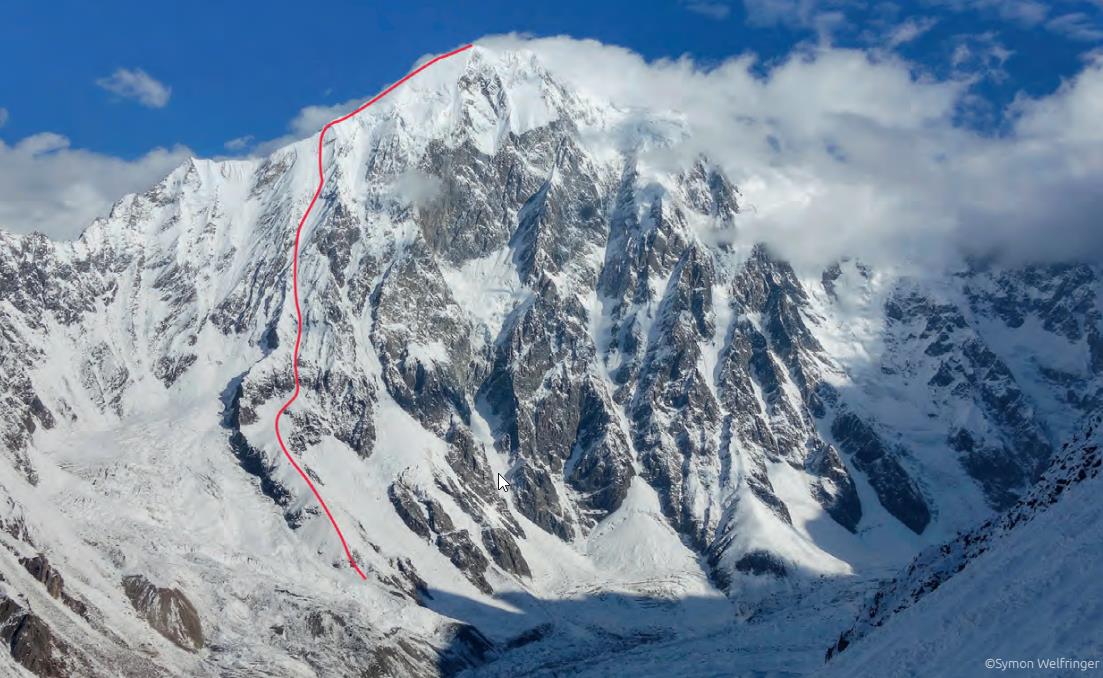 South face and southwest ridge - Revers Gagnant (ca 2,500m, M4+ WI4+ 90°), Pierrick Fine and Symon Welfringer (France), October 16-19 for the ascent. After the pandemic thwarted plans to travel to Nepal in the autumn, Fine and Welfringer had just two weeks to come up with a new idea. Pakistan was the only country to allow them entry, and after a thorough study of mapping data they opted for the unknown south face of Sani Pakkush, a 6,952m peak in the western Karakoram that had been climbed only once; in 1991 by Germans via the northwest ridge. This would be a thoroughly exploratory expedition: the south face is big and complex and rises from the head of the Toltar Valley, the upper part of the glacier almost certainly not reached previously by mountaineers.

The odds would be stacked against them as October is generally far too late for climbing big mountains in Pakistan. After more than two weeks of acclimatization, in clear but cold weather they climbed a difficult snow/ice/mixed spur on the far-left side of the face, with two bad bivouacs, before stopping early on the third day at a comfortable site on the crest of the southwest ridge. The next day, seven hours of hard work through inconsistent snow took them to the summit. On the fourth day, they returned to their 4,100m base camp, downclimbing and rappelling the route of ascent. 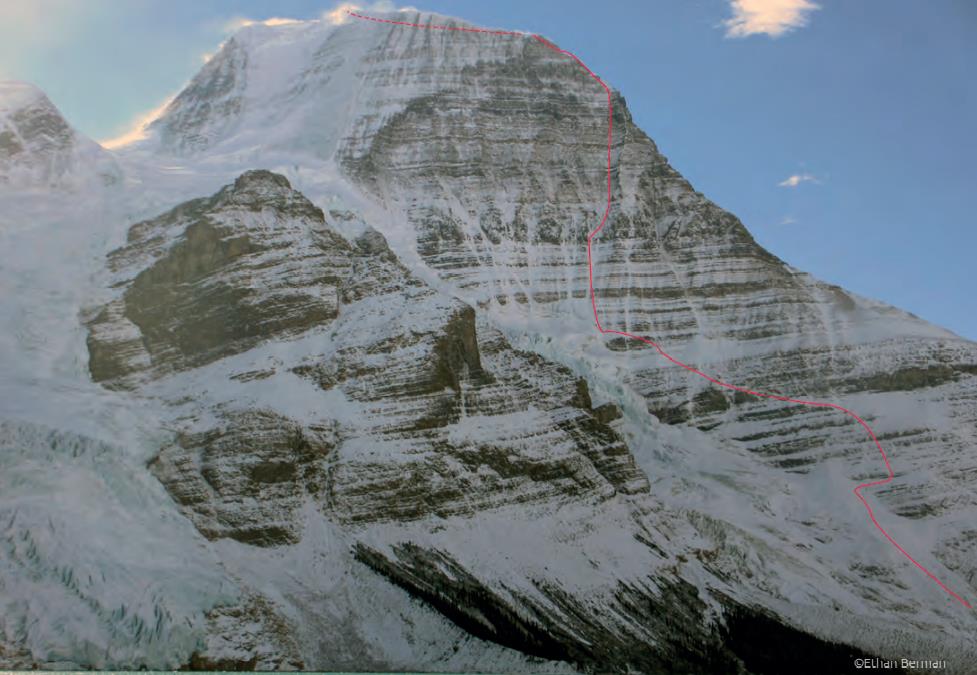 Emperor (northwest) Face - Running in the Shadows (2,300m, US VI, M6 AI5 A0), Ethan Berman (USA) and Uisdean Hawthorn (UK). September 30 to October 1 for the ascent. Robson is the highest peak in the Canadian Rockies and the Emperor Face the Rockies' biggest mixed wall. There were already five routes or variations on this face, the first, in 1978, by Jamie Logan and Mugs Stump. However, this new route follows a conspicuous gully system right of the 2010 Kruk-Walsh route and was climbed in excellent style: Berman and Hawthorn were only the second team (and the first for almost 40 years) to climb a new line on the face and reach the summit, without using a helicopter for the approach or descent.

The pair walked 20km from the road head to the mountain (and later back again), bivouacked below the face, then climbed 1,800m to the Emperor Ridge, where they stopped for a second bivouac after 19 hours of movement. All technical climbing was on new terrain, with the hard pitches through thinly iced, steep rock barriers that often had a very Scottish feel. The next day, in poor weather with bad visibility, they made a complex one-kilometre traverse along the west flank of the Emperor Ridge to gain the summit, where they bivouacked once more before embarking on a 3,000m descent of the Kain Route. 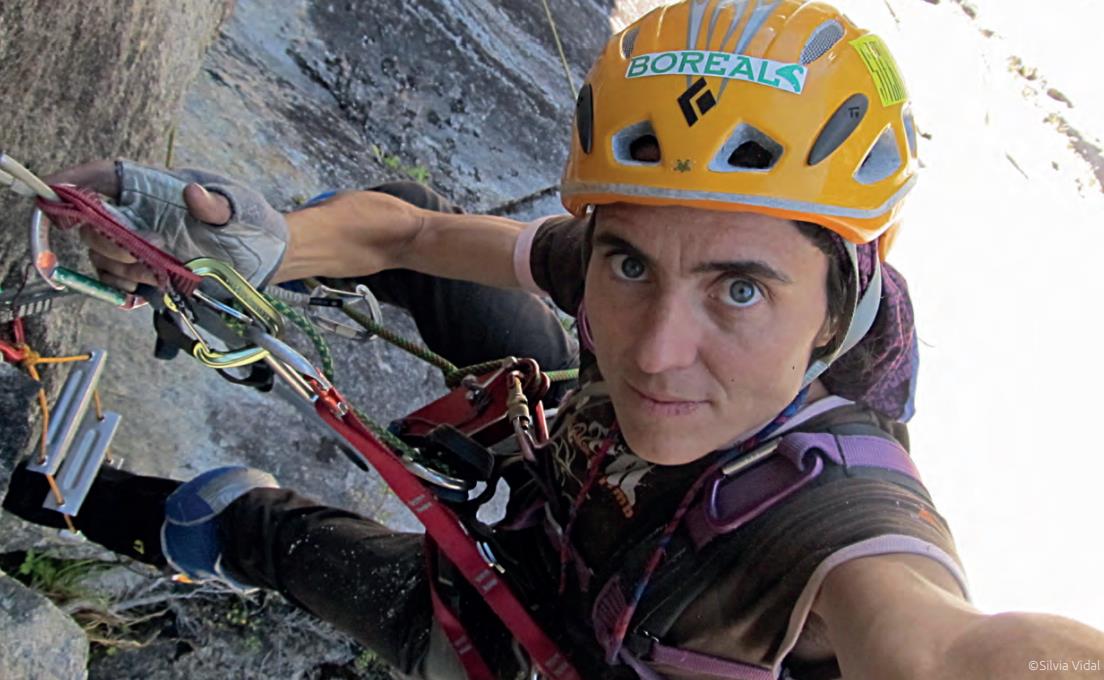 The Piolets d'Or promotes progressive mountaineering, alpine-style, doing more with less. Our awards reflect this ethos. But it also champions the spirit of exploration, a high level of commitment and self-sufficiency. In this respect, the Piolets d'Or would like to acknowledge the huge contribution to solo big wall climbing for more than two decades by Silvia Vidal. This Catalan is well-known for her impressive feats of endurance and hard aid climbing on remote big walls around the world. Her most notable ascents have been achieved mainly in total autonomy: entirely alone, no radio, no mobile, no GPS, no weather forecasts, no communication. Drilling tends to be minimal and always by hand.