Stuart Littlefair adds his name to list of Rainshadowâ€™s conquistadors

Hot news on FB tonight is that Stuart ‘Stu’ Littlefair has ticked Rainshadow F9a adding his name to a select group of Brits who have climbed F9a within these shores. 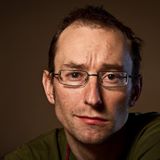 Late on Monday night Stu update his cover photo on FB to an image of himself on Rainshadow. You could almost hear the whirring noises of his friends wondering if he’d done it and he was keeping quiet. Apart from the a few comments of encouragement from mates, that was it; no-one dare ask if he’d succeeded or not – we all assumed he’d tell us when said deed was done.

Those who know Stu know that he’s been beavering away for a while on Rainshadow although in the spring of this year he, along with a certain Ben Moon and Ryan Pasqual, were regularly seen adding to the polish on Raindog’s footholds. As the whole (climbing) world knows, Ben Moon succeeded in his challenge on Rainshadow at the beginning of summer. However, both Stu and Ryan’s attempts were suspended because of their respective injuries and/or other committments.

We now know that Stu hadn’t in fact done Rainshadow when he updated his FB photo. However, Stu was at the crag today and, with Steve McClure himself on belay duty, he busted through the crux on Rainshadow from the deck for the first time ever and promptly proceeded to finish the job off! However, typical of the person that he is, he didn’t spray that’d he’d topped Rainshadow; in fact he said nought, zilch, nadda – a big fat silence. It fell to Ru Davies, one of Stu’s long-time climbing mates, to write on Stu’s FB wall tonight that he’d in-fact succeeded on Rainshadow earlier today. Now the photo is one of some significance after all! The list of hearty congratulations to Stu on FB is now rapidly approaching a length that, if pasted end to end would stretch into outer space to the planets – but that, as they say is another story for another day!

It seems Stu is still taken aback as he told CLIMBER earlier this evening; “Totally made up and not a little shell shocked”. CLIMBER hope to bring you more details ASAP – meanwhile, our congratulations Stu, great job - as they say…