White hot news from Malham is that Steve McClure has just redpointed his Malham project to give the UK its first F9b! 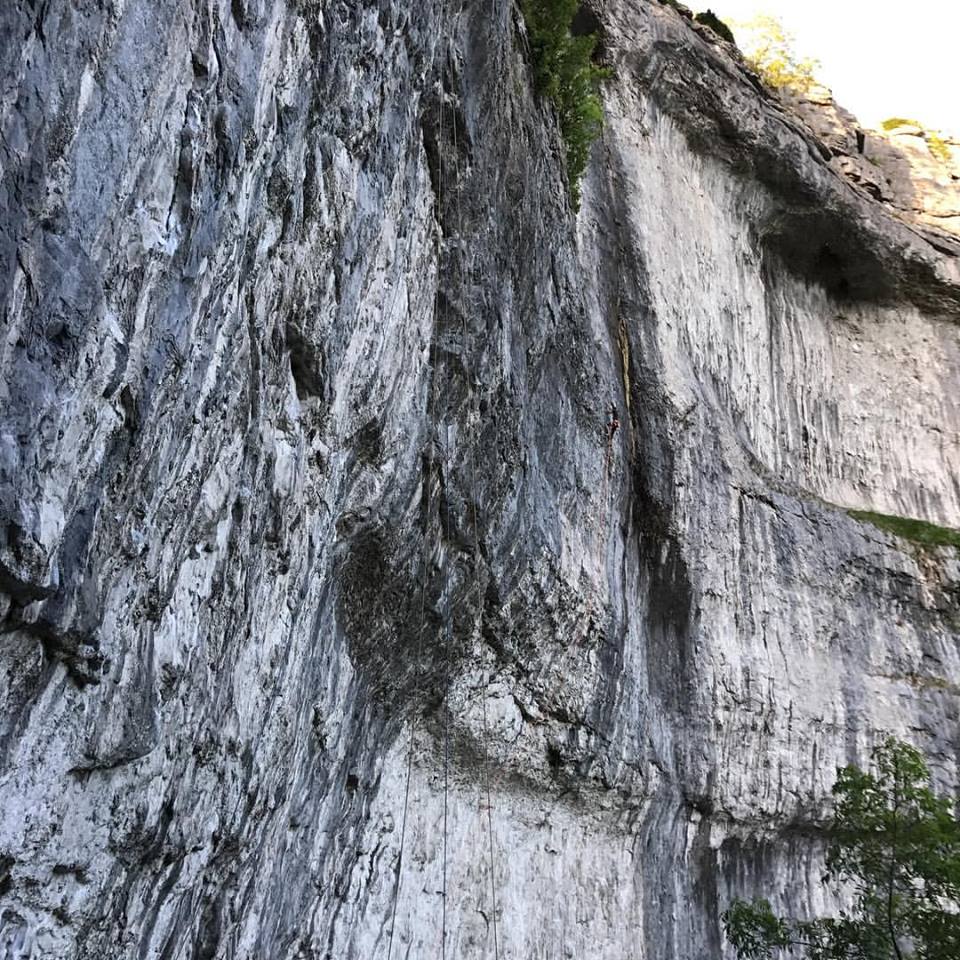 Steve high on the headwall on the successful redpoint. Photo Ian Dunn

After years of attempts, countless readjustments and tiny tweaks here and there, endless tactical analysis, countless training sessions and a month or so near-misses of the 'last hard moves' Steve McClure has finally completed his mega Malham project to give the UK its hardest route yet at F9b. Tonight, as darknesses was falling and having previously texted his mates back in Sheffield that he was knackered, Steve proved he is the legend that we all know him to be when he dug deep for that ‘one last go’.

Steve’s success is richly deserved. Having hit the limelight in 1998 with his Raven Tor route, Mutation (F9a) – a route still un-repeated, Steve has spent the last two decades at the top of the UK sport climbing pyramid. All those that have belayed him on his latest project firmly believed his success would come in the end and now it has. Famously restrained with his grades – Steve told CLIMBER tonight: “I’m grading it F9b. It’s taken me longer to do than Overshadow and I think it’s harder so I’m going with F9b.”