In what seems to be some rare grit activity recently Steve Dunning made a rare repeat of Charm (E8 6c) at Caley last week. 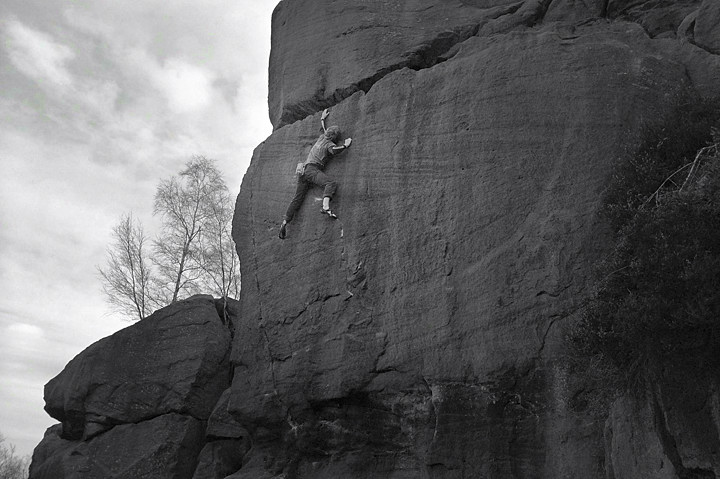 Charm has something of a chequered history. It was first done at E6 in 1988 with protection from a side runner by the then YMC guidebook editor, Graham Desroy. In 1999 Ben Tetler soloed the line to create one of the hardest routes on Yorkshire Grit. Steve’s ascent, the day before his birthday, proves he’s not too old to be bold – yet! Steve was in the news before Xmas when he made what we believed to be the tenth ascent of The New Statesmen (E9 7a), John Dunne’s Ilkley test-piece – click through here to see that report if you missed it.

Steve is heavily involved with the development of the new mega bouldering wall in Manchester at the moment so it looks as though we might see more big-numbers dropping if Steve nips out onto the grit between meetings.