The book launch for Statement: The Ben Moon Story took place on the evening of Tuesday 3 March at Outside in Hathersage. As is usually the case with book launches at Outside the event was sold out and the packed room was treated to a great introduction from Outside’s books guru Chris Harle, a history of the Statement project and a reading from the book by author Ed Douglas, and finally a slideshow and talk by Ben Moon. 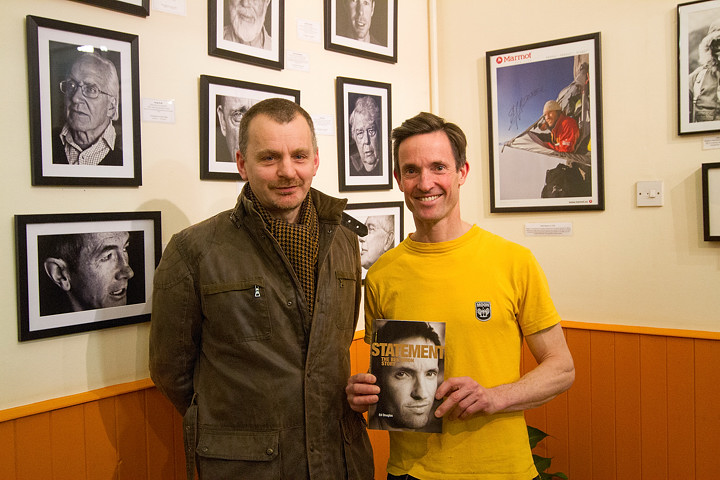 Statement is the long-awaited official biography of Moon, one of the world’s most legendary climbers. It charts his life from childhood in London, to meeting the greats such as Jerry Moffatt in the early 1980s, and his eventual emergence as one of the best sport climbers and boulderers in history.

Following an introduction by Chris Harle, Ed talked about the process of writing the book. It had originally started life as a ghosted autobiography, but Ed quickly realised this wasn’t going to work and, with Ben’s approval, he changed the approach to a third person biography.

He then read the book’s prologue, which finds Ben and companions attempting Skye’s Cuillin Ridge, an unlikely place to find a leading light from the 1980s sport-climbing revolution. 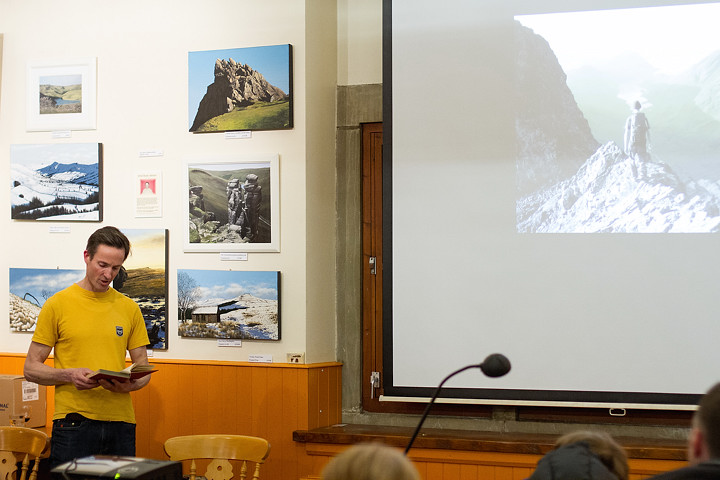 The assembled crowd was then treated to a rare slideshow from Ben himself, with never before seen images accompanying his stories about his first ascents and the people he has climbed with over the years. 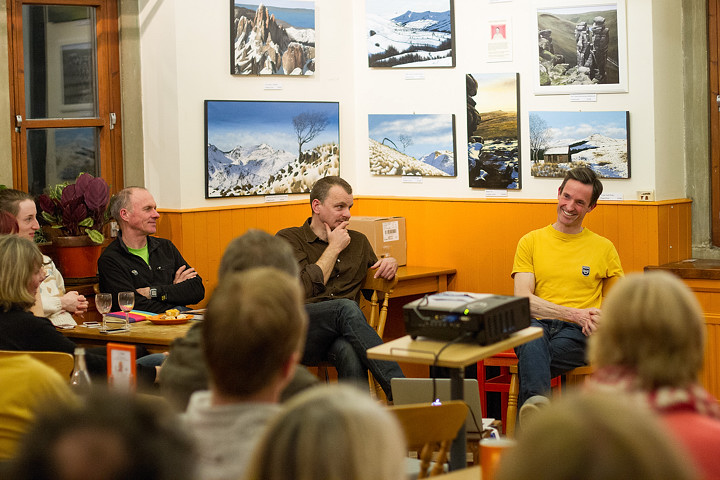 Ben closed his talk and the evening with a quote from Colin Kirkus’s book Let’s Go Climbing, an early edition of which he had been given by his grandfather, and which, by his own admission, he ‘used to read all the time’:

"As an exercise climbing is unrivalled, since every muscle in the body is used. It teaches judgement and courage and coolness in emergency, and makes you forget completely all the worries of everyday life. It is a wonderful chance for adventure in pure air and magnificent surroundings. Few who start climbing ever give up. Once a climber, always a climber.'"

Click through here to order your signed copy of Statement direct from Vertebrate Publishing.

Finally, to read more about Statement, including an extract from the book as well as further comments from both Ben and Ed, pick-up current edition (March 2015) of CLIMBER.