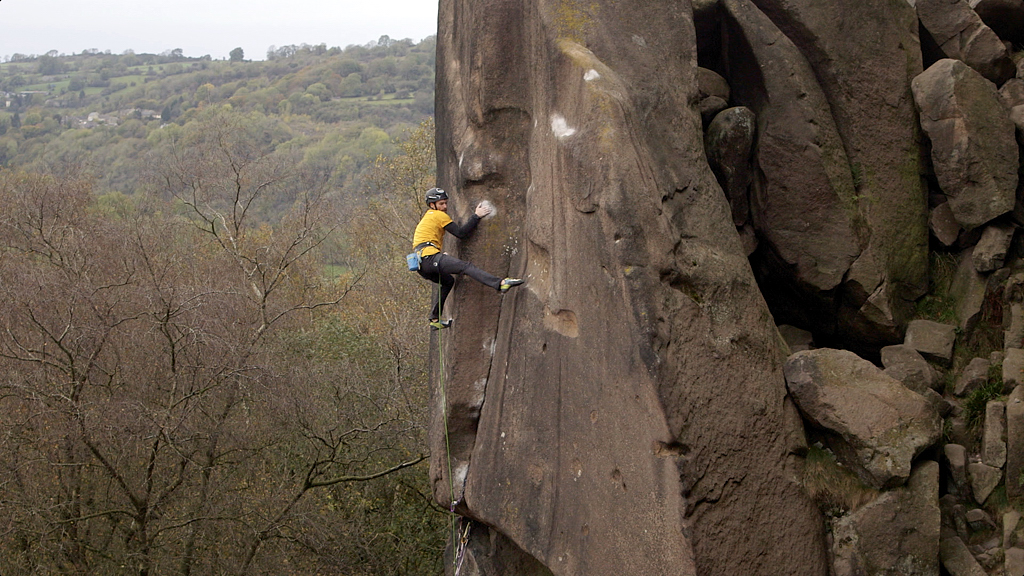 During his three week stay, Peak aficionadas gave Siebe the ‘official’ tour and the low-down on the classics; despite the typically poor weather Siebe nailed a fair selection of the area’s hard routes including Parthian Shot and a flash of Gaia.

Siebe explained his motivation for the trip: “Many years ago I told myself, I will make a big trad-climbing trip to the UK. I would travel from the Peak District to the Lakes, Pembroke, Scotland, North-Wales, Devon, Gogarth and many more. I dreamed of climbing the most classic and historical lines and get a taste of this strong British trad-climbing culture. This year I was able to, at least, begin this ambitious project, with the help of film-maker Andrea Cossu.” 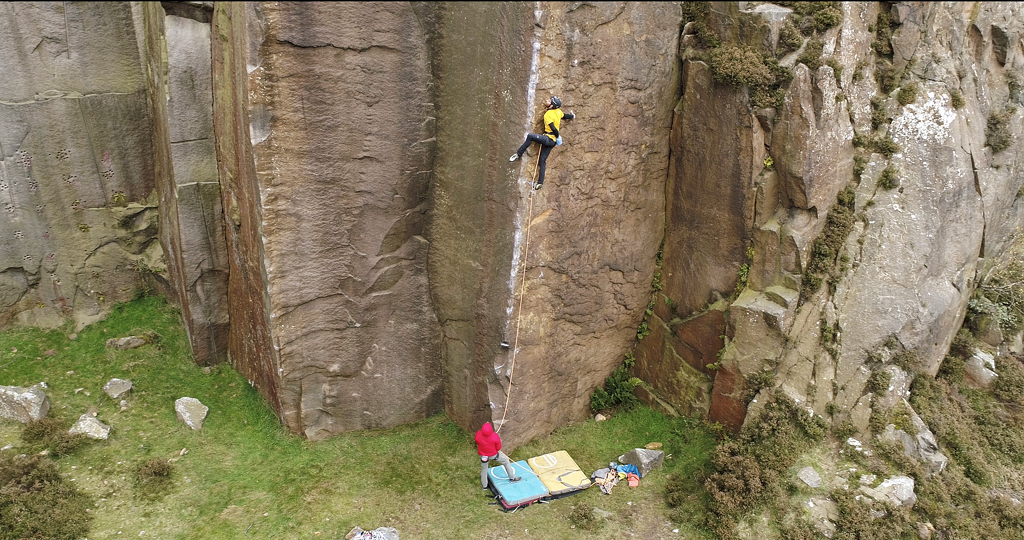 “This two-and-a-half-week trip in October 2021 resulted in an interesting journey, giving us the full Gritstone experience. We had a great amount of gritstone climbing and inspiring encounters. But also; lots of wet rock, beers in the pub and indoor climbing sessions at the Climbing Works and Ben Moon’s schoolroom. Climbs and chats, this is what we aimed for, let me explain. The climbs I had set myself where some hard classics like The New Statesman, Parthian Shot and Equilibrium.”

Siebe immersed himself in the deep history of the climbs and those who did the first ascents/early repeats: “The chats, to learn about the history and ethics, I would have with any local I could find, but mainly with some myths and strong gritstone climbers. I met up with Pete Whittaker, Sam Whittaker, Jim Pope, Ben Heason, Franco Cookson, John Dunne and even had a phone call with Johnny Dawes.

So how did his trip go: “Like we all know, the UK can have a fair amount of bad and wet weather. It was for sure a challenge to get some good routes done but with a proactive attitude and high motivation I took every chance I could grab to go outside. The advantage of the gritstone is that it dries very quick. The disadvantage is that for the hard climbing, you really need the cold and dry conditions. Unfortunately, they never came and two out of three routes of my list I wasn’t able to climb. Nonetheless, with the help of the locals showing me the dry rock and best lines, I managed to climb a good list of classics and experience the key characteristics about this place.” 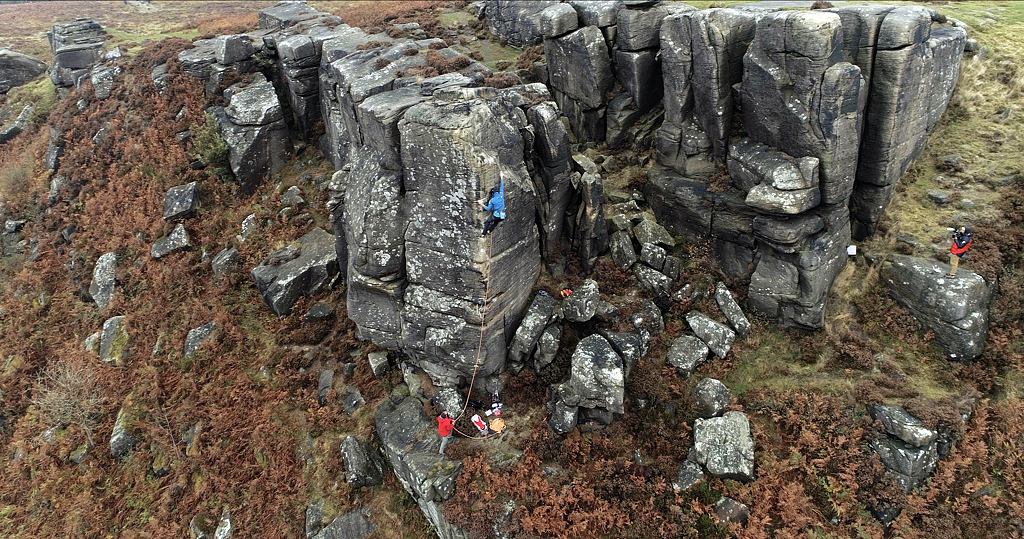 “I found answers on my questions; Why those strong ethics? Where do they come from? No bolds and no anchors? What is ‘fall theory’? What about this weird grading system? Which mindset is the most effective climbing on this rock, in this style without braking a leg? Why not just climb solo? Is it really that dangerous?”

The answers will be in Andrea film, Friends of the Grit, which is scheduled for release in spring 2022.

Although somewhat thwarted by bad weather, Siebe did climb a very respectable number of the testpieces including: