After battling super hard projects all last year Seb Bouin took a mini break over Xmas to Mallorca where he hoovered up a dozen or so routes including a fast repeat of Reikiavic Energy (F9a). 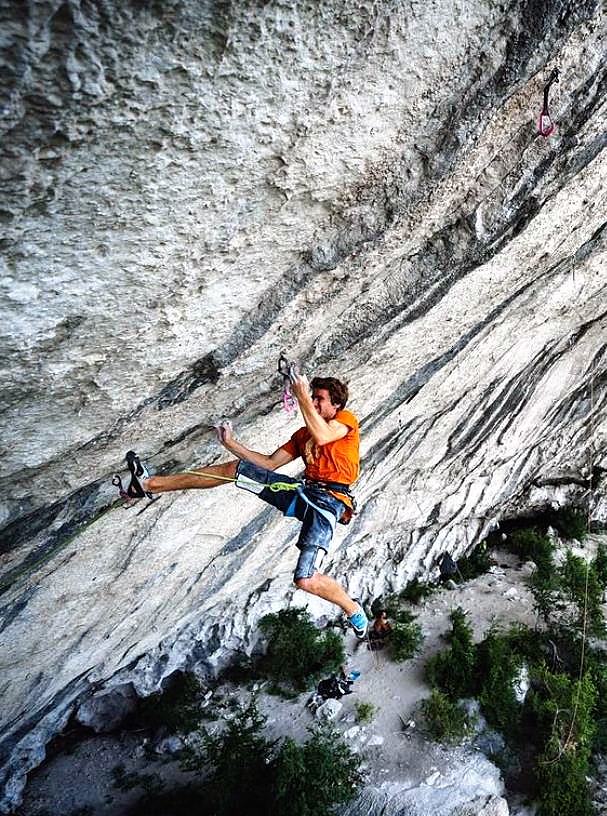 It didn’t take Bouin long to repeat Reikiavic Energy (F9a), the 40m route going down on his fourth go. Bouin’s was the third ascent of the route which was originally climbed by Iker Pou.

Bouin explains the difficulties involved:
"The characteristic of this route is a dyno crux on the top of the route. It's not so much powerful, yet it's super uncertain after 40 meters of climbing  . I did it on my 4th go.

Regarding the grade, it's hard to pronounce myself, when you stick the dyno it doesn't feel so hard, yet, you can fall a lot of times because of this uncertain move. Let's say "soft 9a'."

Seb also did the first ascent of First Sound Cloud on a new crag. Like Reikiavic Energy, Seb’s new offering – which weighs-in at F8c - also has a dyno crux. He climbed that route on his second attempt.

In addition Seb also ticked a number of other routes – all on-sight. Here’s his tick list:

Having been a regular in the news in previous years for doing a phlethra of fast, hard repeats Seb spend pretty much the whole of 2021 attempting two really hard routes; Bibliography (F9b+), Ceuse and DNA (still a project) at Rameroul in the Verdon. Seb reports that he was close to Bibliography in the autumn and just before Christmas he got through the main crux on DNA on three occasions but fell. Hopefully, he’ll report success on these projects during 2022.