Sean Bailey gets the third ascent of Bibliographie (F9b+) at Ceuse in France, a month or so after Stefano Ghisolfi made the second ascent. 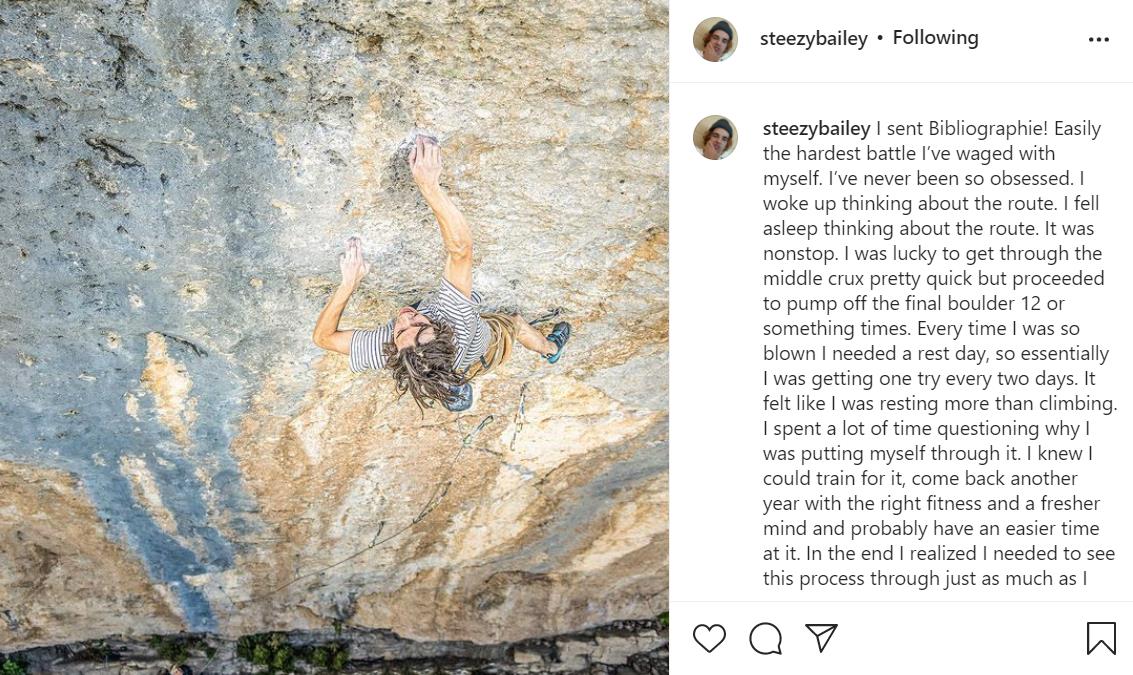 “Easily the hardest battle I’ve waged with myself. I’ve never been so obsessed.” Bailey wrote on his Instagram post.

Having missed out on qualification for the Tokyo Olympics, Bailey has dived deep into the World Cups this year and really made his mark winning gold medals at both bouldering (Salt Lake City) and Lead (Villars and Chamonix). Bailey wasn’t shy about sharing his opinion of the Chamonix men’s final. “Hard end power endurance is as cool a style as it gets,” he wrote after his win. Fast forward, Bailey has put his mind and body to work at Ceuse – the third ascent of Bibliographie is his reward. He was clearly focused on the job from start to finish:

“I woke up thinking about the route. I fell asleep thinking about the route. It was nonstop. I was lucky to get through the middle crux pretty quick but proceeded to pump off the final boulder 12 or something times. Every time I was so blown I needed a rest day, so essentially I was getting one try every two days. It felt like I was resting more than climbing. I spent a lot of time questioning why I was putting myself through it. I knew I could train for it, come back another year with the right fitness and a fresher mind and probably have an easier time at it. In the end, I realized I needed to see this process through just as much as I needed to send, I’m glad I did! It taught me so much about the process. I spend a lot of time trying to make things happen, but sometimes you have to let things happen too.”