Aidan Roberts continues his full-frontal assault on Lake District and UK bouldering adding firstly Copperline (hard Font 8b+) and then Superpower at a suggested grade of Font 8c/+. 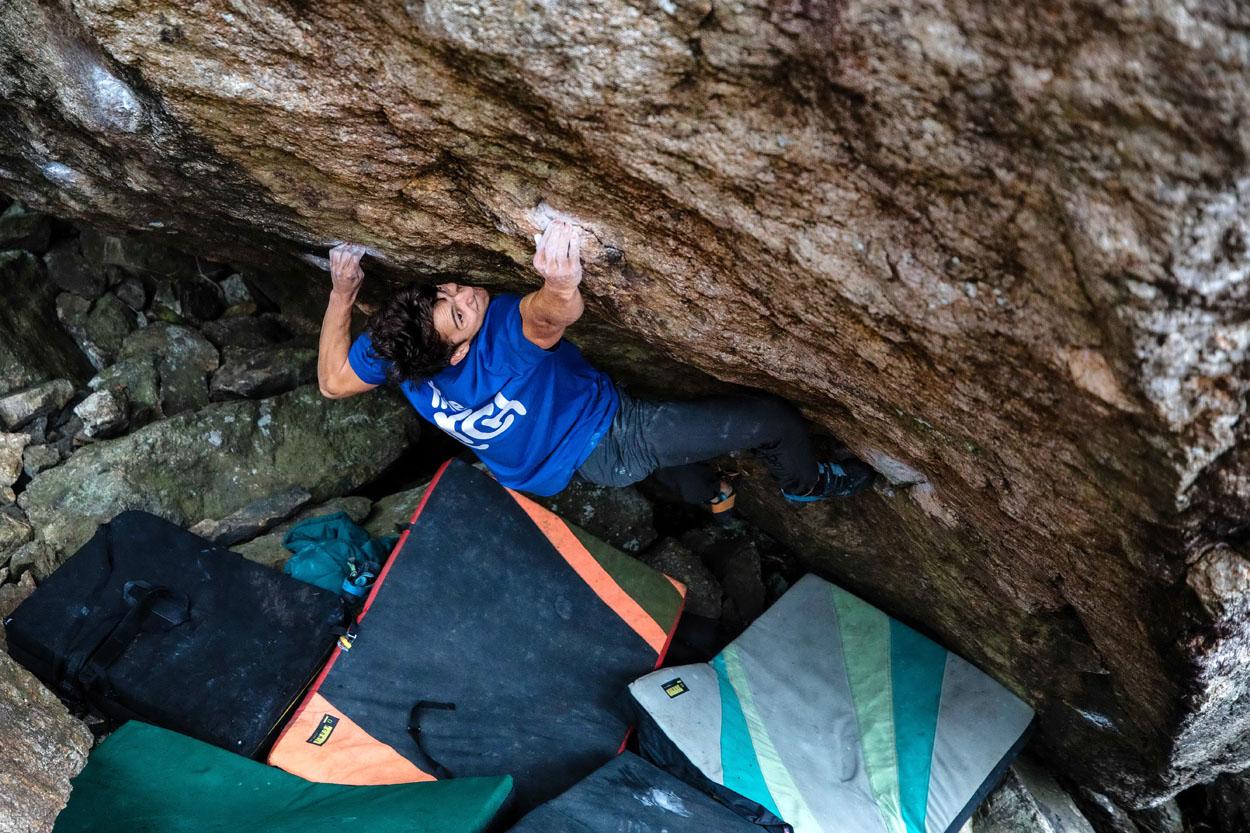 In the cooler snap in late August, Aidan added Outliers (Font 8c) at Trowborrow – click here for that report. Jack Palmieri, who was with Aidan when he did Outliers, told Climber at the time “his performance on the day was unreal to watch” before commenting “The future of British Bouldering”. Aidan’s latest addition, Superpower, underscores Jack’s concluding comments!

After adding Outliers Aidan came down to the Peak District where he smashed out a collection of the hardest blocs starting with everything, i.e. Badger, Badger, Badger (Font 8a), Dandelion Mind (Font 8b) and Bewilderment (Font 8b+), at Badger Cove which he did in a day! The day after, he repeated Superman (Font 8b) and then Superman Sit Start (Font 8b+) at CragX. “A couple of my better days!” wrote Aidan on his Instagram page adding “…looking forward to applying what seems to be a run of form into some Lake District projects!” 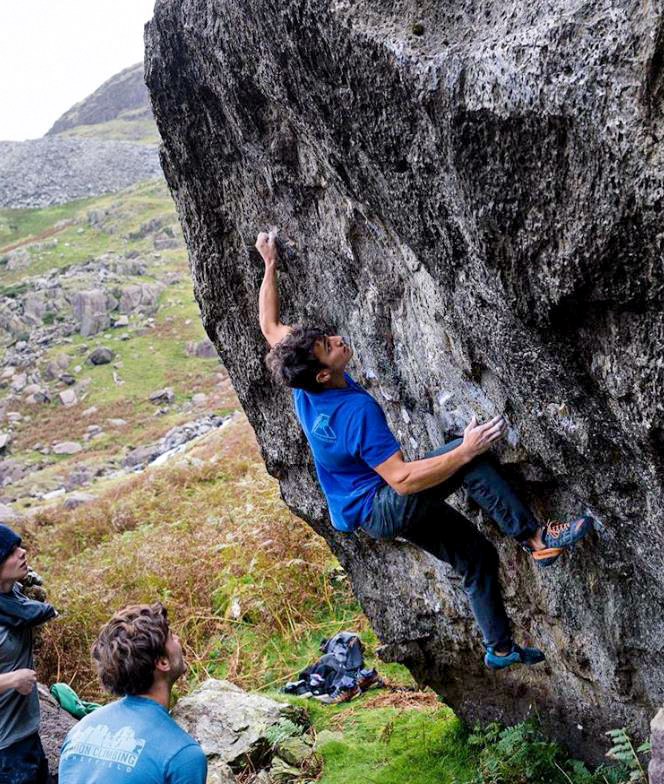 Duly back in the Lakes, Aidan focused his attention to his list of projects. First to go down was Copperline which he gave Font 8b+. Clearly chuffed with this bloc Aidan wrote; “Means a lot to me this one! The first and possibly most pleasant of my 3 main projects for this year…” A sit down start to a line he’d climbed earlier this year, the cooler temps allowed Aidan to use a hitherto “unusable slopey pinch” to nail the bloc which he reckoned was hard Font 8b+.

It was time for Aidan to return to Lad Stones to try the sit start to Man Power (Font 8a), a problem he climbed a few years ago. Aidan describes his efforts on it; “Over the past 4 years or so I’ve tried it on and off, never really linking more than a couple of moves and never feeling close to linking the full sequence. I knew I was currently climbing well but, until I had a session dropping the last hard move, my confidence for this climb eluded me.”

“The satisfaction and disbelief when standing atop of this massive boulder will not be one I’ll forget in a hurry.” Is how Aidan summed up his first ascent.

Sam Pratt has been in the Lakes and touring round photographing Aidan on his projects was lucky enough to be on hand to witness and capture Aidan’s ascent; “…he did it damned fast on the day we only got a few shots in total.”

Aidan describes it in some detail. “In terms of pure difficulty and minimalism, this one takes the top spot and undoubtedly barges its way to my hardest climb to date whilst also aligning perfectly with my style. Steep, body tension, wide moves and small crimps and, from my experience, possibly one of the best of its style I’ve come across.”

When Climber talked to Aidan about Outliers it was obvious that he’s put a lot of thought into the grading of that route – and his other first ascents - comparing them to others he’s done in the Lakes as well as other blocs further afield which he’d done; “My hope is to grade my first ascents as a fair reflection of their difficulty. It’s a dilemma for me as I understand that, in different areas around the UK and the world, overgrading can be the main issue but I feel undergrading can be as equally damaging and the consistency in grades around the UK has maybe been affected by this.”

Obviously the dreaded grading question reared its head having done Superpower. Here’s Aidan’s thoughts on the matter after his first ascent; “I’ll admit I’m out of my depth with this one. Having never really tried much of the top end bouldering it’s hard to understand where this sits, though comparing to the ones which I have, it feels as though it sits a difficulty above any 8C I have tried. I’m not yet so willing to commit to this new territory with so little experience so, despite its slightly lame nature, will propose the annoying slash grade of 8C/+.”

Congratulations on both your latest blocs, Copperlines and Superpower, and on the ever-diminishing project list! Chuffed obviously – right?

For sure! A weird phase of it sinking in. In some ways a bit of an anti-climax but realising that I could outperform my own expectations has been a motivating one and I’m now beginning to understand how much of a milestone this phase is for me.

So, Font 8c/+ then? Wowzer! People are suggesting 8c+ all day long!

The rumour has been thrown about, perhaps by some who have given it a look but I don’t think many/any have put too much time into trying it. I’m intrigued to see how people fair on it. Until now I’d often developed first ascents on established projects so understood their difficulty from others failed attempts but over the last few weeks I’ve been more on my own! Hoping I’m getting it mostly right.

An amazing run of form! How’s the body holding up?

My body (mainly fingers) has been giving me some hints that some rest is required which is perhaps expected after a spell of such intense climbing so I think I’ll be mostly stepping away from my absolute limit and delving into the art of training with the hope to peak in time for more during the winter. I hope to venture out of the Lake District as well, maybe even get on some routes but perhaps that’s ambitious when there’s so many boulders I’m still psyched on!

What else have you left to do then on your 2020 project list?

So I actually finished my list the day after I did Superpower with the first ascent of one of my other longest projects. Still mulling over a name and a grade for that one. A very different form of intense finger power and another which felt a little conceptual until I rocked over the lip.

I’ve been in search of new projects now and found a great one already! Testament to the amount of development left to be done for those psyched enough.