Robbie Phillips talks about being Off the Rocks

As previously reported, Robbie Phillips has just done a rapid repeat of Off the Rocks (E8 6c), Nick Dixon’s  seldom repeated 1995 test-piece at Back Bowden in Northumberland.

Robbie Phillips was hardly out of the news last year; by most people’s standards 2014 was a great year for Robbie. Starting out in Australia Robbie repeated the two Mt Arapiles classics, Lord of the Rings (31/F8b) and Punks in the Gym (32/8b+). Moving over to Queensland he did a number of 32/F8b+’s and then pulled off one of his hardest first ascents by doing Haggisaurus Rex (33/F8c). To round his trip down under off he nipped over to the Blue Mountains where he did a fast repeat of Tigercat (33/F8c). 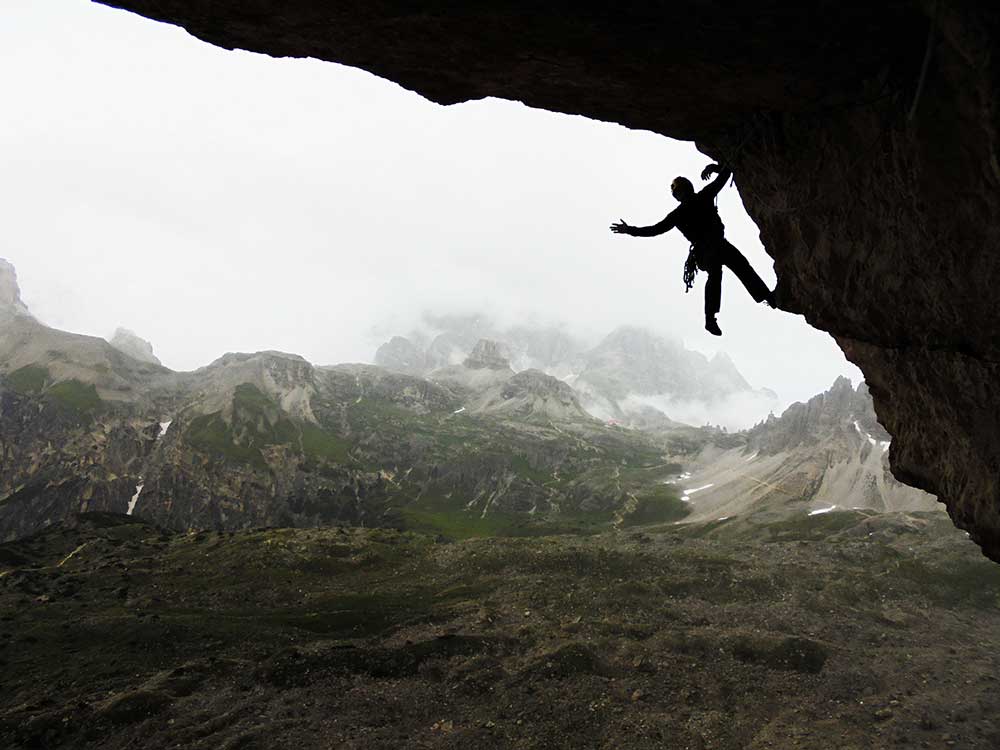 Summer 2014 saw Robbie extend his climbing into the alpine multi-pitch environment with a successful ascent of Bellavista (F8c), Alex Huber’s 2001 route on Cima Ovest in the Dolomites. However, by his own admission Robbie hadn’t done a deal of trad climbing so the news that he’d repeated Off the Rocks was a bit ‘left field’. Keen to see what was behind this switch we got in touch with Robbie and fired him a few questions.

Off the Rocks hasn't had many ascents - looks good though. What made you go for that and how did you find the climbing?

I decided to try Off the Rocks simply because I did "On the Rocks" a few weekends previously and did that fairly easily. Back Bowden is my favourite Northumberland crag, it's a beautiful spot with some really awesome looking features and I just love the climbing there. To be honest, I am fairly new to trad climbing, only really just started properly getting into it over the last couple of months or so and before now I have done a few days here and there, mostly easier stuff and one 8a+ finger crack in Zillertal. When I go to Back Bowden I usually just solo all the easier climbs because they are fun to do.

I had one top rope on Off the Rocks to warm up and then went for the lead. On top-rope it felt really quite easy. There was no move I struggled with and I just wanted to make sure I knew where to place each foot solidly to avoid slipping. When it actually came down to the lead, I felt fine. The crux for me felt about F6Bish but it definitely depends on height. I am just shy of 6ft and maybe if you are shorter then it will feel more difficult. Adam Lincoln is a bit shorter than me and he said more like F6C+/7A? But I know how hard that can be and it just didn't feel like that at all. The route probably just suited me really well! I definitely prefer vertical to slightly overhung walls with small holds rather than steep and burly! (see footnote)

Robbie Phillips on the insecure crucial moves of Off the Rocks. Photo: Adam Lincoln

Nick Dixon's ascent of Off the Rocks back in 1995 must have been pretty out-there?

Have you got your eye on anything else coming up - maybe even back at Back Bowden?

So yeah, I am going back to Back Bowden next weekend weather permitting... Plan is to try and flash Charlottes Dream Direct (I saw a video of James Pearson on it) and to try and on-sight or flash Peak Technique depending on how I feel hahaha.

Over the coming weeks before I go to Chulilla end of feb, I want to start looking at Transendence and Adam Watsons new addition as well but my basic plan is to slowly tick off the rest of crag including the left hand lines like County Ethics and Macbeth over the coming months in between trips to Yorkshire grit and limestone.

Also hoping to make some trips to other areas and try and tick of the classics with Crisis Zone high on the tick list as one to try and on-sight.

So now we know how Robbies ascent came about and what he's planning for his next few trips.

Robbie Phillips is a performance coach and is sponsored by Edelrid and Evolv.

Footnote: Robbie is at pains to point out that being a bit taller definitely helps on Off the Rocks