Last night, c.300 avid climbing fans zeroed-in on The Climbing Works, Sheffield to check-out what has been billed as the ultimate Yosemite climbing film – Valley Uprising. 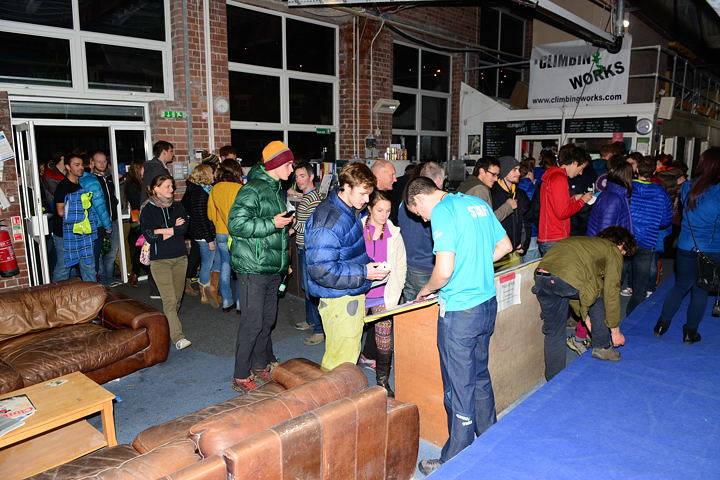 Although Valley Uprising was the first proper look into the magical world of Yosemite for many, a fair few in the audience at The Climbing Works (the writer included) have first-hand experiences in The Valley so it was something of a trip down memory lane for them. The climbing in The Valley has gone through massive development over the last 60 odd years and with the passage of time now is a good time to look for some clarity and historical perspective on the Yosemite climbing scene.

Valley Uprising, a collaboration between BigUp and Sender Films, has been seven years in the making. The story breaks down into three distinct films each reflecting its own era. The Golden Age (Part 1) covers the iconic first aided ascents of Half Dome and El Capitan done as America slips into conformist mode in the 50s and 60s in the aftermath of the wars. The legendary rivalry, as well as the disparate ideals and tactics, of the leading lights Royal Robbins and Warren Harding are laid open for all to see. The Stonemasters (Part 2) takes up the story in the 70’s and shines the proverbial spotlight not only into the training and climbing which was being done by John Bachar et al but also the near pitched battles that the climbers were having with the Park Rangers. The ‘drugs plane crash’ and the ensuing (now infamous) drug-running/money escapade brought first wealth to the normally cash-strapped Yosemite climbers and then the end of the era. The Stone Monkeys (Part 3) takes over and runs from the 80s and firstly covers the exploits of the US’s first climbing lady Lynne Hill and the free-soloing of Dean Potter right through to the present day and the epoch soling exploits of Alex Honnold.

Whilst Valley Uprising pampers most to the wannabe Yosemite dirt-bags but all can but marvel at the audacious and/or ludicrous climbing scene, the opportunistic drug-smuggling and the running battles with the Park Wardens of the past.  Notwithstanding the high lining, base jumping and  totally out-there free soloing activities of today,  the Valley appears to be all very civilised by comparison (in the main). However, the history as well as the sheer beauty and majesty of the Valley to say nothing of the iconic climbing therein, has all helped to make Yosemite the must-visit location that it is today. Not surprising really then that climbers flock in their hundreds/thousands every year to Camp 4 where they strut over the threshold and live the climbing dream. 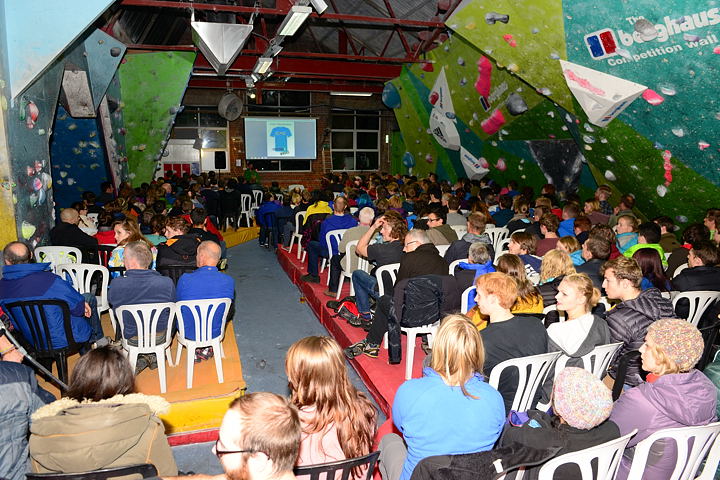 The appreciative audience settling down for Part 3. Photo Keith Sharples

With only two more dates left in the current tour if you’re a Yosemite buff or a Yosemite wannabe or someone looking for 90 minutes of high octane escapism, catch the two remaining showings of Valley Uprising at the following locations: