Randall gets it on with a French Crack

Tom Randall has just pulled off a quick repeat of a F8b/+ finger crack in the rather surprising location of downtown Sisteron in southern France. 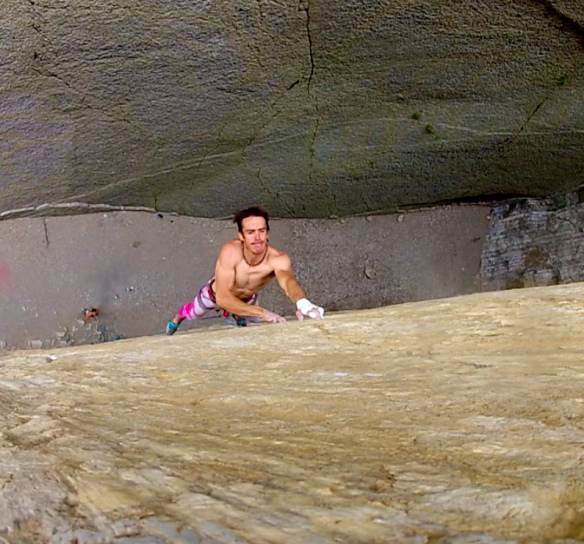 Tom getting it on with top French crack – Presence F8b/+

Located an hour or so drive north of the Verdon, Sisteron is a sleepy French town on the banks of La Durance. All but in the middle of the town are a series of ‘Lower Sharpnose-type fins’ – a very unlike place to find hand climbing let alone a hard crack climb. 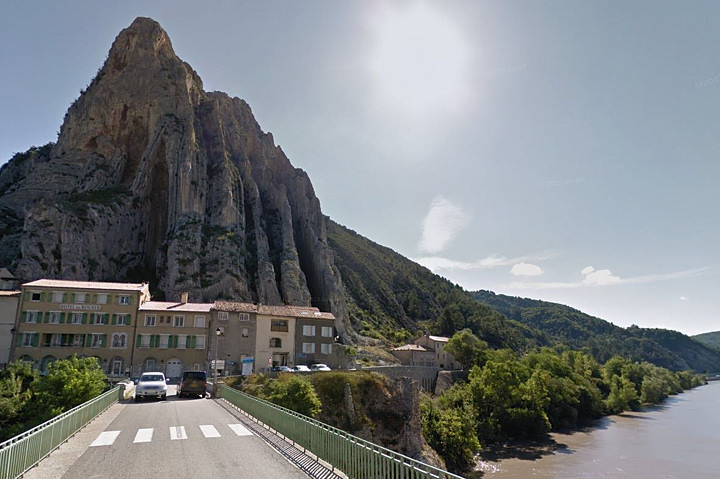 Tom reports that its old skool climbing; “To warm up I scraped an onsight of an amenable looking 7c finger crack. To say I was nearly falling off quite a few moves was an understatement. I realised we were not going to get rewarded with soft grades in this old-school venue.” Tom’s honour was somewhat restored when he found out that Ru Davies had also repeated this route and thought that the oft-claimed grade of F8a was closer to the mark.

Undeterred, Tom got stuck into Presence – a F8b/+ finger crack. Tom gives a measure of the difficulty; “On the first couple of days I was left with the impression that the route was very similar to the middle hard section of Cobra Crack but without the V9 crux undercut part. What it lacked in crux beef, it definitely made up for in sustained nature. It was hard from metre “one” to metre “twenty five” and only let up a tiny bit in the last eight metres.”

Typically, the route had added spice in the form of some gnarly run-outs in the first half. Tom again; “What also added to the difficulty on this route was some very spicy bolting. Both of the 3rd and 4th clips would result in deck out from 30 and 50ft if you fell off level with the bolt. Fortunately the risk had to only be taken on the initial working day as we got some decent long rope draws to make it more 8b than E9.”

Crunch time arrived late in the trip when Tom only had one day left to redpoint the route; It wasn’t the greatest start in my history because I stayed up late drinking coffee and watching climbing films and then couldn’t get to sleep until 4am as I was absolutely psyched out of my mind. The new simple formula for lesser success is Caffeine + climbing vids + project next day = no sleep! Fortunately early bird strategy paid off this time and I chicken winged my way through the top crux much the crack’s surprise.”

And Tom’s final analysis for anyone who might be thinking of dropping into Sisteron over the summer as they drive down to the Verdon; “As a crack, I think it’s absolutely superb and fits in nicely at the 8b/+ (or 5.13d/5.14a) mark on a global scale.”

Here’s a video of Tom doing his thing…