Raining Bats and Dogs for Mina

Whilst Storm Callum was doing its worst, Mina Leslie-Wustastyk connected the dry bits to smash out yet another F8c, Bats and Dogs, at Malham at the weekend. 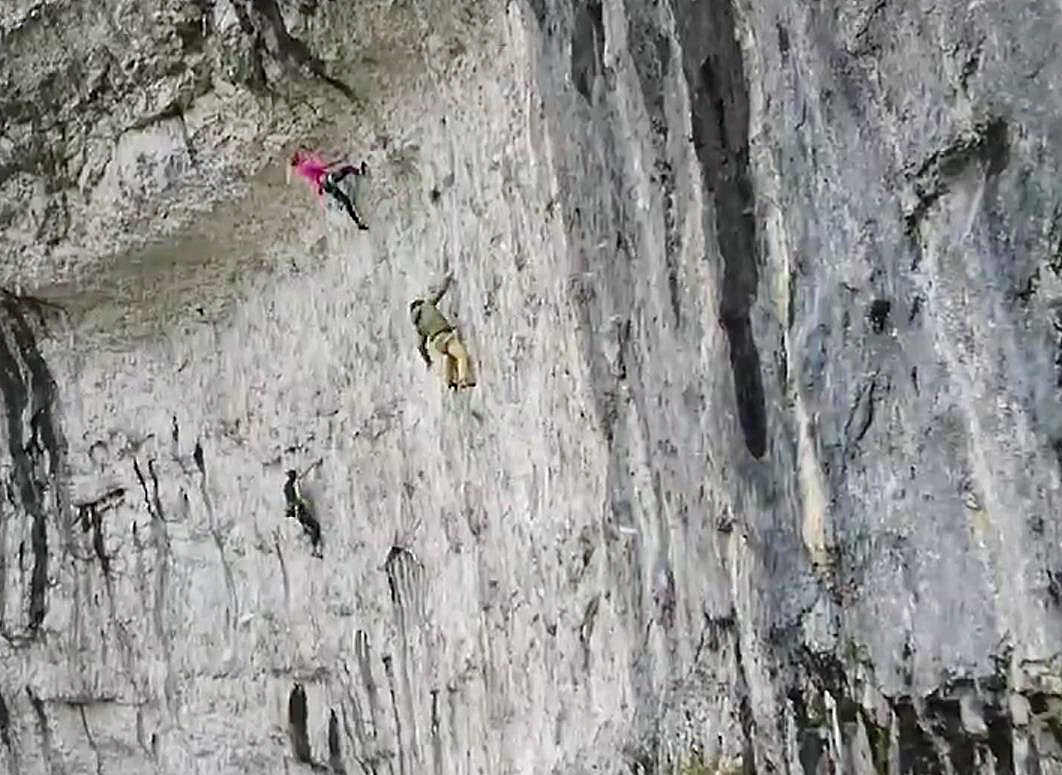 Mina fully embroiled with the hard boulder roof on Bat Route during her ascent of Bats and Dogs on Sunday. Video grab from Gareth Scott/Digital Climbing Boards

Bats and Dogs, an ace link-up of Bat Route and Rainshadow, is Mina’s second F8c this autumn (after Nordic Flower in the Hanshallaren Cave, Flatanger) and forth F8c in total. Local Gareth Scott was also at Malham happily ticking a few routes caught some of Mina’s ascent on video. It’s clear that Malham wasn’t in amazing condition but fortuitously for Mina Bats and Dogs takes one of the driest lines up the wall.

CLIMBER has been in touch with Mina for the low down, not least to see why she’s seemingly taking a break from her long-term project, Rainshadow…

Wow - Bats and Dogs now; you’re really smashing out the F8c's at the minute. So, are you working on building a volume/mileage base or just trying to get another quick tick before the end of the season?

I actually wanted to be trying Rainshadow this autumn but, due to a shoulder injury and lots of travel for events during the summer, I wasn’t really in shape for it. I felt fit but not strong enough when I started at Malham in late September. Bats and Dogs is the obvious route to try really - it’s easier than RS but a similar kind of structure in its breakdown (it shares the Rainshadow headwall). It’s also harder than other 8cs I’ve done I think, so a great challenge!

Has living locally helped or have you been missing spending the time in the car driving up from Sheffield?

Absolutely. Living closer to Malham for three weeks has been such a treat, the commute from Sheffield is going to feel nasty to go back to now! It’s so much easier to make progress and keep psyche/energy when each session doesn’t involve 4-5 hours in a car!

You're off back to the Red again soon - looking to close unfinished business?

Yeah heading to RRG in November. Keen for lots of stuff really, some unfinished bits but also some routes I haven’t tried before too. The Red is great for harder stuff and on sighting/mileage too so I can see what I’m keen for when I’m there.

Finally, we assume it’s back to training for RS over the winter after that?

Yep, that’s the plan!! Try to get really, really strong. Bigger biceps on order for the spring.