Siebe Vanhee has repeated Project Fear on Cima Ovest in Tre Cime (Dolomites), linking all the hard pitches in one massive pitch. 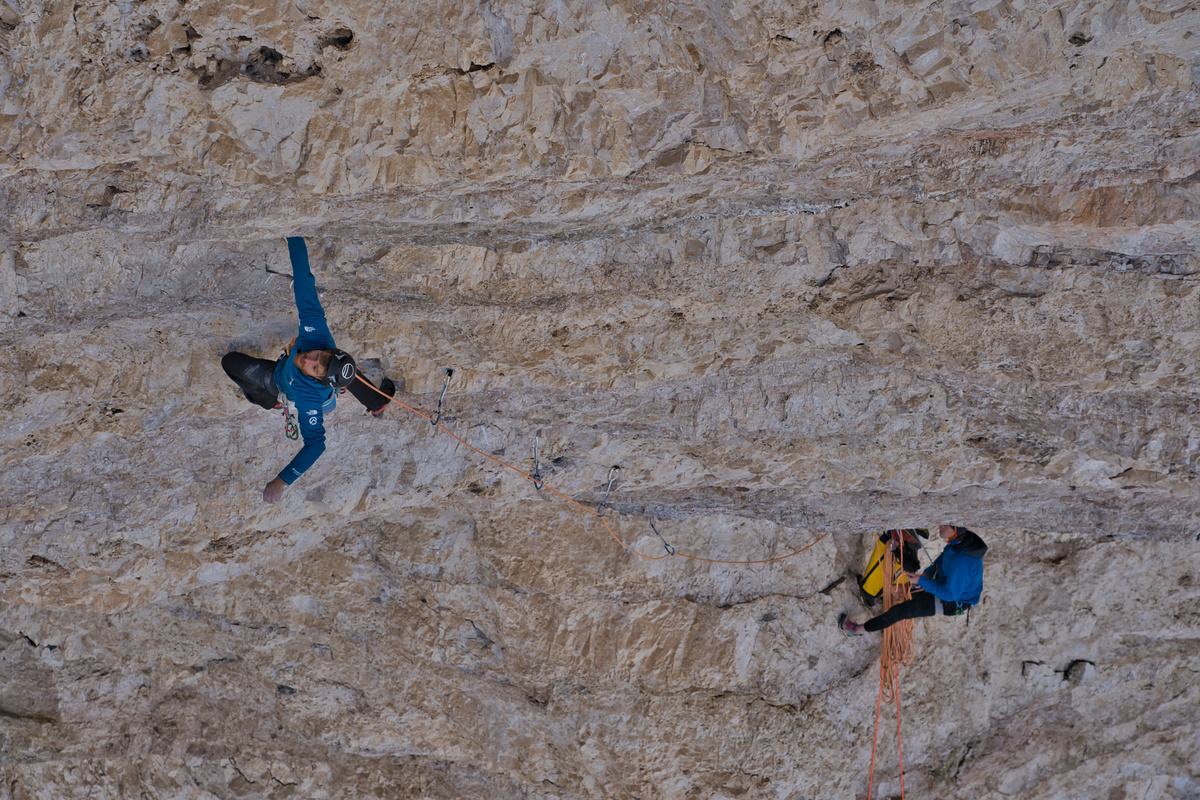 Established by Dave MacLeod in 2014, Project Fear added three pitches - an F6c, F7b+ and an F8a+ - before linking into the F8c crux pitch of Panarama. A year later Robbie Phillips and Willis Morris did the second ascent and then in 2017 Polish climbers Lukasz Dudek and Jacek Matuszek made the third ascent. Now, Siebe Vanhee made a further repeat on Sunday 30th August albeit he linked all the three hard pitches together into one long pitch; then he suggested a downgrade to F8b+!

“The great roof of Cima Ovest in Tre Cime (Dolomites) is just breathtaking! The mythical Huber routes Bellavista and Panaroma made me dream to climb that roof already for years. Last week Pete Lowe came over to the Dolomites and instead of jumping on the classics we chose the more recent variation Project Fear opened by Dave MacLeod in 2014. Dave linked the Bauer Route, an old aid line into the crux pitch of Panaroma (8c) by adding a 6c, 7b+ and 8a+. Great visioning because the line goes pretty straight through the right part of the roof. Together with Pete, we worked the crux pitches for two days. The day before we wanted to give it a send try, Pete made the tough decision not to join me because of an old and severe climbing injury that had been bothering him again. We were both disappointed but it was the smartest decision to take. Nonetheless, Pete was excited for me to try and send Project Fear, but not in the normal way! He came up with the idea to link all the pitches that go through the roof in one monster 50m pitch. This means linking Dave MacLeod’s 7b+, 8a+ and the 8c crux pitch of Panorama all in once!

With Pete’s vision and the support of local Dolomite climber, Nico Cad we took off at 8am last Sunday. It was freezing cold and clouds were visible in a distance adding to the spice of the route. Once arrived at the base of the roof, at the start of the 7b+, I racked up with long slings aiming for the link-up. Linking the 7b+ into the 8a+ felt good, at the start of the 8c is a great rest where I could recover fairly good. I continued and got into the first crux where my foot came off. I had super cold feet and was probably too nervous. I returned to the anchor, rested 15 minutes and took off again. This time I felt warmed up, had warm feet and believed I could do it! I got past the first crux and entered the second crux pretty solid. Going to the final jug over the lip I suddenly lost my grip in the last pocket and came off! Unbelievable, I had it, I was so close! Devastated I returned to the anchor again where I rested another hour before taking off on what would probably be my last try. Italian Nico was the best support ever, he waited patiently in the cold. I was convinced I could do it, I still had some energy in my arms. For the third time, I was hanging on the rest before the 8c part, looking up to the two roof cruxes. I recovered completely and took off. Arriving at the lip of the roof I gave it all and this time stuck the final jug over the roof! I let out screams of joy that were answered by my crazy Italian belayer and a big audience at a small hut below Cima Ovest. Three hours and a bit of snowfall later we stood on top of the Cima Ovest! 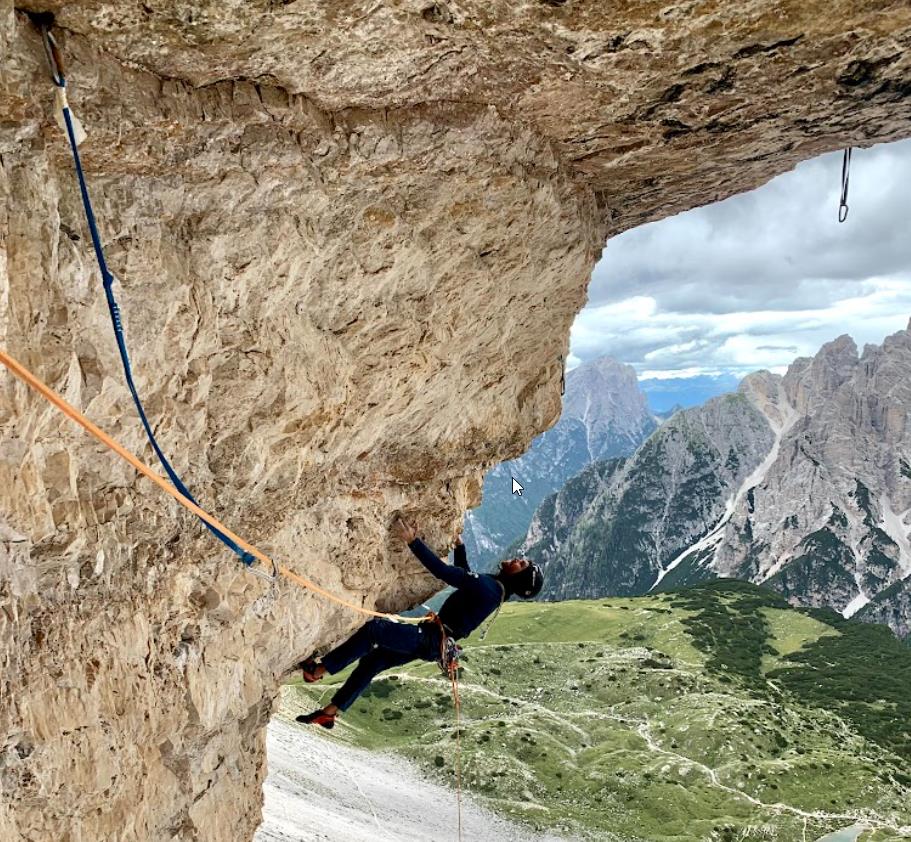 Also about this climb, I would like to express my opinion on the grade, definitely having done the big link-up. Macleod’s 8a+ felt more like 8a and the 8c of Panorama more like 8b. I don’t want to underestimate the work and impressive first ascents of both MacLeod and the Huber brothers. I can understand how intimidating a first ascent in this roof on this kind of rock might be back in the day! Thank you all for the work and imagination. With the new grading of the separate pitches, I would consider the grade 8b+ or 8c for the link-up of the 7b+, 8a and 8b. Let’s wait a second ascent to give this a final grading.

What an amazing experience climbing through such a huge roof and topping out in this magical place! Thanks Pete for the great days trying the route and your vision of linking all the pitches, you got all the credit for it! Thanks to Nico for keeping motivation high despite the cold. Big thanks to Ariana for searching for a partner for me so last minute!

Last but not least, thanks to Klaas for the images on our second day on the wall when we tried every pitch individually. Too bad we don’t have any images of the link-up. But at least it gives a good idea of the exposure.”