The Pinnacle Club – a national club for women climbers – has been awarded a National Lottery Heritage Fund grant of £70,000, to create a multimedia archive to mark its centenary in 2021. 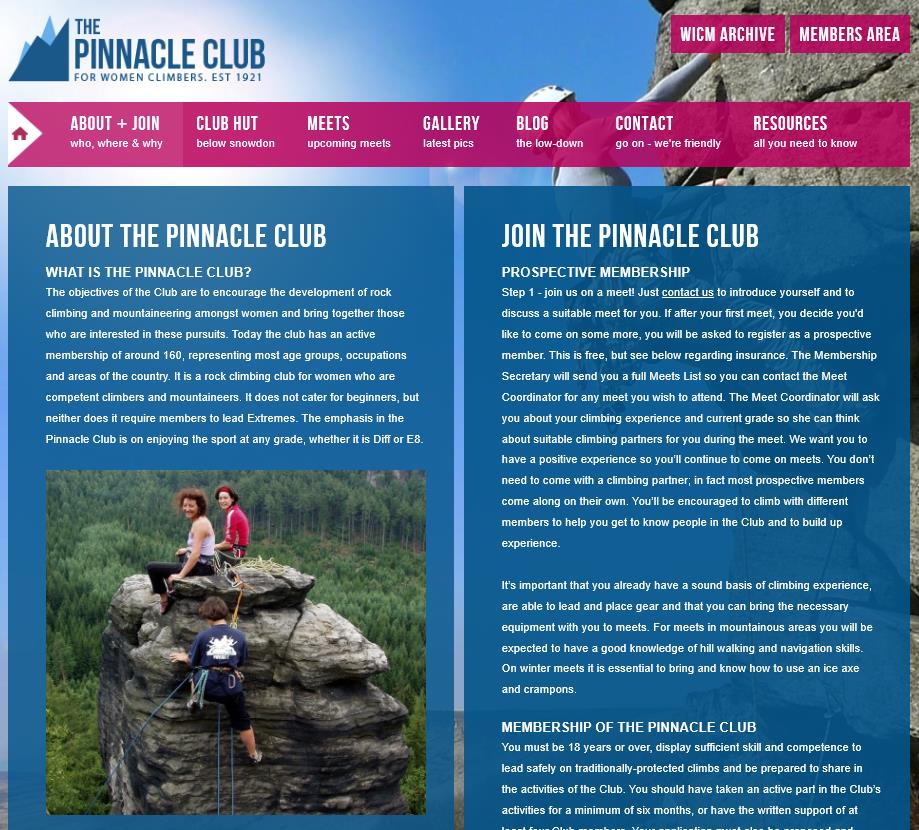 The funding, made possible by money raised by National Lottery players, will enable the Club to bring to life and protect 100 years of its fascinating and inspiring history and make it accessible to all.

It is the first National Lottery Heritage Fund grant of this kind awarded to a climbing club. The project will also see the first dedicated oral collection on climbing in the British Library Sound Archive.

When the Pinnacle Club was founded in 1921, women climbing independently from men was very unusual. The Club’s development over the last century is an illustration of the journey of female emancipation and independence. This history is embodied in journals, photographs, films, letters and the memories of its members, some now in their 80s and 90s.

Using the National Lottery Heritage Fund grant, the Club will make oral history recordings with members, digitise its extensive photo archive, repurpose historic film materials and commission a new film to chart the Club’s development – and women’s climbing – over the last century, as well as look to the next 100 years.

Supporting the ‘Women in the Wild’ project are the Mountain Heritage Trust and Bangor University Library, who will house the club’s hard copy photos and documents.  Through a partnership with National Life Stories at the British Library, the oral history recordings will all become part of the Library’s extensive oral history collection within the Sound Archive.

Pinnacle Club President, Alex Nicholson, said: “Preserving the Club’s history and making it more accessible helps to rebalance the narrative of climbing history, which is primarily about men. Without this financial support from The National Lottery Heritage Fund, the project just wouldn’t be possible. We hope the archive will help to highlight women's longstanding involvement and achievements in the sport as independent climbers in their own right.”

Anne Jenkins, Director, England, Midlands & East at The National Lottery Heritage Fund, said: “We are delighted to support the Pinnacle Club in recording and preserving its 100-year strong heritage, and sharing the fascinating and important stories of their members who embody female strength and independence. This grant, made possible by the National Lottery players, ensures that the voices and memories of this community can be heard for generations to come.”

The project also aims to reach beyond the climbing community through exhibitions and outreach events, to inspire women of all ages and backgrounds to get involved in the outdoors and in climbing in particular.

Club member and Centenary coordinator, Val Hennelly, said: “In 1921 our members broke the mould and we want to carry on doing that. Being able to access our heritage better will mean we can share our stories more easily and inspire women to be more adventurous and get out into the mountains.”

Click here for more information on the Pinnacle Club.