Pete Whittaker has notched up another first ascent on grit – wall right of Linden at Curbar.

The new line, which Pete reckons is ‘soft E7 or maybe even hard E6’ starts as per Linden and then heads off up the wall into Hurricane and hence onto the wall above in a direct finish.

Pete was tipped off about the route – which is so far un-named – by gritstone guru, Graham Hoey. Graham had previous top-roped the line back in the late 90’s after doing Linden but “never got round to doing it”.

Although the line in itself isn’t massively significant, Pete reckons it’s the 20th first ascent he’s done on grit that is E7 or harder. 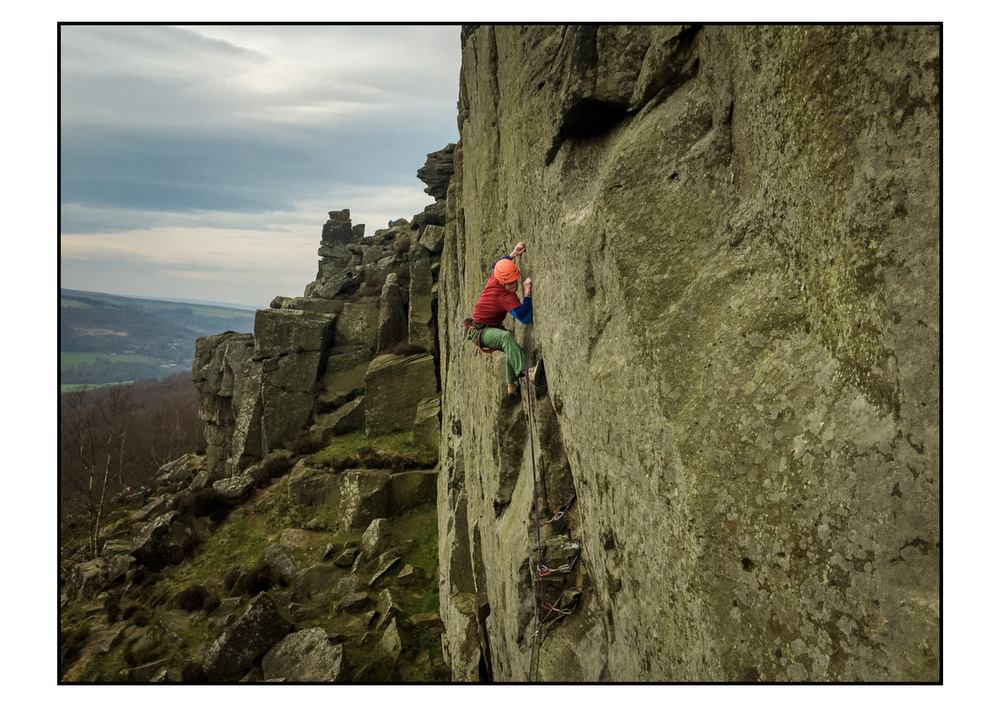