The name Rocklands says one thing – bouldering.  This vast, semi-desert pleateau in the Northern Cederberg range of South Africa is home to some of the hardest, most iconic boulder problems of our time, and the orange/grey rock is the dream of many a climber.  However, it appears that there may be more to Rocklands than just the boulders, as Caroline Ciavaldini and James Pearson have just returned from a successful trad climbing trip. 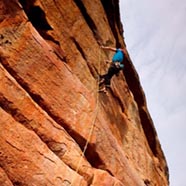 The pair were first tipped off about the areas potential by Italian’s Michele Caminati and Jacopo Larcher, and stories of steep faces split by clean horizontal cracks seemed too good to be true. After 3 weeks of exploring during June/July 2014, James and Caroline were able to open several difficult new routes on “beautiful sculpted orange rock”, but it was the areas vast potential for easier routes that really left an impression.

James reports, “We came to the Rocklands hoping to establish cutting edge trad routes, but what we found is perhaps something even more important – an area of incredible natural beauty with the potential for literally 1,000’s of new routes”.  Caroline explains “The amazing rock is full of horizontal cracks, making gear placement really easy.  The routes are often steep and athletic, and almost always completely safe – Rockalands is a trad loving sport climbers dream”

With trad climbing rapidly gaining popularity amongst a previously sport climbing focused Europe, It probably wont be too long until someone picks up the baton from where James and Caro left off.

For more information you can check out the website www.onceuponaclimb.co.uk where a topo of some of their new routes will be released soon.

Climber will be running a full article with stunning photography in a future issue of the magazine. Keep an eye out for it. 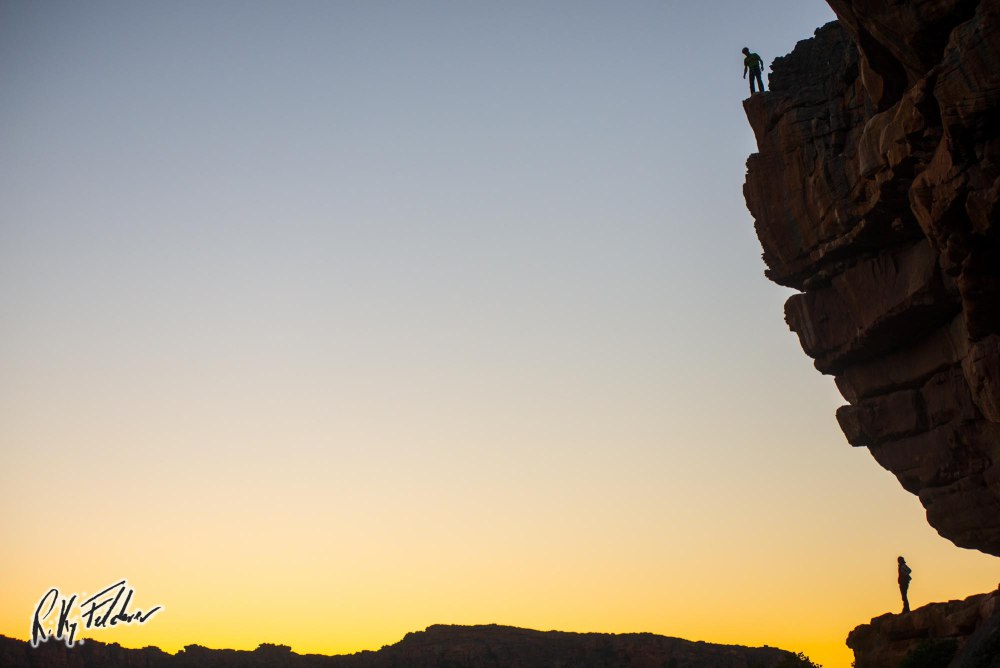