Two days prior to the start of the 2017 World Cup in Meiringen the IFSC announced yesterday that livestreaming for the 2017 events will be available by subscription-only viewing. 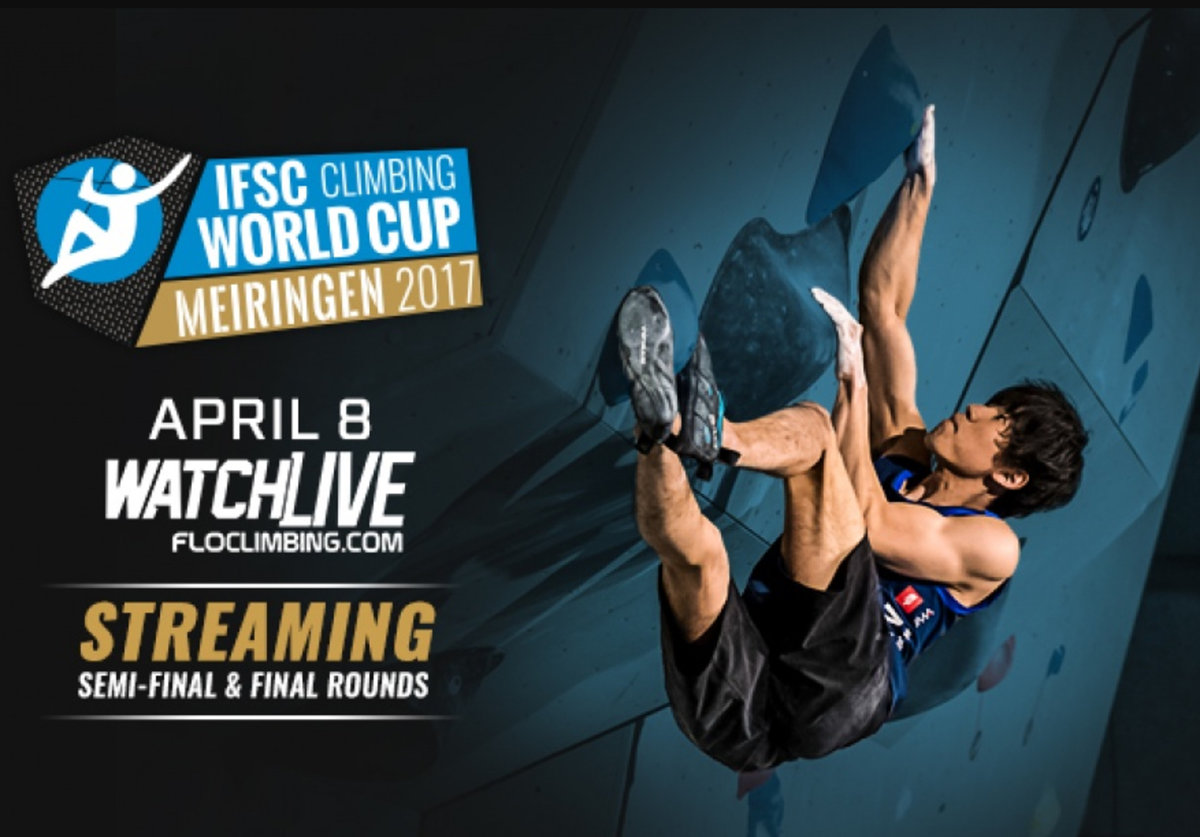 The three-year deal with US-based sports media company FloSport means that livestreams of all the World Cup events, hitherto available as free-view via the IFSC website/YouTube, will now only be available to those subscribing to the PRO FloClimbing platform which will cost £16/month or £120/year.

IFSC have released a statement explaining their reasoning behind the deal: “This partnership with FloSports will allow the IFSC to invest more resources than ever before into Sport Climbing. This will result in a more viable economic environment for the events, host countries and athletes. This new deal will also allow the IFSC to create more content, high quality production and more in depth coverage than ever before.”

Marco Scolaris, IFSC President commented, “With our partner FloSports we are beginning a new adventure. We’ll offer climbing fans a deeper level of event and climbing coverage. FloSports’ interest in climbing will also allow the IFSC to invest more in high quality production at IFSC events to bring the beauty and excitement of sport climbing to its fans.”

“We are thrilled to partner with the IFSC,” FloSports SVP of Global Rights Acquisition and Subscription Phil Wendler said. “There has never been a more exciting time in sport climbing than right now. The best climbers on earth compete throughout the Climbing World Cup season and we look forward to working with the IFSC to bring fans more in-depth event and athlete coverage than ever before.”

However, the announcement has seen wide-spread international condemnation. Many are taking to social media to express their concerns/outrage at the deal. Many enthusiastic viewers followed the livestream broadcasts during 2016 despite what was considered to be poor coverage of the events. Those expressing their views believe that the high levels of subscriptions are unjustified and will damage the growth of the sport. Whilst the deal has been signed, a petition has already been started which is canvassing for the fees for the subscription-based service to be cancelled. Click here to see/sign that petition.

Whist FloSport are planning to include athlete interviews within their ‘high quality’ service the comments which most climbers are expressing on-line demonstrate that they remain unconvinced. As it stands, it seems most climbers are highly likely to boycott the pay-to-view service whilst the fees are set at what most consider to be a unrealistically high value. 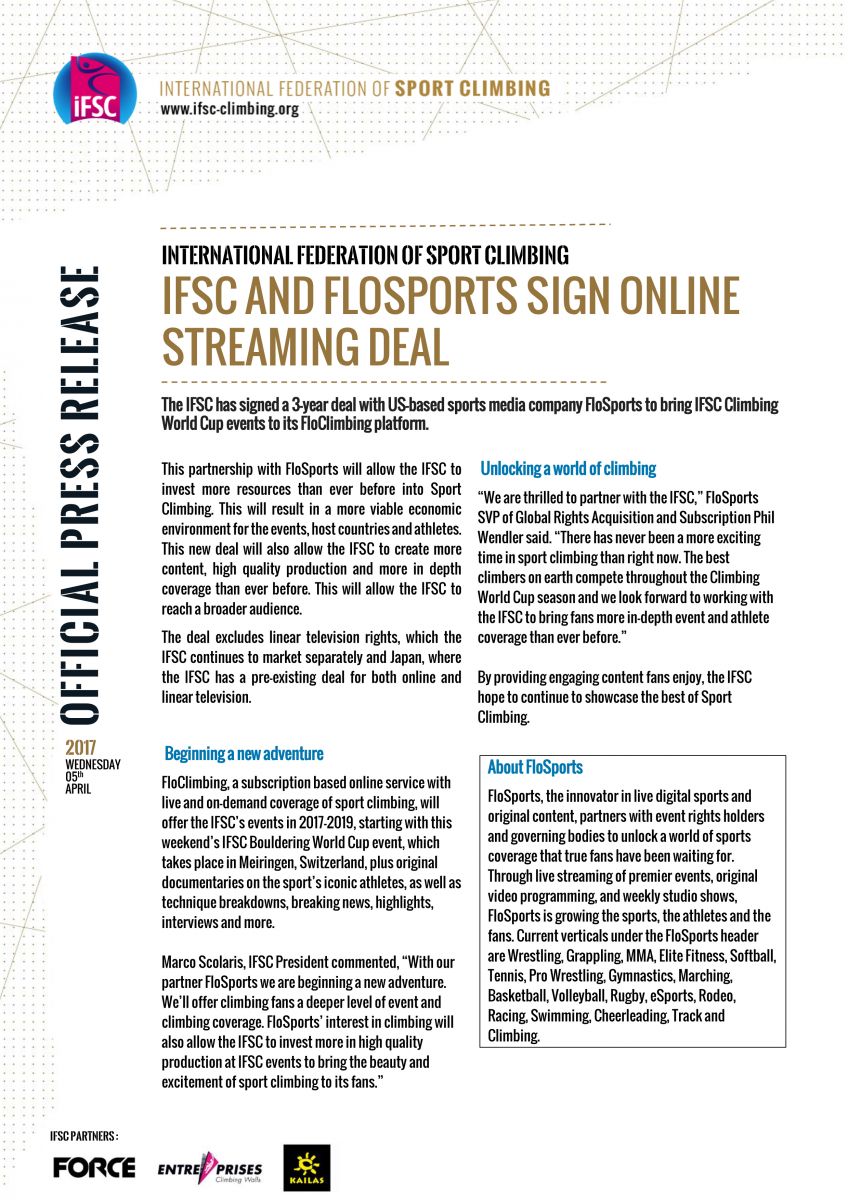 The IFSC has yet to comment on the adverse reaction to the subscription deal being announced yesterday.