Adam Ondra is accustomed to being in the news; now, he’s added more new routes, announced he and his wife are expecting their first baby and, it seems, changing one of his sponsors. 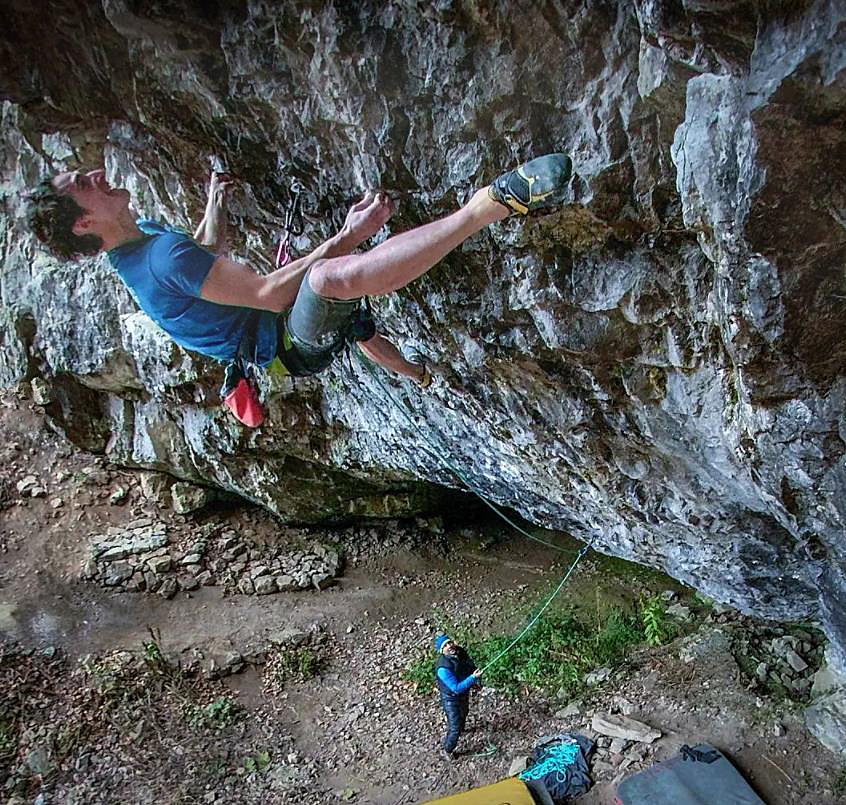 Running chronologically Ondra posted on December 19th that he’d added a new route to Byci Skala in the Czech Republic. Located within a cave, it’s often condensed during the summer months but in the winter conditions it was dry – very cold but dry as Ondra reported:

“On Saturday morning I was lucky enough to find freezing conditions in Byci Skala crag (Brno - the Czech Republic 🇨🇿) and find this finicky project completely dry. As it is inside the cave, it is very often condensed, especially in warmer temperatures.

On Saturday, it was even too cold for my taste, but it was worth it. "Kout pikle" is the name of the new route.”

Undoubtedly with one eye on the grading discussion kicking-off following Jakob Schubert’s blitz of La Capella Sector at Siurana Ondra had this to say about the grade of his new route:

On December 21st Ondra dropped the news that he and his wife, Iva, are expecting their first baby in May 2022 having married in late summer.

December 26th it was back to new routes again and the first ascent of Taurus (F9b) – again at Byci Skala. Facing a January 1st deadline when the whole crag falls under a bird ban, Ondra was under some pressure to complete the first ascent.

“In the last days before Christmas, I was battling with one very bouldery project close to home 🇨🇿 The first 9 moves are surely an 8C+ boulder problem and if I consider it a boulder problem, it is probably the one that took me the most time ever.”

Ondra had got close to the project in November before his trip to Italy but broken a hold off. Returning to the project, after his Italian trip, on December 21st he finally made it through the initial boulder problem only to fall off higher on the ‘easier’ F8b section due to cold fingers.  Finally, on December 23rd – and despite the cold – he repeated the initial boulder problem and then held it together on the upper section to get the first ascent.

Ondra describes the moves on this and what else the crag might offer in the future:
“The whole climb revolves around an insane left-hand sloper, which is around 45 degrees with zero friction limestone and getting the left heel-toe-cam out. Then getting one of the most heinous razorblade right hand, flat undercling left hand and final dyno into a good hold. So powerful and technical at the same time, very condition-dependent and very uninspiring? 🤣 Well, I do not think so, I enjoyed the process a lot. I am happy I finished most of the projects in the lower tier of Byci Skala and next season it will be time to finally take a look at the upper tier. Those lines are equally bouldery, but just much longer and probably much harder!”

Finally, on December 27th, Ondra posted a somewhat cryptic post about the last 12 years he’s been with Black Diamond; subsequently, Black Diamond has confirmed that Ondra is leaving them. Having failed to podium in the Tokyo Olympics earlier in the summer, Ondra seems to be back on track and cranking hard and switching up his personal life and sponsors.

Watch Adam on the first ascent of Taurus on Instagram here.