At 14:00 today the huge block which has been slowly detaching itself from the North Buttress at Castle Rock of Triermain, Thirlmere finally fell to the screes below. 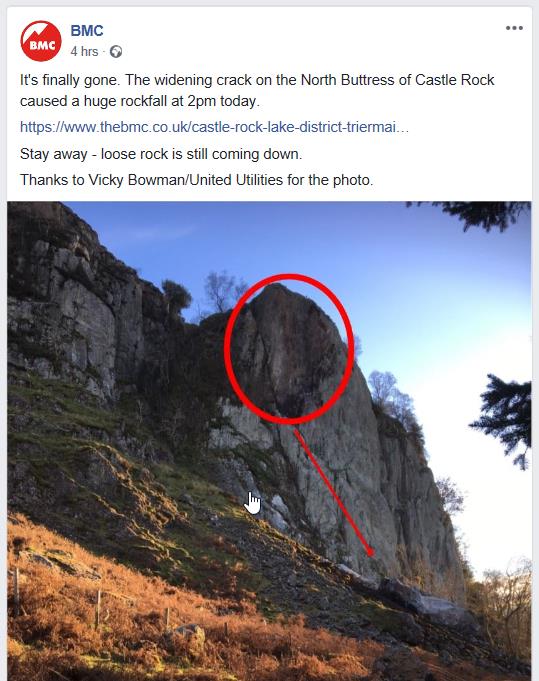 Standing at the head of St John’s in the Vale, Castle Rock is a prominent crag easily seen when driving between Keswick and Grasmere. Several years ago a large crack appeared at the top of North Buttress. Since then, climbers have been advised to avoid the routes in that area. Earlier this year a monitoring system was installed.

As reported by the BMC, United Utilities staff confirmed that the block, estimated to weight several hundred tonnes, finally detached today. It fell to the screes below, fortunately stopping prior to the buildings and road beneath! Several routes, including such classics as North crag Eliminate and Overhanging Bastion, will have been affected by the rockfall.

The area has yet to be inspected and stabilised so more rocks are likely to fall and hence the warning for climbers to stay away remains in place.