Miho Nonaka and Jernej Kruder won the opening round of the 2018 World Cup Bouldering last weekend in Meiringen whilst Shauna Coxsey and Leah Crane finished in sixth and ninth respectively. 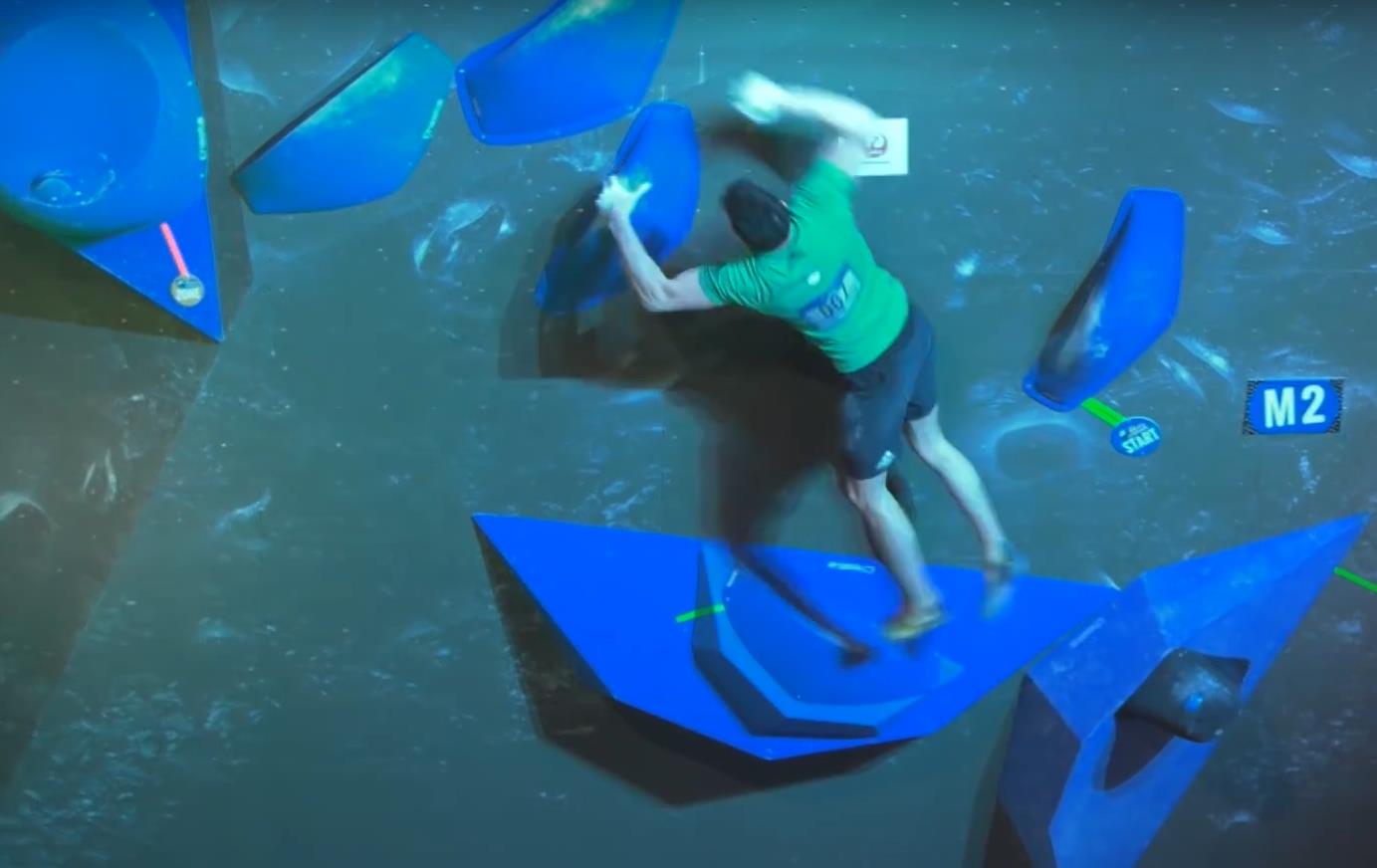 Jernej Kruder dynoing his way to his first ever WC victory.

Meiringen, this year hosting its third World Cup, is an eagerly awaited event with all the athletes keen to get to grips with the new season and test their training and climbing alike. Team GB was out in force. Perhaps even more so that usual, all eyes were on defending champion Shauna Coxsey to see how she performed less than four months since badly damaging a finger pulley.

New for the 2018 season was a new scoring system which utilised ‘zones’ rather than ‘bonus’ holds. Also new for 2018 was that the men and women’s streams would be run separately rather than concurrently as before.

As is the trend, a plethora of dynamic moves – often between sloping volumes – tested the competitors. Jernej Kruder did especially well at the dynos in the men’s event and he finished as the winner – his first ever podium top in the ten years he’s been competing! Tomoa Narasaki and Alekei Rubtsov also podiumed finishing in second and third place respectively.

The women’s event was pretty tight as usual but Miho Nonaka topped all four blocs – flashing three - to take the victory and her first golden medal since 2016. The 2017 Combined Champion, Janja Ganbret was forced out into second although as Meiringen was her 24th podium in 27 events she remains a major force to be reckoned with. Akiyo Noguchi climbed very well to finish in third. Defending Champion, Shauna Coxsey, understandably climbed with a degree of apprehension given her recent finger injury but pulled in a very creditable sixth. Leah Crane, Shauna’s long-standing training partner stormed the semi’s to finish in ninth; her best result ever.

Click here for the Meiringen event page and the full results.

Watch the highlights from the finals below.