William Bosi took full advatange of the weather over the weekend to nail several hard blocs including Working Class Sit Start (Font 8b) at Bowden Doors in Northumberland.

Like many climbers, William has been getting out and about since the beginning of February. By the end of February he’d repeated Working Class (Font 8a+) at Bowden Doors and got very close to the Sit Start. 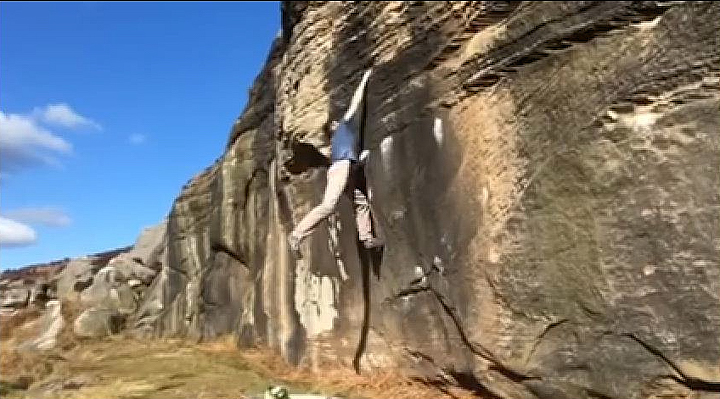 I spent Saturday at Dumbarton with Angus Davidson and watched him crush Pongo SS 8A which was awesome!! I then did Mr Tickle 8A, King Kong 8A and Oceans 7C!
Then today I went to Bowden and manged to finish Working Class SS 8B and then do Born Lippy 8A.”

Click through here to go to William’s FB feed to watch a video of him doing Mr Tickle (Font 8a)  at Dumbarton and Working Class (Font 8a+) at Bowden.