After six days of fierce competition at the World Youth Championships in Guangzhou,  China  William Bosi and Tara Hayes have both secured podium positions. 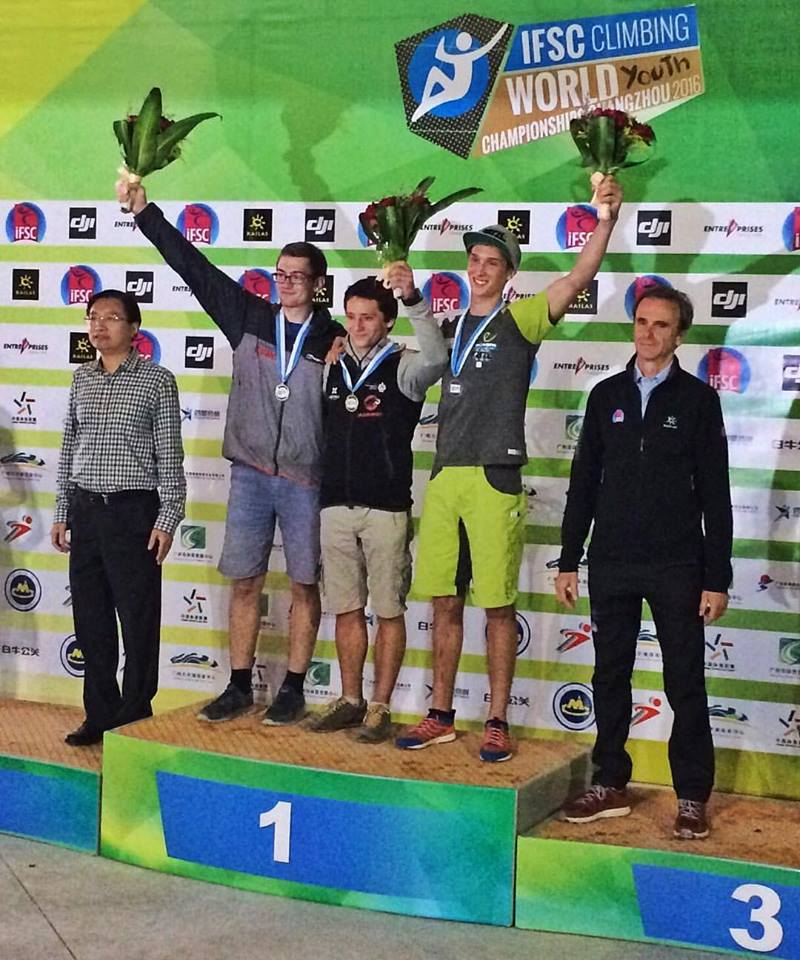 Will Bosi taking a very well-deserved Silver in the Combined. Photo Molly Thompson-Smith

Hundreds of competitors battled it out over the six day competition – many entering all three disciplines, lead, bouldering and speed. As usual, the climbers were split into three age streams; Youth A, Youth B and Juniors. Team GB’s main competitors such as Molly Thompson-Smith, William Bosi and Jim Pope all competing in the juniors and in all three climbing disciplines as well.

Tara Hayes placed a very credible second in the Female Juniors bouldering comp behind Margo Hayes. Molly Thompson Smith competed in all three disciples coming in 9th in both the bouldering and lead and 23rd in the speed stream. 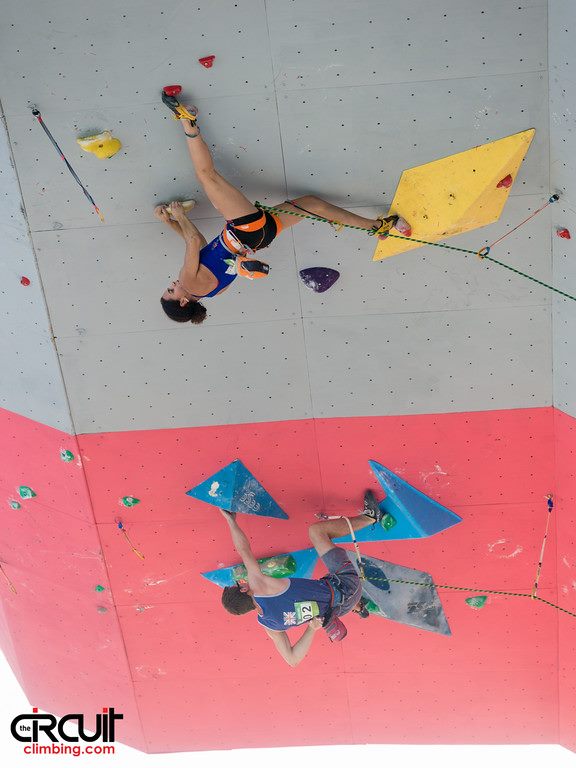 Molly Thompson-Smith and Will Bosi competing in the Lead event. Photo Eddie Fowke

William Bosi and Jim Pope, like Molly, also competed in all three disciples in the juniors. Will and Jim both picked up their highest places in the bouldering where Will finished in third ahead of Jim in 8th. Both Will and Jim did well in the lead stream finishing in 12th and 14th respectively with just the slimmest of margins separating the two friends. Once again Will pipped Jim in the speed comp where they finished in 28th and 38th respectively. Will’s overall performance gave him a silver podium place in the combined event.