Will Bosi gets coveted second ascent of Hunger

Whilst much of the UK is washed out, Will Bosi has bagged the coveted second ascent of Hunger (F9a) on The Anvil. 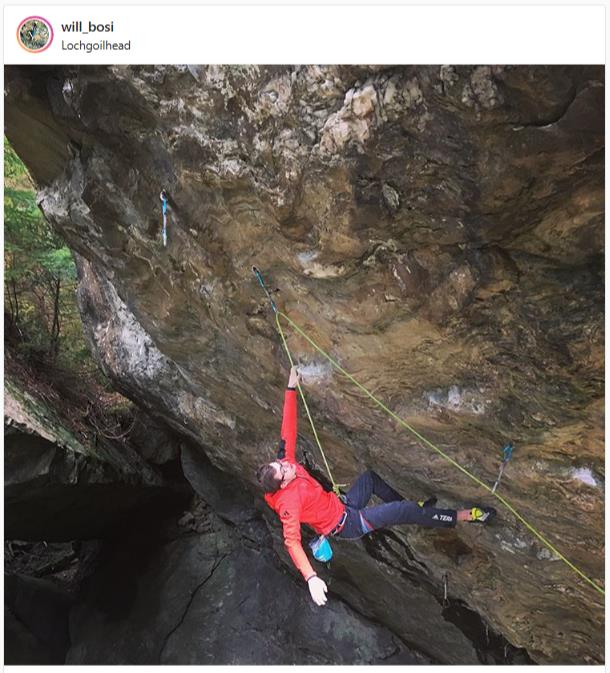 Writing on Instagram, Will was clearly psyched by his repeat; “Hunger is a special line for me as it is Scotland’s first 9a, established by Malcolm Smith in 2010. It has been on the top of my wish list for years now and I am proud to be the first to repeat this route.”

The timeline of The Anvil reads, not unsurprisingly, like a who’s who of Scottish climbing; Dave MacLeod and Malc Smith having been especially active there putting up many of the hardest routes between them. Located on the eastern side of Lock Goil, The Anvil is an enormous free-standing boulder giving climbing on three of its four aspects. Malc Smith’s Hunger is 25m long and severely overhanging. Climbed in 2010, Hunger was Scotland’s first F9a linking Dave Redpath’s 2007 Fire Power (F8b) and Dave MacLeod’s 2007 Body Blow (F8b+).

It's great to see Malc's route repeated - especially by another Scottish climber. Was that a motivating factor for you?

I wouldn’t have said that was the motivation. For me the psych came from the fact that it’s Scotland’s first 9a and it was unrepeated. Unrepeated routes have quite a unknown factor for me which I find really inspiring. Also as Malc was very rarely filmed/pictured or interviewed all of his first ascents are mysterious and exciting.

How long have you been trying it?

I’ve only spent 4 days, three last year and then This Saturday, I got close last year but the weather for two of the days was awful.

What’s the climbing like on Hunger and how does it compare to the other 9a's you've done? Hunger has some of the best climbing I’ve done on it, it’s pretty bouldery with very gymnastic moves. Lots of heel hooks and big dynamic moves, really good fun to climb.

Second ascent of Mutation next maybe?

Yes that is the goal! I’ve already put 5 days of work into Mutation and have linked the route in two overlapping half’s. So hopefully the weather allows for a trip down soon.

Stay in touch with Will via his Inst page here…