Will Atkinson snatches The New Statesman (E9 7a) on Christmas Eve

Congratulations go to Will Atkinson for his 11th ascent of the big Yorkshire Grit classic, The New Statesman earlier this morning.

Will has been battling with poor conditions over the last couple of weeks whilst he’s been working on the route but earlier this morning he managed to add his name to the still short list of climbers who have been successful on The New Statesman.

We fired a few questions over to Will to get his take on the route – the usual stuff, did the ascent go to plan, how does it compare to other stuff he’d done at that standard, was it worth E9 and what was he planning next? 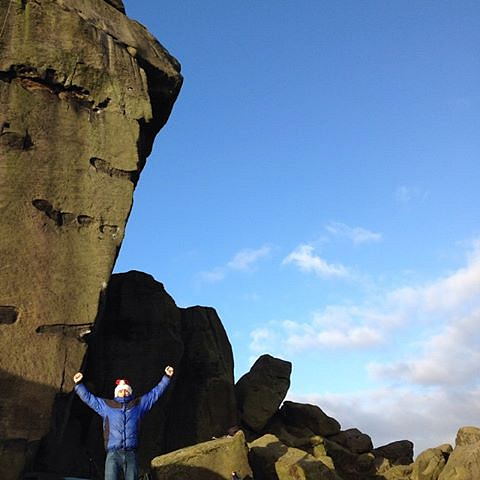 Will beneath The New Statesman

“I’m just really happy to climb such a classic, it really is one of the best” was all we got back from Will though he did add “It’s bloody hard”. Not wanting to start rumours but we figure Will was off to start his Xmas shopping! Good effort Will and hope the shopping goes as well…