WideBoyz mix it up on Eye of the Tiger

WideBoyz, Tom Randall and Pete Whittaker, have been mixing it up on Eye of the Tiger – Pete coming away with a ground-up repeat and Tom snagging a new direct finish - Thrill of the Fight (E7 6c). 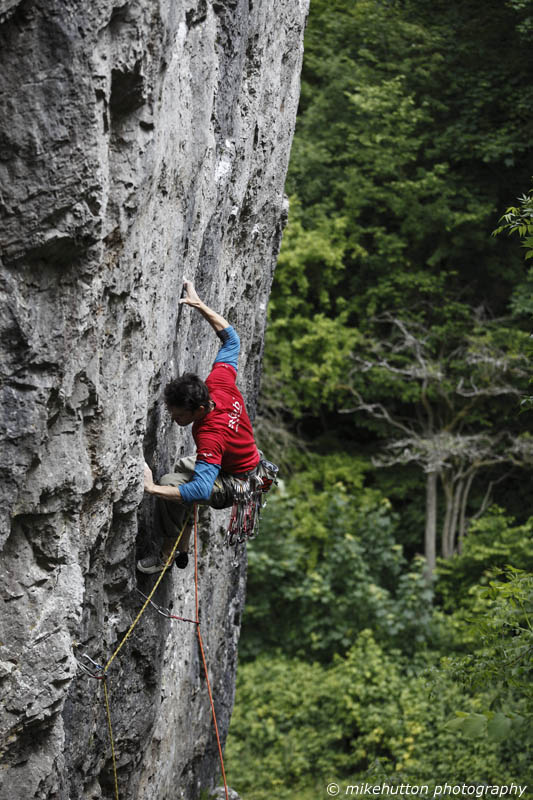 Tom Randall setting out on Eye of The Tiger on-route to forcing his direct finish. Photo Mike Hutton

Eye of The Tiger (E7 6c), Ron Fawcett’s Dovedale masterpiece, dates back to the golden era of trad development in the Peak, the early 80’s. Originally graded E6 by Fawcett, repeats have been few and far between and it’s now recognised as one of the hardest trad routes around in the Peak easily  rubbing shoulders with the likes of Ninth Life (E7 6c), Verbal Abuse (E7 6c) and General Incompetence (E7 6c).

Steve McClure nipped down Dovedale in 2007 for what was believed to be the first ever on-sight of EOTT. Curiously, EOTT seems to ‘collect’ in-situ gear – the in-situ thread in the top break is often joined with a couple of wires on the main wall. If the in-situ gear is plentiful it’s thought that E6 is closer to the mark. 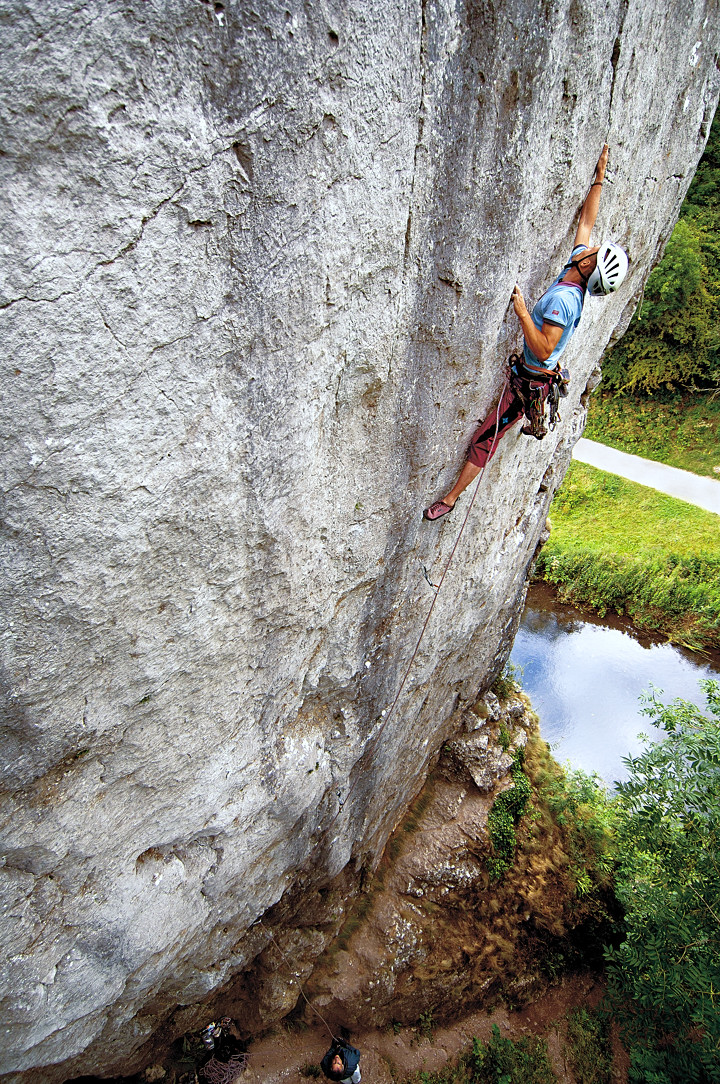 Steve McClure on EOTT back in 2007. Steve did the first ever on-sight. Photo Keith Sharples

First up then Pete Whittaker set his stall out for a ground-up, sans in-situ gear ascent. His first attempt wasn’t successful but he made no mistake on his second burn topping out on the route.

Tom Randall had previously tried to force a direct finish last year – again ground-up. Tom explains his earlier attempts as well as those from this year; “It's been a little bit of an epic getting this line done as I was originally trying it ground-up but in the end succumbed to some inspection (which I have to confess was a bit weak of me, not sticking to my guns). There were some funny days of me semi-decking out on my belayer's head, falling off multiple times right at the top of the route and once having a massive strop because I'd fallen off again...”

Tom gave CLIMBER the insider info re in-situ gear as well; “It’s worth noting is that this route is in a very different state than it was last year. It was previously "fixed" with loads of stuck wires, thread etc. and I cleaned everything out that I couldn't replace so that it stays as rather more of a trad route rather than sport-trad hybrid. This is course, makes the E6 grade with all that stuck gear seem ridiculous as placing the gear is really hard on the route.”

Incidentally, we’ve not hear anyone getting involved with the other hard trad route in Dovedale which the Lee Brothers climbed in 1982 when ‘Big Ron’ was beavering away on EOTT. We’re talking about Amazona (E6 6c) which is on Dovedale Church. Time for some interest in that maybe? And speaking of route prime for repeating – we’d love to be able to report some brave person getting involved with General Incompetence (E7 6c) over on Nettle Buttress. Again, we don’t think this has ever been repeated since Douggie Hall ‘mistakenly’ fired-off the first ascent after Dave ‘Chesters’ Lee had taken monster lobs off the final difficult moves; perhaps a candidate for an upgrade to E8?

Thanks to Pete and Tom for the beta, to Mike Hutton for the use of his picture.