When we reported Chris Sharma’s first ascent of El Bon Combat F9b/+ on March 8th (see here for that report) we said that a video would follow – well, it’s out now. 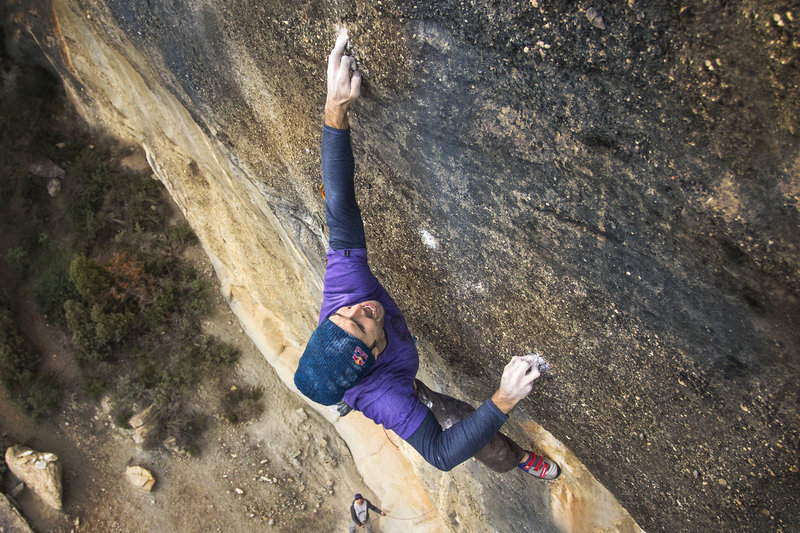 A Red Bull sponsored athlete, Chris Sharma proves that he still has the guts and determination, to say nothing of the power and skill, to commit to and succeed on a first ascent that is at the highest levels in the world. Alongside Adam Ondra, Chris Sharma is still ‘out-there’ and this video shows why.

Incidentally, Chris is climbing in Evolv’s lastest rock shoes, the Luchador SC, which Chris designed for Evolv. It was reviewed by Keith Sharples as part of the CLIMBER rock shoe review which will be in the June edition of CLIMBER due out at the beginning of May.