Finnish climber, Tomi Nytorp, has just completed his 20 year project in Finland to give Privatvägen. 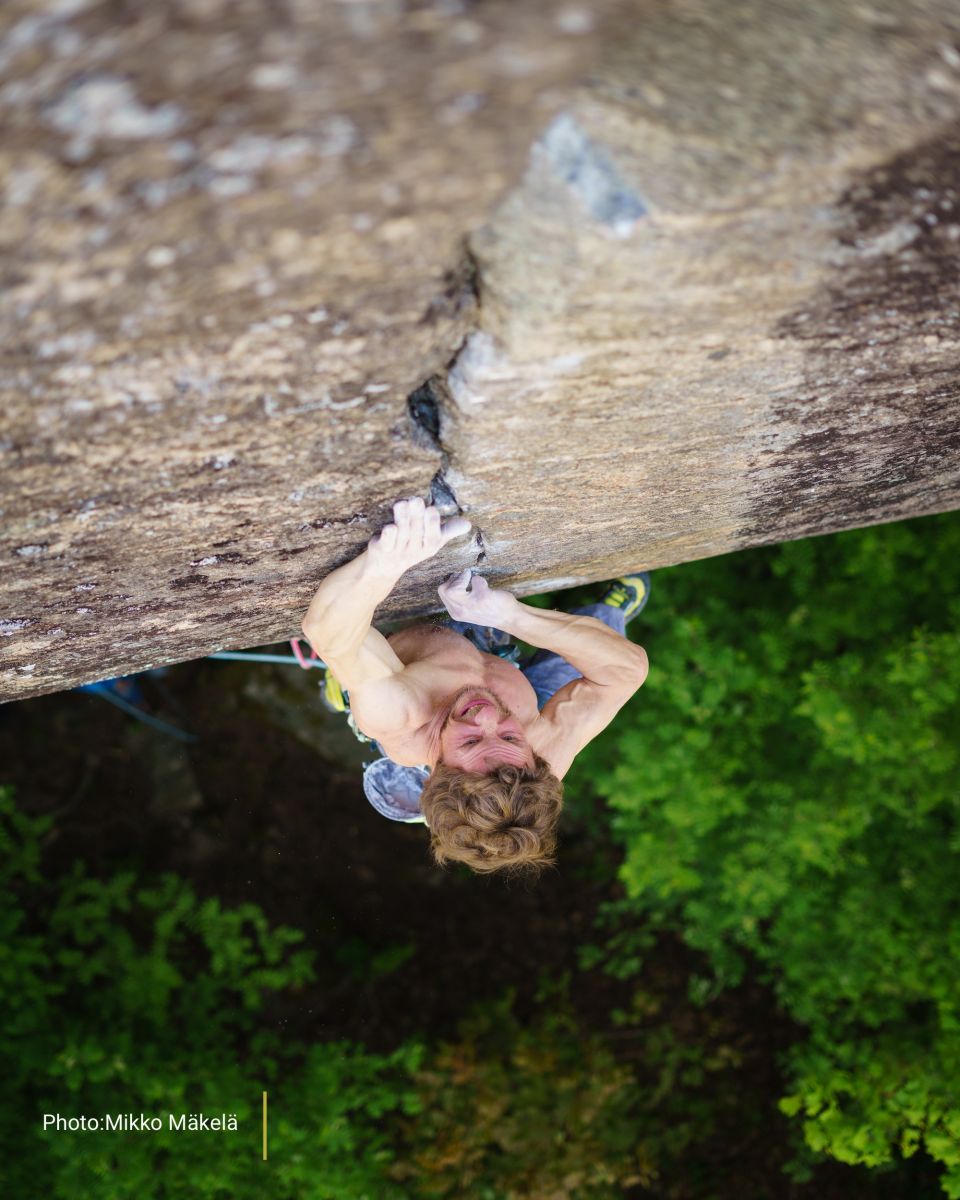 The news of Tomi Nytorp’s break through was broken by Antti Liukkonen writing on Työväenkiipeilijät.blogspot.com; fortunately however, an English translation has been posted on 27 Crags.

Forty year-old Tomi Nytorp is something of a legend in Finland; as well as national championship medals he has ticked a number of F8c+ & F9a routes over the years including Escalatamasters F9a in Spain and Essential F9a in the Frankenjura, Germany.

His ascent of Privatvägen came on May 14th having first tried the line 20 years ago.  Tomi Nytorp’s belayer, Olli-Petteri Manni, has also tried the moves on Privatvägen and found them utterly desperate: ‘We’re not talking about little bit challenging route here, but about extreme difficulty. If you compare Privatvägen to Syncro or to Kärlek in Bohuslän (F8b trad), they are in totally different leagues.’

In the interview on 27 Crags, Tomi Nytorp described the route:

‘The crag is about 17-18m long and shaped a bit like a half of a ball. Because the route traverses a bit sideways the total length is about 25m. Visually it’s really beautiful as for multiple meters there’s nothing but smooth rock on both sides of the crack. Overall the line is very clear and beautiful.

The start is a bit overhanging with rather good holds for about 10m with the difficulty of about 7c. In the end of this section the profile eases a bit then the crux begins. As there’s a lot of drag on the rope we were thinking about ways to minimize it with my friend Olli-Petteri Manni. The result was that I climbed the first section with double rope so that one of the ropes was in my harness with a carabiner. Just before the crux after I have clipped in few good pieces I drop one of the ropes. The nice thing is that the protection is so good that there’s no need to worry.

Overall the holds are rather good but the tricky part is that there’s not really any rests and you need to start the crux without any rest. The crux consists from 7 powerful boulder moves on a very thin vertical crag. You’re not able to jam it but you need to use long gaston lock offs. What increases the difficulty are the bad footholds which are found also in the more difficult parts. I tried multiple different hand sequence variations but this seemed the best. As it’s very clear line I don’t thinks there’s many tricks you can pull off to make it easier.’

In the interview Tomi Nytorp talks about the protection on the route, the specific training he did and also compares Privatvägen to other hard routes he has done like Syncro, Speed and Essential.

Click through here to see more photos of the route by Mikko Makela.

Click through here to read the full interview in English on 27 Crags.